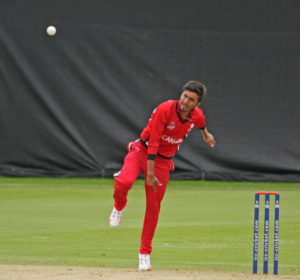 August 2009: Became the youngest player to debut for Canada in first-class matches when he played in an Intercontinental Cup game against Kenya.

February 2010: Became the second youngest player to play ODIs at the age of 15 years and 273 days. Was also a part of the Under-19 World Cup team.

ICC World Cup 2011: Became the youngest player to play in the history of the tournament, representing Canada.

August 2013: Scored his maiden ton smashing an impressive 103 against UAE during the Intercontinental Cup Games.

January 2018: Named as the captain of Canada’s squad for the 2018 ICC World Cricket League Division Two tournament in.

June 2018: Selected to play for the Toronto Nationals in the players’ draft for the inaugural edition of the Global T20 Canada tournament.

September 2018: Named as the captain of Canada’s squad for the 2018–19 ICC World Twenty20 Americas Qualifier tournament.

Leading wicket-taker for Canada in the tournament, with eleven dismissals in six matches.

May 2019: Selected by the St Lucia Stars during the Caribbean Premier League 2019 Players Draft.

The only Canadian player to be drafted by any of the six participating Franchises.

June 2019: Selected to play for the Brampton Wolves in the 2019 Global T20 Canada tournament. 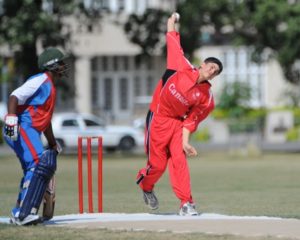 Pace bowling talent recognized at the Ontario Cricket Academy when he was only 10 years old,

Selected for the Canada U-15 squad at age 13

Recorded scores of 69 and 64 against Bermuda during King City hosted Pre Tournament Warm Up matches. 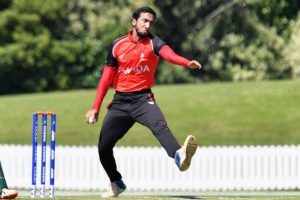 Canada’s leading wicket-taker at the 2018-2019, New Zealand hosted ICC U19 World Cup. His 5-48 against Bangladesh was the very first five-for in the entire Tournament.

Been a trainee of MRF Pace Foundation for 2 years under Glenn McGrath former Australian cricketer.