Mix of Experience And Youth Among Montreal Tigers’ Canadians!

The Montreal Tigers selection of Nikhil Dutta, Dillon Heyliger, Arslan Khan, Bhupinder Singh and Yax Patel as the Franchise’s Canadians for this year’s GT20 Canada Tournament is an interesting mix of experience and youth. The Tigers will be hoping that the Canadians make full use of their provided playing opportunities with inspired performances to help improve on its bottom of the table record at the end of the 2018 Inaugural GT20 Season. 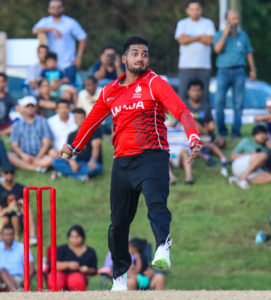 Kuwait born Nikhil Dutta (born 13 October 1994) is a right-handed batsman who also bowls right-arm off spin. Dutta made his One Day International debut for Canada against Kenya in March 2013.

He was originally included in Canada’s squad for the 2015 ICC World Twenty20 Qualifier tournament in July 2015, but he chose to stay with the St Kitts and Nevis Patriots in the Caribbean Premier League.

Dutta played for St Kitts and Nevis Patriots in the 2015 Caribbean Premier League; he played in three matches with his most notable wicket being former-England international Kevin Pietersen. Later that year, Dutta was signed by the Barisal Bulls, one of the six teams playing in the 2015 Bangladesh Premier League. He played one game, taking 3/18.

In January 2018, he played in the 2018 ICC World Cricket League Division Two Tournament, ending up as Canada’s leading bowler, with 11 wickets. 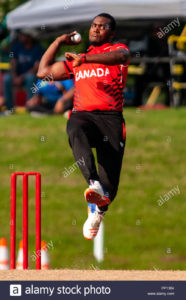 On 3 June 2018, he was selected to play for the Montreal Tigers in the players’ draft for the inaugural edition of the Global T20 Canada tournament. In September 2018, he was named in Canada’s squad for the 2018–19 ICC World Twenty20 Americas Qualifier tournament.[5]

In June 2019, he was selected to play for the Montreal Tigers franchise team in the 2019 Global T20 Canada tournament. The genesis of his earlier playing days saw him representing Guyana at all the junior levels, including once with a Guyana Under-15 team during a tour to England.

He was also a member of the National T20 squad without getting a game. Those inclusions and experiences have helped to equip him with the ideal temperament suited for the shortest form of the game. 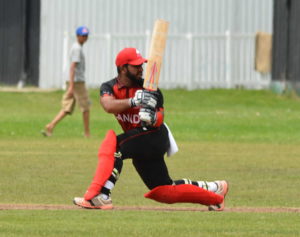 Arslan’s highest score of 94 against Bermuda, earned him Player of the Match honors and contributed to his impressive 47.00 Tournament average, earning him further Bermuda media accolades as “Canada’s brick wall!” Canada remained undefeated and thereby qualified for the 2016 ICC U19 Cricket World Cup. With an aggregate of 181 runs and an impressive 45.25 average, Arslan again emerged as Canada’s the highest run scorer during the Bangladesh hosted ICC 2016 U19 World Cup. 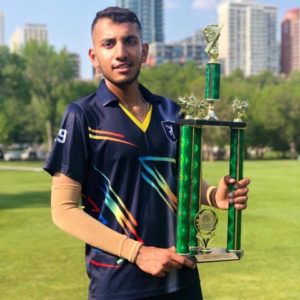 Yax Patel received his initial exposure to GT20 Canada as a net bowler for both the Montreal Tigers and the Edmonton Royals. The left arm spinner impressed renowned Coach Tom Moody with his impressive demonstrated skills in capturing several wickets including those of Andre Fletcher. Luke Ronchi and Sunil Narine.

Patel views himself as an all-rounder, capable of holding his own as a middle-order batsman and more than worth his weight as a left–arm spinner who includes the chinaman in his repertoire. He is also reputed to be an excellent fielder.

Patel started playing his cricket when he was just 10 years old. He played u-12 domestic cricket in India, then moved to Canada at the age of 14 and started playing local tournaments from that point onwards.

Yax Patel currently resides in Edmonton and plays his domestic cricket in the Alberta Cricket Leagues. 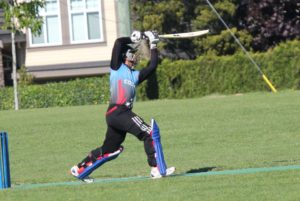 India born (September 17, 1994) Bhupinder Singh represented the Punjab U-16 and was its captain for a full year. He also captained the Punjab U19 for 3 years and was a four year member of the Senior Kotach Shield Team.  Singh played for India’s U-19 North Zone and was good enough to be invited to a ZCA Camp organised by the BCCI. He played District cricket for 5-6 years.

Having immigrated to Canada Bhupinder Singh now plays for the Cosmos Cricket Club. During 2018 he was with Pakcan Cricket Club and was also a GT20 Draft pick. Singh has played many tournaments in Canada and had some good batting performances. One of his best innings was in a Tournament Final where he scored a whirlwind 73 of off only 15 balls.