The Winnipeg Hawks have retained West Indies’ all-rounder Dwayne Bravo, South Africa’s JP Duminy and Australia’s Chris Lynn as marquee players for the GT20 Canada 2019 Tournament. The trio will be expected to lead the Hawks to a much improved showing than was experienced last Season, during which they only recorded two wins. 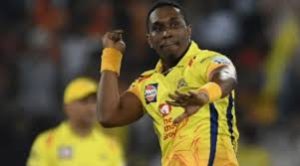 There are hardly any players in the modern era who have been celebrated in the way that Dwayne Bravo has been. The West Indian’s flair and personality have been peerless.

A street-smart cricketer with both bat and ball, Bravo was also an astonishing fielder. All these meant that he was one of the best sought-after names in T20 Leagues. He was made for white-ball cricket due to his versatile skills. Bravo could bowl as a conventional seam bowler but particularly excels in the slog overs of the innings where was priceless for his side.

As a batsman, he was underrated but continued to chip in whenever needed although it was as a bowler and fielder that Bravo took rapid strides at his peak. His multi-dimensional skills gave him lucrative offers from T20 leagues, which led to him preferring those to international cricket.

It was the IPL that established the brand of Bravo in the T20 format. After a moderate start in the tournament with Mumbai, the shift to Chennai did the trick for the all-rounder. He went on to become one of the main faces of the franchise along with skipper MS Dhoni and Suresh Raina. His persona matched the franchise’s fan base and he was one of the vital cogs of Chennai’s success. The fame saw him getting massive offers from the other leagues as well and he soon became a sensation in the format, often being among the most sought after names at the player auctions.

With no international cricket, Bravo is a freewheeling T20 cricketer these days and is relishing his favorite format. Despite a few injuries in late 2016 and early 2017, he has returned to peak fitness and as shown in the 2017-18 BBL season, he still has enough fuel in the tank, at least for T20s. Apart from his skills; the entertainment he provides through his antics makes him a total entertainer. There is no doubt that Bravo is still an indispensable name in the format and this could be true for the next few years as well.

South Africa’s Jean Paul Duminy was snapped up for a whopping USD 950,000 by Mumbai during the auction for the second edition of the IPL. Several factors worked in his favor – most of the top players had been bought at the previous auction, he was an emerging talent, and he just had an outstanding international season. 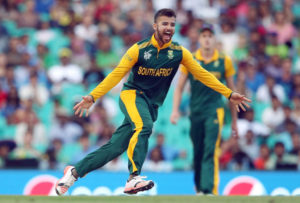 He has managed to maintain his consistency in the shorter formats of the game, top scoring for the Cape Cobras with an average of 112 and with a strike rate of 140 in the inaugural Champions League T20 tournament. He had also done well in the IPL, and had one of the highest averages in the IPL for Mumbai, more than Sachin Tendulkar and Sanath Jayasuriya.

Duminy has played in a lot of franchise T20 Leagues across the globe and is a valuable asset to any team he plays in. His utility off spin and excellent fielding skills are a huge boost in addition to the effective batsman that he primarily is. 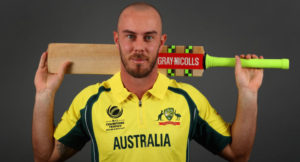 Australia’s Chris Lynn is a well-built, hard-hitting right-hander from Queensland and one of the most accomplished batsmen in the Australian domestic circuit. His ability to take on even the best of bowlers is a big plus while he also has the knack of adapting to situations and to different formats.

Impressed by his batting and fielding skills, the Australian selectors presented him with the Australia cap for the home T20I series against England in January 2014. He wasted no time and bludgeoned a violent (albeit typical) 19-ball 33 on debut.

His game-changing abilities have already made him a bit of T20 legend. Back home in Australia, the Brisbane Heat franchise signed him for the inaugural edition of the Big Bash League in 2011 and that is where he became a household name. He has been the ‘man of the tournament’ in the last two seasons of the BBL. In his most recent season, he was dismissed only twice and scored 309 runs at an astonishing average of 154.50 at an inconceivable strike-rate of 177.59. In the preceding season, he was the top-scorer in the BBL with 378 runs at an average of 54, and again at an unprecedented strike-rate of 173. He also holds the record for the most number of sixes in the history of the Big Bash League (94), and the most number of runs for the Brisbane Heat (third overall in the BBL). He clearly has some astonishing numbers in the Big Bash League, but one of the defining moments of his T20 career has been the over from Australian Test bowler Ben Hilfenhaus, in which he carted 5 sixes.

Needless to say, he continues to be the most dangerous player in the Brisbane Heat batting line-up and would probably make it to the top of the opposition’s list of problems as well in the near future. He was also a part of the 2018 CPL in the Caribbean, but quit the tournament mid-way, returning to Australia to work on his batting in pursuit of his dream of playing the World Cup in 2019.

He was roped in by the Deccan Chargers for 4th and 5th seasons of the Indian Premier League before the Sunrisers Hyderabad signed him for the 6th season. After being released by the Hyderabad franchise, Lynn went into the auction pool for the 2014 edition and was roped in by the Kolkata Knight Riders. He immediately made an impression, pulling off a stunning (and potentially match-winning) catch to dismiss AB de Villiers at deep mid-wicket. The pivotal catch and a quick fire 45 won him the man-of-the-match award.

But a dodgy shoulder and other commitments ensured he missed most of the 2014 and 2016 editions and the entire 2015 IPL. The 2017 season saw him carting 295 runs from 7 games at an average of close to 50 which included 3 fifties. His best of 93* came against Gujarat Lions as he smashed 6 fours and 8 sixes during the knock. He went on to make several major contributions with the bat for the Kolkata franchise in the same season, most notably, a record 106-run opening partnership off 36 balls with Sunil Narine.

2018 was the only season in which he played all the games for KKR and was awarded Man of the Match twice. A slightly restrained Lynn scored 491 runs from 16 games at a strike-rate of 130.24.