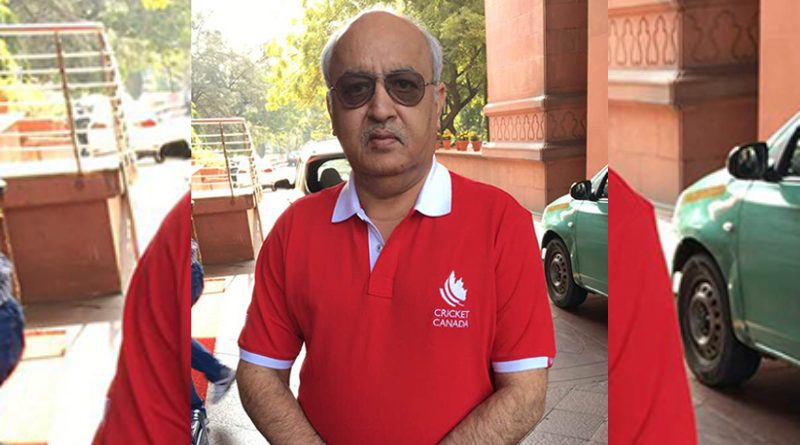 Welcome to the Premiere Issue of Wickets, Cricket Canada’s Online Monthly magazine. As Cricket Canada’s President and on behalf of my fellow Executive Board Members, it gives me great pleasure to welcome you as Readers.

Wickets has been developed as a publication vehicle towards Cricket Canada’s achievement of its promotional objectives, within its recently developed and adopted Strategic Plan. Under its “Go Canada” theme, one of the Strategic Plan’s core objectives is to raise the profile of cricket through promotion and public engagement.

As an official Cricket Canada publication, Wickets’ monthly issues will serve to bring to public attention the very latest news and information on the initiatives and activities of all those who are now at the forefront working towards the further development and promotion of Canadian Cricket. These include our Cricket Canada Executives, the Board and its Provincial Member Associations, players, officials and coaches.

As such this Premiere Issue includes introductory features on each of Cricket Canada’s Member Provinces. It also includes in depth coverage of the recently hosted and concluded Inaugural Season of the Global T20 League.

With its international marquee players and its worldwide television audience of millions of viewers, the Global T20 League has served, as was intended, to broaden global awareness of Canada’s immense potential to become a recognized cricketing nation. The highly commendable performances of the 21 Canadian players who participated in the League’s 22 staged matches could only have enhanced such awareness in a most positive manner.

These are indeed very exciting times for Cricket Canada as we seek to realize our Corporate Vision of transforming Canada into a leading Cricket nation through growing popularity, building a sustainable organization and achieving international success. On behalf of our Board and everyone involved in this process, I invite you to join us on this most exciting journey as Wicket’s Readers.

Share copies of its Issues with as many of your contacts as possible; give us your valued feedback on its provided content. In short become publicly engaged as active stakeholders in the further promotion and development of cricket, the unbridled love as a sport for which we all commonly share.

A New Day Has Dawned For Canadian Cricket!