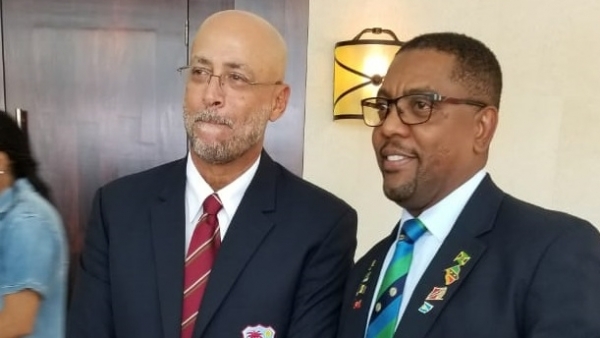 Dave Cameron's controversial reign as the Cricket West Indies President has finally come an end after six years. Pitted against former West Indies team manager Ricky Skerritt, Cameron lost by an 8-4 margin after the March 24 elections were conducted through a secret ballot.

Emmanuel Nanthan, who was also standing for a fourth term as Cameron's deputy, was defeated by the same margin by Kishore Shallow, an entrepreneur, and president of the St Vincent & The Grenadines Cricket Association. Both Skerritt, who is 62, and Shallow, 35, are also CWI directors.

Cameron had to swallow the embarrassment of defeat on home turf after he is understood to have moved the CWI annual general meeting to Jamaica. The turnaround would have come as a major surprise for Cameron, who was part of the CWI for 17 years, having taken charge as board president in March 2013, replacing Julien Hunte, before which he was a vice president of the board. Cameron served in the president's seat for three terms.

Just two days before the election Cameron had publicly indicated his belief that he couldn’t lose, es­pe­cial­ly with three ter­ri­to­r­i­al boards supposedly al­ready in his cor­ner.
Cameron had also indicated that he had re­fused to do ex­ten­sive cam­paign­ing in the lead up to the heav­i­ly an­tic­i­pat­ed meet­ing

“We have three of the ter­ri­to­r­i­al boards com­ing out and clear­ly say­ing that they are in sup­port of the plans and the way for­ward. That means we have six of the pos­si­ble 12 votes. My un­der­stand­ing is that this means that we can’t lose.”

Listing some achievements, Cameron and Nathan said they were "happy" to be leaving having handed contracts to 123 players, creating a "home" for the board at Coolidge Cricket Grounds in Antigua, overseeing West Indies winning the recent Test series against England at home and the "world championships" which included the twin World T20s titles which Darren Sammy's team won in 2013 and 2016.

It is highly doubtful however that the players, especially some of the senior ones like Sammy would agree with Cameron's self-appraisal. Sammy is among several senior West Indies players who have had fallout with Cameron. The biggest player revolt against Cameron took place in 2013 when Dwayne Bravo and his squad decided to abandon the tour of India over contractual disputes with CWI.