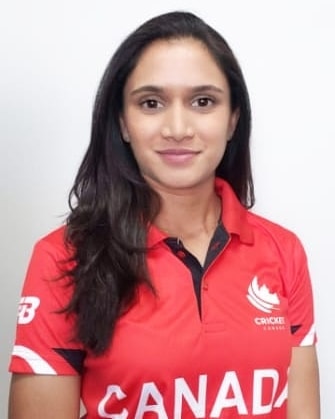 The Canadian Women’s cricketers quest to qualify for the both ICC’s T20 and 50 Over World Cups 2020 ended in absolute dismay as they were convincingly defeated in each and every one of the games played as part of their May 17-19 3 match Americas Region Qualifiers Series against their US opponents. The US won all three matches by convincing margins of 10 wickets in the 1st T20, 38 runs in the 2nd T20 and 37 runs in the 3rd T20.

In the 1st T20 Qualifier played at the Central Broward Regional Park in Lauderhill, Florida, on May 17 , Canada Women batting first, having been sent in by their US hosts, could only manage 66/6 (20 Ovrs). Kamna Mirchandani 21 was the Canadians top scorer while Lisa Ramjit took 2/5 (4) bowling for the US.

Set a paltry 67 for victory the US Women, led by Erica Rendler’s 47 easily reached their target off just 10 0vers without losing any wickets.

Set a victory target of 114 at a required run rate of 5.7 runs per over, the Canadians were dismissed for 76 off 18.2 overs. Chuntell Martins’

With the Series already lost and their ICC Qualification hopes having vanished, the Canadians were only slightly less woeful in the May 19 dead rubber 3rd T20.The USA won the toss and batted themselves to 116/6 off their 20 overs. Sindhu Shriharsha 42*(33) , Shebani Bhaskar 30 (19) and Onika Wallerson 23 (44) were the top scores. For Canada Saniyah Zia claimed 3/22 (4).

Canada’s quest for a pride salvaging victory fell short by 35 runs as they only managed to reach 81/6 in their 20 overs. Saniyah Zia followed her impressive bowling by scoring 15*(20) but the rest of the Canadian batting was stymied by Lisa Ramjit’s outstanding bowling. Ramjit took 3/11 (4) to lead the US to victory.