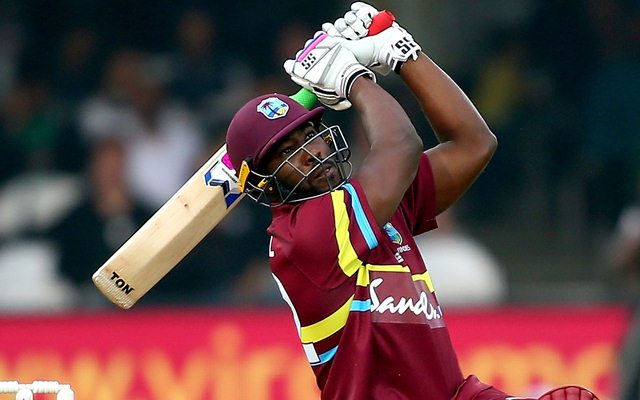 Andre Russell has represented West Indies in only a single one-day international since 2015 but his World Cup call-up was not surprising and the hard-hitting all-rounder is hungry to represent the Caribbean side again.

Contractual disputes between the players and Cricket West Indies have weakened the team for several years now with the frosty relations famously culminating in the 2014 tour of India being called off midway through the series.

There have been signs of a thaw recently, however, with a new leadership team in place at the board and the twice 50-over World Cup champions have included former captain Chris Gayle and Russell in their 15-man squad.

The 30-year-old Russell was in blistering form for the Kolkata Knight Riders in the recent Indian Premier League and possesses the highest strike rate of over 209 in the Twenty20 tournament while scoring 406 runs in 11 games.

'I wasn't surprised that I was a part of the World Cup squad,' Russell had told reporters ahead of KKR's home match against the Mumbai Indians at the Eden Gardens.

'I've been doing well, I've been back and forth with the selectors and the coaches back home. I know once I'm doing my work here and performing, that will lead to national duties.

'I wasn't really focused on the World Cup. I was just trying to make sure that whatever happened here, I did my best and put my best foot forward.'

Russell, who also bowls medium pace, is averaging 58 with the bat and has smashed 42 sixes during the 2019 edition of the IPL – 10 more than closest rival Gayle, who plays for the King's XI Punjab.

The Jamaican, who has also taken eight wickets, has been the standout performer for his franchise, who have lost their six consecutive matches after picking up four wins in their first five outings of the tournament.

Russell hopes he can continue his form into the May 30-July 14 World Cup, where the 1975 and 1979 champions open their campaign against Pakistan in Nottingham.

'I'm so hungry now to represent the West Indies,' said Russell, who played for West Indies against Bangladesh last July in an ODI for the first time since November, 2015.

'The last time I joined the West Indies team was recently, when I had taken two injections to better my knee and it flared up again. I was so upset. I was watching the game against England and couldn't do anything about it.

'But as I said, I'm so hungry right now to represent the West Indies and smash sixes and do what I've been doing here and score hundreds.'