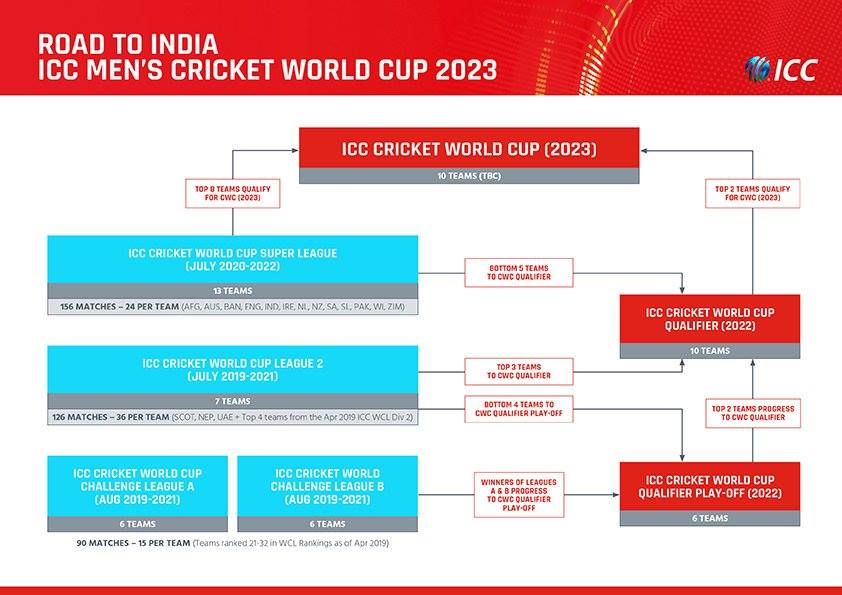 Long Road Ahead For Canada Towards The 2023 ICC World Cup!

Having fallen agonizingly short of regaining ICC ODI status and League 2 qualification as a result of its fifth place finish at the recent Namibia hosted Division 2 Championships, Canada now faces an arduous road ahead in its quest of ICC 2023 World Cup participation. The preceding charts outline the process Canada will now have to follow if it hopes to get to India in 2013.

Canada will first have to play against the likes of Hong Kong, Kenya, Uganda, Denmark, Singapore, Jersey, Malaysia, Saudi Arabia, Bermuda, Qatar and Italy and emerge among the top two countries of the Challenge League. Assuming it cross that initial hurdle, Canada’s next step will be the Play Offs against Nepal, Scotland, UAE, Papua New Guinea, Oman, Namibia and the US.

The top 2 teams from the Playoffs will then progress to the next stage which will be the World Cup Qualifier to be contested among the bottom five Super League countries, the top 3 League 2 teams and the top 2 Play-Off representatives. The World Cup Qualifier’s top 2 teams will then progress to India to compete along with the hosts and the top 7 Super League countries for the 2023 World Cup honors.

A long winding, very difficult road ahead without question, but one that is now unavoidable and which must be traveled. As such all concerned parties would do well to ensure that they are on exactly the same page in deciding how best the journey can be embarked on so as to achieve the most desired outcome of ultimately making to India in 2023 as the final destination. All aboard!