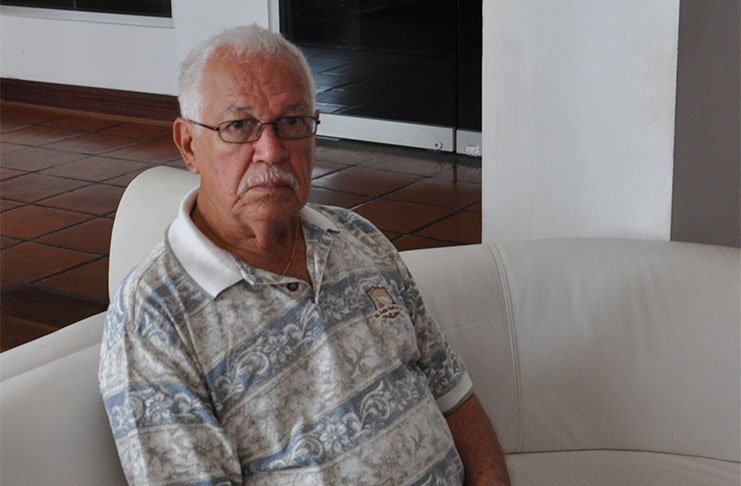 The 1951 British Guiana/Barbados meeting at Bourda allowed me to see my initial First Class game, and it turned out to be a marvelous experience. The West Indies were touring Australia at the same time and the Barbados team was badly affected by the loss of the 3-Ws and Roy Marshall, with British Guiana losing only Robert Christiani and John Trim. It was a great spectacle to see the two represented teams take the field. Barbados batting first got to 397 all out with Norman Marshall getting 134 of those runs. The Guianese opening pair of Leslie White and Glendon Gibbs produced a record-breaking opening partnership of 390 runs with Gibbs scoring 216 whilst White was not-out 262. That partnership set a West Indies First Class record that stood for over 50 years before it was broken by the Jamaican pair of Chris Gayle and Leon Garrett. Guiana rattled up 692 for 9 to then bowl Barbados out for 385 runs, Gaskin took 6 for 84. The opening partnership between White and Gibbs was almost impossible to believe as they were not-out at lunch and at tea and walked off the field at close of play unbroken in their partnership.

Incidentally, they both played one Test match each, White at Bourda in ’53 against India and Gibbs against Australia in ’55 at Sabina Park.

In those early days there was no water cart on any ground. There were 2 guys, 1 with a tray of glasses, the other with a huge water jug. At the GCC spectators placed bets on who would get back to the pavilion steps first.

No ODI Retirement As Yet Says Universe Boss!