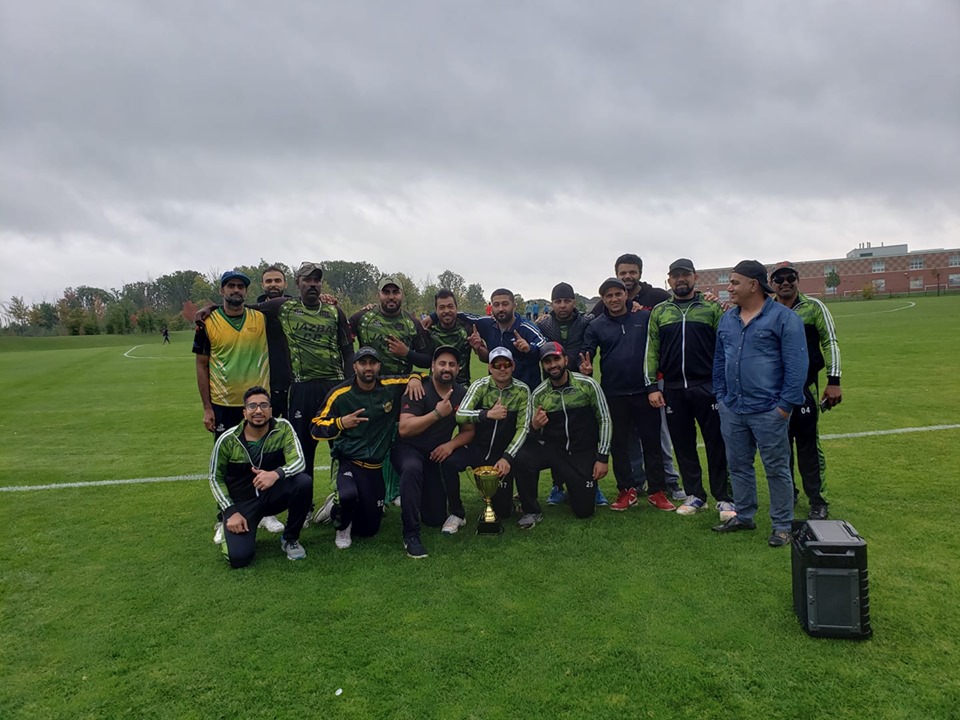 Jazba CC won the September 28, 2019 BEDCL T25 Super Elite Grand Finale in emphatic fashion. In so doing Jazba made history by becoming the very first team to ever be crowned as BEDCL Super Elite Champions!!!

In the Championship Final Jazba’s opponents Scorchers won the toss and elected to bat first. Both Scorcher openers JugRaj Ghuman (46) and Prabhjot Singh (31) played some magnificent shots and tackled some quick deliveries with confidence to give their team a blazing start.

Jazba’s GT20 star Jeremy Gordon was the first to strike, bowling Prabhjot with a fierce yorker. Jazba’s captain Nasir who took the prize wicket of JugRaj Ghuman looked the most dangerous of the eventual winners’ bowlers.

Jazba CC's bowling attack has been relentless all season long. Big time efforts from another GT20 star Umair Ghani, Jeremiah Powell, Pragash Podiratnam and Imran led the way back for Jazba after the Scorchers had seemed headed towards a mammoth 200+ total. Sahil Bansal played wonderfully to help the Scorchers reach a competitive 195 run total.

Chasing 196 in 25 overs, Jazba got off to its best start of the season with Jeremiah Powell (100) Sherwin Layne (35) hitting boundaries with ease and keeping the run rate at a very high level. Powell hit one of the most exciting centuries Jazba’s vocal supporters could ever recall and doing it in the grand finale must have made it so much sweeter!!! After the double losses of Powell and Layne, it was Jameel Maniram and Pragash Podiratnam who continued the onslaught and eventually chased down the 196 run total in just 14.3 overs!!!

Man of the Match honors were of course awarded to Joewayne Powell for his marvelous 100 off just 43 deliveries including 9 huge sixes.

Congratulations to all Jazba CC members on one amazing season that truly showed to all teams that they are a force to be reckoned with.