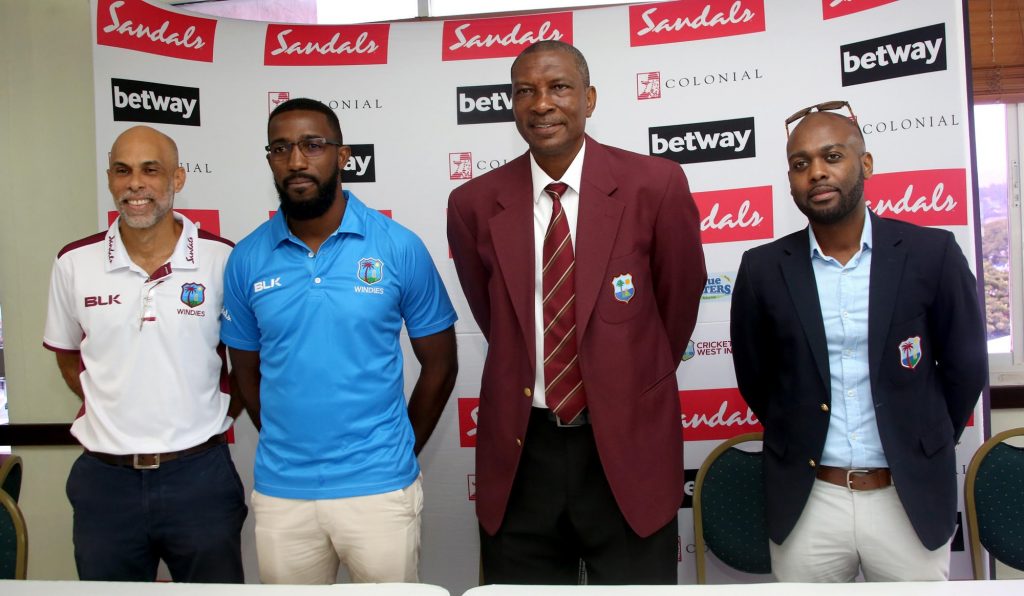 Brandon King, Hayden Walsh Jr and Romario Shepherd get their debut West Indies call-ups in the first squads selected by the new senior selection panel of Roger Harper, Miles Bascombe and coach Phil Simmons for the upcoming series versus Afghanistan in India from November 4 - December 1.

There were also recalls for talented young fast bowler Alzarri Joseph, alongside veterans Denesh Ramdin and Lendl Simmons. Joseph missed the recent India home series and World Cup due to the injury he suffered on IPL duty with the Mumbai Indians.

Ramdin last represented the West Indies in T20 Internationals on last November’s tour to India, while for Simmons it was the 2017 home rubber against Afghanistan.

In a lively and transparent October 16 press conference at the Queen’s Park Oval, the new selectors answered many questions regarding the players they had chosen.

Here are some of the highlights:

On Hayden Walsh Jr: “During CPL he excited everyone with his performances and given the direction white ball cricket has gone, we realize the need for bowlers capable of taking wickets. Walsh has proven he is a wicket-taker and I think he will have a great impact on the team, especially in middle overs so that we won’t be drifting through but can keep control of games” - Roger Harper, CWI Lead Selector

“Haydn Walsh Jr qualifies to play for the West Indies, there were no issues at all, we checked with the ICC (International Cricket Council) early and they confirmed” - Jimmy Adams, CWI Director of Cricket

On Brandon King: “He had an outstanding season, made runs in our domestic four-day competition and followed it up with an outstanding CPL that demanded a place in the team.

We were impressed not just by his stroke play, but his maturity and wish him all the best.”

We recognized Darren has not been at his best as we have seen over the years. Therefore we wanted to give him the opportunity to go away, maybe play club cricket, but definitely our regional cricket, get his game right and come back to being the best he can be, so that he can make a real positive impact for our West Indies team and be the force we know he can be in world cricket.”

On Chris Gayle: “Gayle told us he is unavailable for Afghanistan Series, but we all know Chris, he is a world class player with a tremendous record and of course it’s difficult to replace Chris Gayle.

But I think going forward it is in a way an opportunity for young players to showcase their skills and make a name for themselves as we look ahead to the next two T20 World Cups in 2020 and 2021 and the future.”

On Denesh Ramdin: “One of the things we tried to carefully do in all three squads is have a wicket keeper as cover. Denesh brings with him a lot of experience and as a batsman can contribute in the middle if required and I think he will add a good blend to the team as well.”

On Lendl Simmons: “Similar to Brandon King, his weight of runs in the CPL prior to the squad selection made us had to consider him. When we looked at balance of team, we needed a player like him because he is a versatile batsman.”

On Shannon Gabriel and Sunil Narine: “With Gabriel there are some medical concerns which we will learn more about it in the future, but because of that he was unavailable. Due to injury Narine suffered in CPL, he wasn't considered for selection. But I think a fully fit Sunil Narine will come into serious contention for any team he is available for.”

Commenting on his appointment as Cricket West Indies Lead Selector, Roger Harper the 56 year old Guyanese who served West Indies with distinction as a player and coach, explained how he hopes this new selection system dispensation can bring about on field success to the senior team.

“I want to thank Cricket West Indies for placing faith in me for this role. Having been coach for much of my post playing career, I’m under no illusions how picking the senior West Indies team is a key component of our cricket” said Harper

He continued: “If the West Indies team is to move forward it’s an area we have to get right. I look forward to working with coach Simmons, fellow selector Bascombe, taking the advice of captain Holder and Pollard so that we make this process as transparent as possible, so that every player who is performing and meeting the criteria, will feel they have a fair chance at being selected. Once we do that I believe players will give their best and we will see a positive effect of that on the field.”

Miles Bascombe whose role as a selector will see him assist in picking the junior panels alongside the senior team as outlined previously, echoed Harper’s sentiments.

“I have been selecting West Indies teams for years now as a fan, but of course only now doing it officially. The teams I will contribute to selecting now, will be the ones that will go out on the actual field of play. It’s a role I take very seriously” said Bascombe.

Like Roger (Harper) I believe we have a great opportunity to return confidence to the selection process, if we are able to demonstrate the teams we select are based performance then we would have accomplished what we would have been called to do.”

“We have come a long way compared to where we were a few months ago with no selection policy. Now after going through this comprehensive recruitment process and to arrive at these candidates, I'm very confident West Indies cricket is in a very good place moving forward”

“On behalf of President Skerritt and I, we would like to take this opportunity to congratulate all appointees and wish them all the best. Special praise also to Director of Cricket Jimmy Adams, CEO Johnny Grave and CWI staff who worked tirelessly in recent months.

This is the first time to my knowledge that we have had a female selector for West Indies. I’m really happy for Ann, who has been a stalwart of Caribbean Women’s cricket and I couldn’t think of a person more fitting for this role.”

• Rovman Powell, who was in the last T20I squad against India and got injured during CPL, the selection panel and CWI medical team is continuing to monitor his progress.

• Andre Russell is unavailable due to the injury he suffered in CPL. 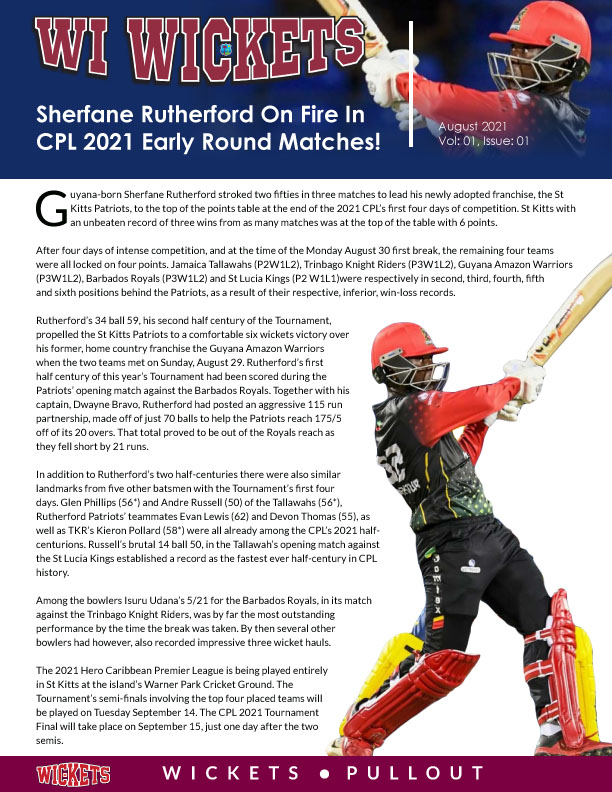 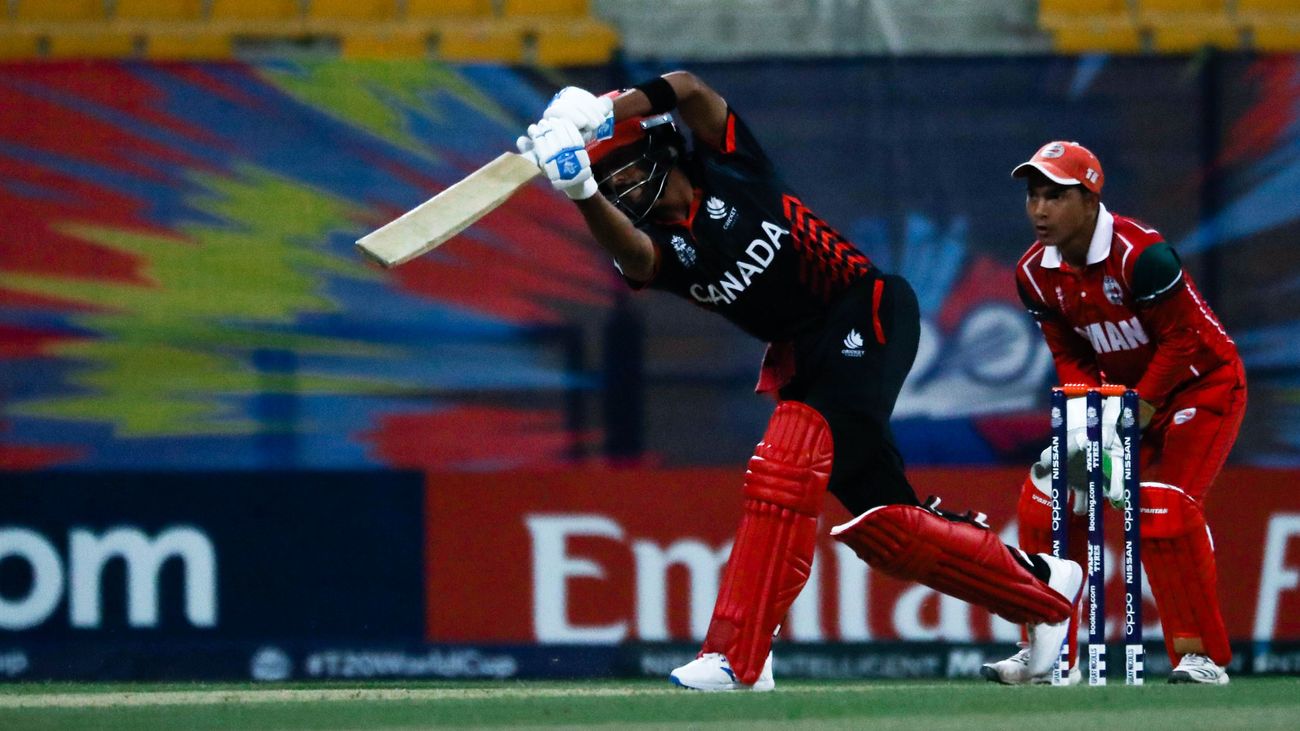