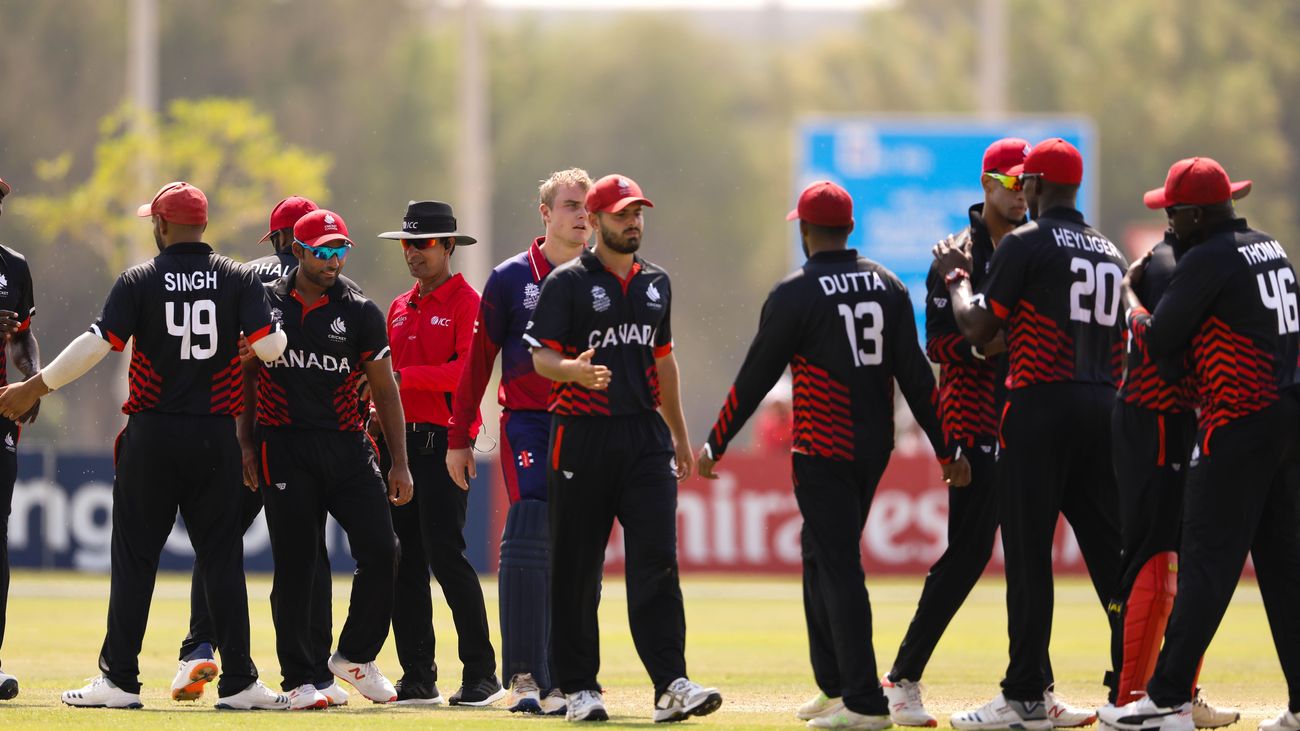 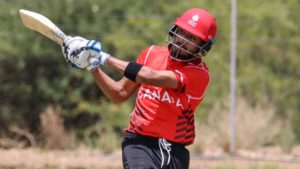 Nitish Kumar's rapid 36-ball 83 helped Canada reach a comfortable total, following which their fast bowlers Dillon Heyliger and Jeremy Gordon scythed through the Jersey line-up to wrap up a 53-run win in their opening game at the Tolerance Oval in Dubai. Jersey collapsed around Jonty Jenner's 32-ball 56 as they were skittled out for 123, losing their last four wickets in a space of 11 balls.

Asked to bat first, Canada's openers Rodrigo Thomas and Navneet Dhaliwal brought up a brisk 50-run stand but they lost their wickets soon after, within a space of four balls. Kumar and Nicholas Kirton then combined to steady their innings, with Kumar playing the role of an aggressor, bringing up his fifty in 25 balls.

After Julius Sumerauer dismissed Kirton on the first ball of the 17th over, Kumar took him for two sixes and a four in the same over and followed it up with a couple of more big hits in the next over. He fell 17 short of his maiden T20I century, after being stumped off a wide in the 19th over, but his innings helped Canada to a competitive total. 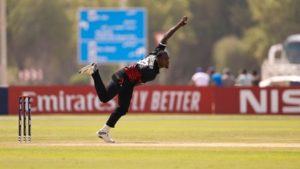 In response, Jersey faltered in the 177-run chase, losing two wickets for 13 within the second over. Jenner, at No. 4, tried to resurrect their innings although wickets kept falling at the other end. He fell in the 14th to Nikhil Dhaliwal, leaving Jersey requiring 70 off 38 balls with four wickets remaining. But after Anthony Hawkins-Kay became Heyliger's third in the 16th over, Gordon returned for his second spell in the next over to leave Jersey nine down in a space of three balls, before the run-out of Dominic Blampied next ball sealed a comfortable win for Canada.