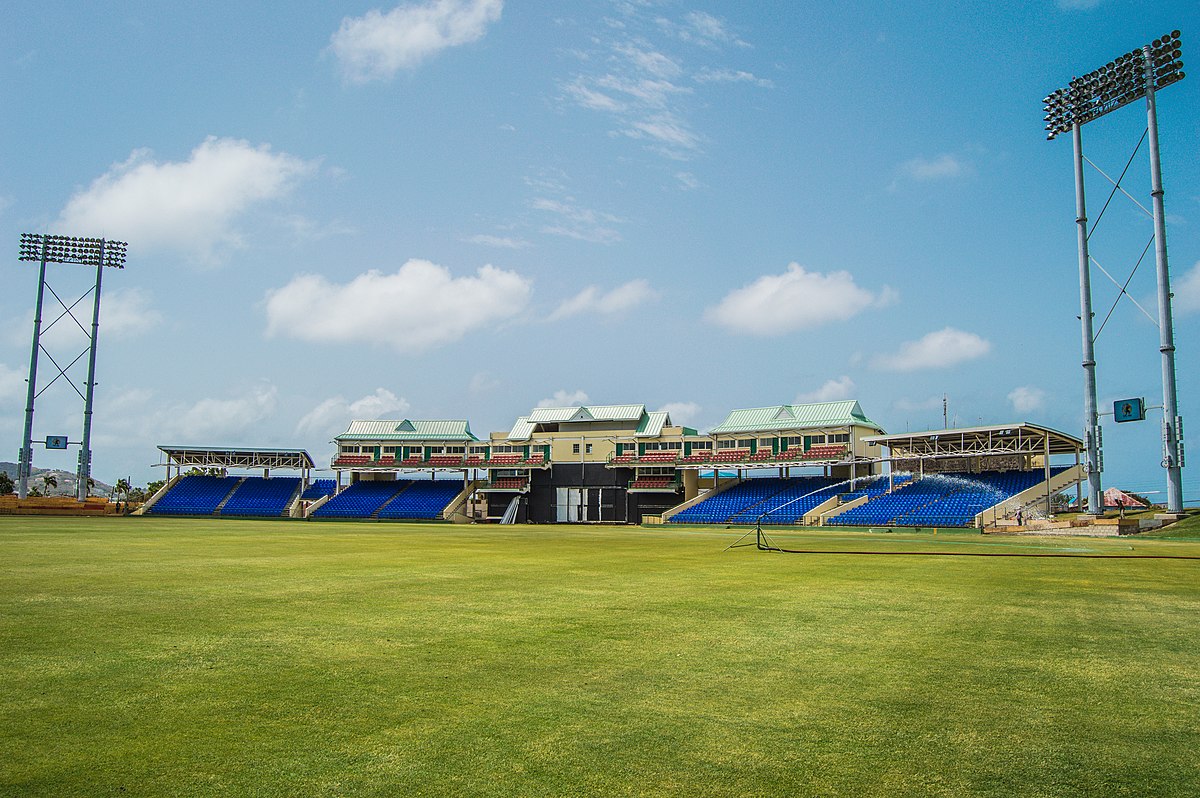 Canada's Development Team, lead by its new Captain Kanwerpal Thatgur and Coach Amarinder Bhinder, lost its opening match of the Cricket West Indies Colonial Medical Super50 Regional Competition to the Zone A hosts the Leeward Islands. Despite the undesired end result the Canadians however gave a fairly good account of themselves, remaining competitive throughout the day/night 50 over per side encounter which was played at St Kitts' Warner Park.

Batting first after having won the toss the Leeward Islands, thanks mainly to a belligerent 73 ball 92 by West Indies International Rahkeem Cornwall posted a challenging 257 before being dismissed in the innings' final over. Cornwall's innings included 7 monstrous sixes and 5 fours. He featured in a 72 run eight wicket partnership with Jeremiah Louis, whose 27 ball 40 included 3 sixes and 2 fours.

The Cornwall- Lewis partnership helped the Leewards innings to recover from being precariously placed at 165/7 at the end of the fortieth over. Earlier the Leewards' discarded West Indies opener Kieran Powell had signaled a return to form with a patient 73 ball 58 that included seven fours.

Bowling for the Canadians, Harsh Thaker was most impressive taking 3-24 from 7 overs. Kanwar Mann took 2-63 off his ten overs while Rahman Pathan 1-26/2.1, Nitish Kumar 1-33/6,  Yax Patel 1-36/7 and Shahid Ahmadzai 1-56/10 were the other wicket takers. Although wicket less Kaleem Sana was arguably  the pick of the Canadian bowlers. He troubled all of the Leewards batsmen throughout his very economical 7 overs which only went for 18 runs!

Chasing 258 for victory at a required run rate of 5.1 runs per over, the Canadians were never really in the hunt, losing wickets far too regularly at crucial points of the innings.  After Jeet Mehta had been adjudged lbw for a first ball duck, Rahman Pathan and Nitish Kumar added 36 for the second wicket before Kumar fell. Needlessly slashing square at a ball pitched just outside his off stump to be caught behind for 20.

After Thatgur was dismissed for his well played 48, which included 5 fours and 1 six, Shahid Ahmadzai hit out for an aggressive run a ball 26, that was punctuated by 4 fours and 1 six. The final result was never ever in doubt however as the Canadians eventually succumbed to be all out for 187, two balls short of completing the 43rd over.