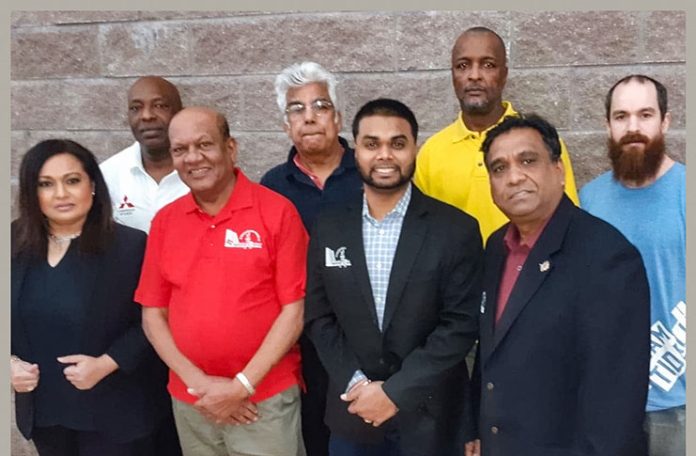 Apart from two changes, all of the other incumbents including President Shiv Persaud were returned unopposed when the Scarborough Cricket Association (SCA) held its January 26 2020 Annual General Meeting (AGM) at Scarborough’s McGregor Park Recreation Center.

Calvin Alexander, who was appointed Assistant Grounds Coordinator during the latter part of the 2019 season, was voted in as the new Grounds Coordinator, replacing Deo Samaroo who is now Alexander’s Assistant. The other change saw Craig Murdoch get the voters’ nod for Public Relations Officer/Marketing after Arslan Khan, who resigned prior to the AGM, did not seek re-election.

The Guyanese-born Persaud, who served as president for the past four years, is credited with the advancement of the Association which has seen a significant increase in the number of teams over the past few years with even more added for the 2020 season which bowls off on May 9.

Also returning to their respective posts were secretary Eon Gunraj, Chief Financial Officer (CFO) Vish Jadunauth, registrar/statistician Abigail Rajkumar (the lone female among the executives) and webmaster Abhinav Kavuru. The posts of Vice-President and Assistant Secretary/Treasurer which were not up for grabs were retained by Bisham Singh and Mathew Francis respectively.

In welcoming the returning and new Executive Members, President Persaud reminded them that the SCA is celebrating its 40th anniversary this year, an occasion he described as a truly monumental achievement. “We must be proud of this achievement and celebrate with each other to make cricket a mainstream sport in Canada.”

Persaud boasted that the 2019 season finished with great excitement at the finals and showed signs of bigger and better things to come. “We had the largest turnout of spectators at Ashtonbee to watch the Elite and Premier finals which were broadcast for the first time via live streaming, a first for SCA.”

According to Persaud, “Another important achievement in 2019 for the SCA was the hosting of the reputable Kumar Rampat Cricket Academy Touring Under-16 team from Trinidad and Tobago.

Persaud also touched on the successful organising of a women’s exhibition game at the invitation of the Guyana Independence Festival Committee where he said, “Our women displayed great skills and represented themselves exceptionally well. This past cricket season also saw many of our women players represent Canada at the national level.”

Persaud disclosed that the SCA is expected to field a full T20 team to participate in the Canada Central T20 competition. “This will be a welcome opportunity for our players looking to make it to the national level. In the past, we had to combine with players from other leagues to form a team.