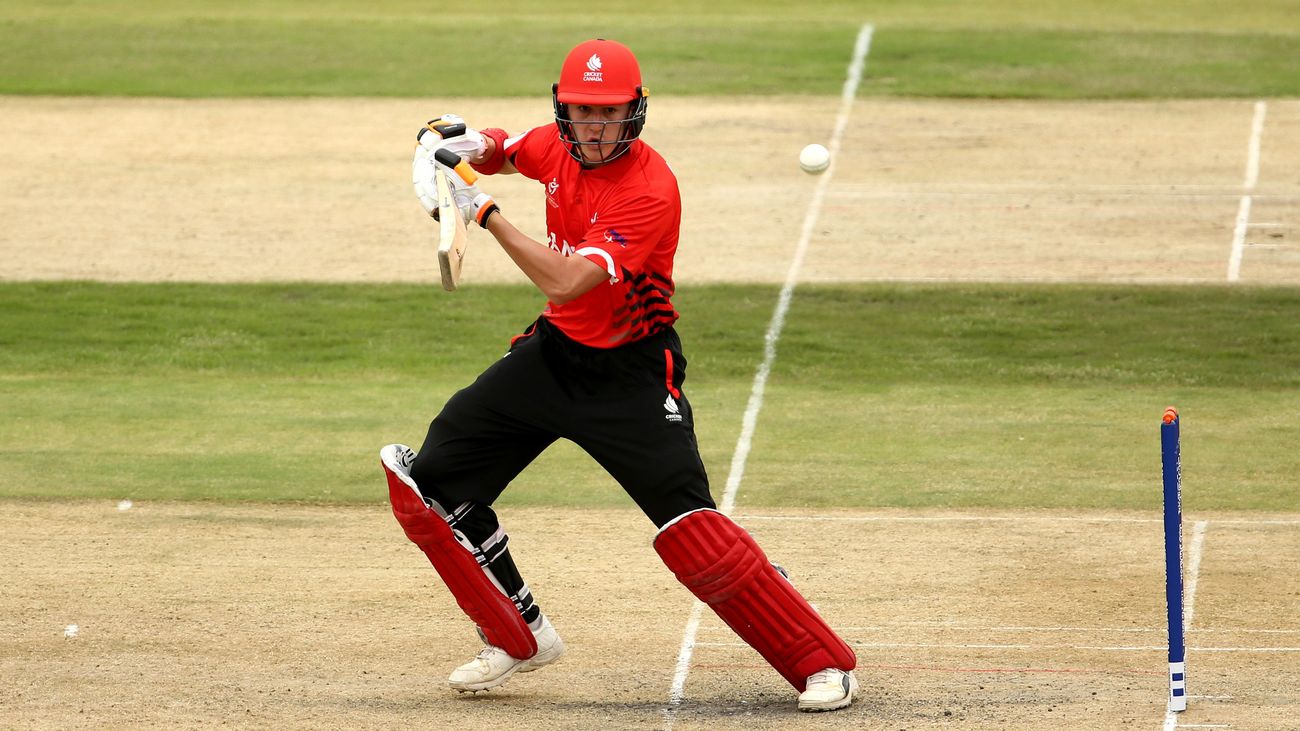 One To Watch: Benjamin Calitz!

A few months ago, on January 22, 2020, to be
precise, the Canadian and South African U19
teams lined up opposite each other for the
playing of their respective national anthems at the start
of their ICC 2020 U19 World Cup encounter. When
the Canadian anthem was played, the player singing
the loudest and with the most pride
in the entire stadium w o u l d
arguably have been Canada’s
Benjamin Calitz.
As a seventeen-year-old wicket-keeper and left-handed
top-order batsman, Calitz was proudly making just
his fourth appearance in Canadian team colors. This
time in front of an audience which included his South
African parents!
It was he says, the proudest moment he has to date
experienced in his emerging career as a Canadian
cricketer! An emerging career which for all its readily
obvious and abundant potential now definitely
qualifies as “One To Watch!”
To celebrate the momentous occasion of his South
African second home appearance being witnessed by
his parents, Calitz took two catches behind the stumps
off Akhil Kumar’s bowling as Canada fielded first. He
then demonstrated his batting skills with an ultra-classy
innings of 62 not out, made off of just 77 balls
and punctuated by eight boundaries. Calitz’ knock
was the backbone of Canada’s 199 all out, which was,
unfortunately, woefully short of South Africa’s posted
match-winning total of 349/8.
Benjamin Calitz scored 114 runs from 5 innings batted
at the South Africa hosted ICC 2020 U19 World Cup.
He finished with a respectable Tournament average
of 28.50, the third-best among the Canadians. As a
wicket-keeper, his two dismissals placed him 14th in
the Tournament’s overall statistical rankings.
Born July 6, 2002 in Vancouver, British Columbia, the
now 17-year-old Benjamin Calitz is already harboring
hopes of one day captaining the Canadian national
senior team. Having already benefited from some very
impressive playing and coaching exposures to South
African cricket, he certainly seems to be in possession
of the talents and knowledge that might allow him to
do so.
Prior to his Canadian team member
participation at the 2020 ICC U19 World
Cup, Calitz had also played cricket in
South Africa at both the school and
Senior levels. He represented both
the Windhoek High School
First XI and the WHSOBCC
Senior Men First XI in 2017.
Subsequently, for the next three years from 2018-2020, he also played for both the Paarl Gymnasium High School and Wellington CC Senior Men First XI’s. Back in Canada, Calitz also made appearances for the British Columbia U-17 (2018), the Ontario Cricket Academy First XI (2019), the Boland Provincial Cricket U-17 (2019) and Canada’s U19 Development Squad (2018).
Benjamin’s Calitz’ leadership qualities and potential have also been demonstrated during his stint as Paarl Gymnasium’s Skipper and as the Captain for the Boland Provincial U17 Team. He has also attended sessions conducted by such internationally famous Coaches as Gary Kirsten, Monty Desai, Eric Simon and Fanie de Villiers.
Calitz confesses to have loved cricket for as long as he remembers. A passion which was of course influenced by his having grown up in South Africa where cricket is immensely popular as one of the country’s two most recognized national sports. Rugby being the other.
Calitz has also been blessed by having grown up in a sports oriented household. Both of his parents love sport. His Mom actually served as a Youth Sports Coach when he was just 3-5 years old.
That Calitz believes set the foundation for the passion he has always had for cricket. Needless to say, he also credits his mother as having been the greatest influence towards the continuing development of his cricket career.
Not unlike other aspiring young cricketers, Benjamin Calitz has also been inspired and influenced by international cricketers whom he admires. Foremost among these are Australia’s Marnus Labushagne England’s Ben Stokes and India’s Virat Kohli. All three of whom he regards as being very focused and ever determined to dominate match situations.
In addition to someday captaining Team Canada’s Benjamin Calitz’s other cricketing ambitions include playing in the GT20 and other global T20 Tournaments such as Australia’s Big Bash and the Indian Premier League. As he goes about fulfilling his lofty and highly commendable ambitions Benjamin Calitz’s emerging Canadian cricket career will indeed definitely be One To Watch!