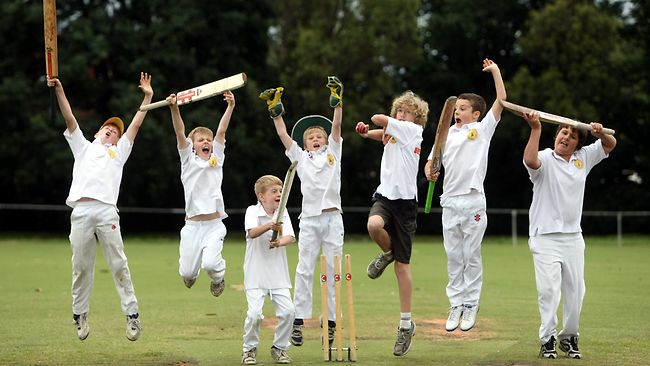 Suggested Roles And Responsibilities For Parents Of Sports Involved Children!

Watching your kid playing sport is one of the best feelings of life. Especially when they are getting some success. What happens though when your kid is failing at their endeavors and as a result becoming disheartened or even further finding themselves perched on the slippery slope to the loss of self-confidence and self-esteem that can so often lead to depression?
Parental expectations can often have potentially damaging effects on the psyche of kids. As such we should often engage in the practice of closely examining the expectations we as parents have of our kids! Please check the following. Some of which may apply to you.
Parents are seeing themselves in their children.
Expecting your child to fulfill your own childhood dream.
Wanting to see your child do better than your friend’s offspring.
Your child is seriously talented, and you want to back him/her up.
Your child loves a particular sport a lot.
You want to make your child busy and keep him/her getting involved in sport.
Any or in some extreme cases all of these, oftentimes unreasonable, expectations may apply to us as parents. The greatest cause for worry though occurs when parents and sports coaches start putting pressure on their charges. Placing the expectation that they should do well at their chosen sport on children of any age is akin to putting them under pressure. It is also totally unfair. Big Time!
Whenever a coach or parent places performance expectations on a kid before an actual game or sporting activity, they are already putting pressure on the young child. It also has every potential to have a huge impact, oftentimes negative, on their further personal development.
Rather than engaging in such potentially dangerous tendencies, parents and coaches should instead seek to give their children/charges the guidance and freedom to make their own decisions.
For cricket specifically, the practice by Coaches of allowing their charges to make their own decisions could result in the identification of suitable captaincy candidates. Far too often also cricket coaches can be justifiably accused of restricting their chosen captains’ role to those of spinning the toss, while they perform the actual duties and make all the associated decisions from beyond the boundary line!

A much more effective practice would be to let the Captain lead the team and let him learn from their own mistakes. Such practices are far more likely to produce effective leaders for the future!
In support of this approach a recent survey of 1,015 young cricketers, aged 8-16 and from various countries revealed the following results:
87.5% - felt under pressure to win
50% - experienced pressure from other kids and teammates
20% - placed undue performance pressure on themselves
33% - were affected by practices they have seen in professional sport
64.3% - saw teammates fouling, diving or time-wasting
54% - witnessed cheating in games
37% - reported having teammates who didn’t care if they won solely by cheating
5% - were happy to “win-at-all-costs”
In the light of such statistics, many of which can be viewed as being wholly disturbing, what should parents now be doing?
As a fundamental start, parents and coaches should seek to serve as role models whose activities can be easily imitated. They should also strive to introduce the engagement in physical activity to their kids/charges at a very young age. Particularly activities which allow for variety as well as the utilization of fundamental movement skills.
Parents and/or coaches should also focus on sports that their child/charges enjoy. In so doing they should also monitor actual training vs competition time while seeking to avoid premature specialization.
Parents should also keep their eyes open for signs of a loss of interest in sports participation by their child, which could result in them quitting or dropping out. Sports participation training should, therefore, be based primarily on the specific maturation level of the child.
When assigning coaching responsibilities, parents should themselves also first seek to check out the respective Coaches, their qualifications, competence, philosophy, and as well the support structures they have established. It also then becomes the parents’ responsibility to support coaches in their roles. The success of their kids should, of course, always be celebrated, but in doing so parents should be careful to always remain grounded.
Some key values parents should always seek to adopt towards their children’s sporting development are fun, inclusion, fairness, respect, excellence, a healthy willingness to give back and an inclination to always make the best choices from those that become available. These coupled with sufficient doses of optimistic belief, a dedication to hard work, the practice of discipline and the application of perspective, should combine to provide a perfect recipe for the utilization of effective practices for success as a sports involved child-parent!