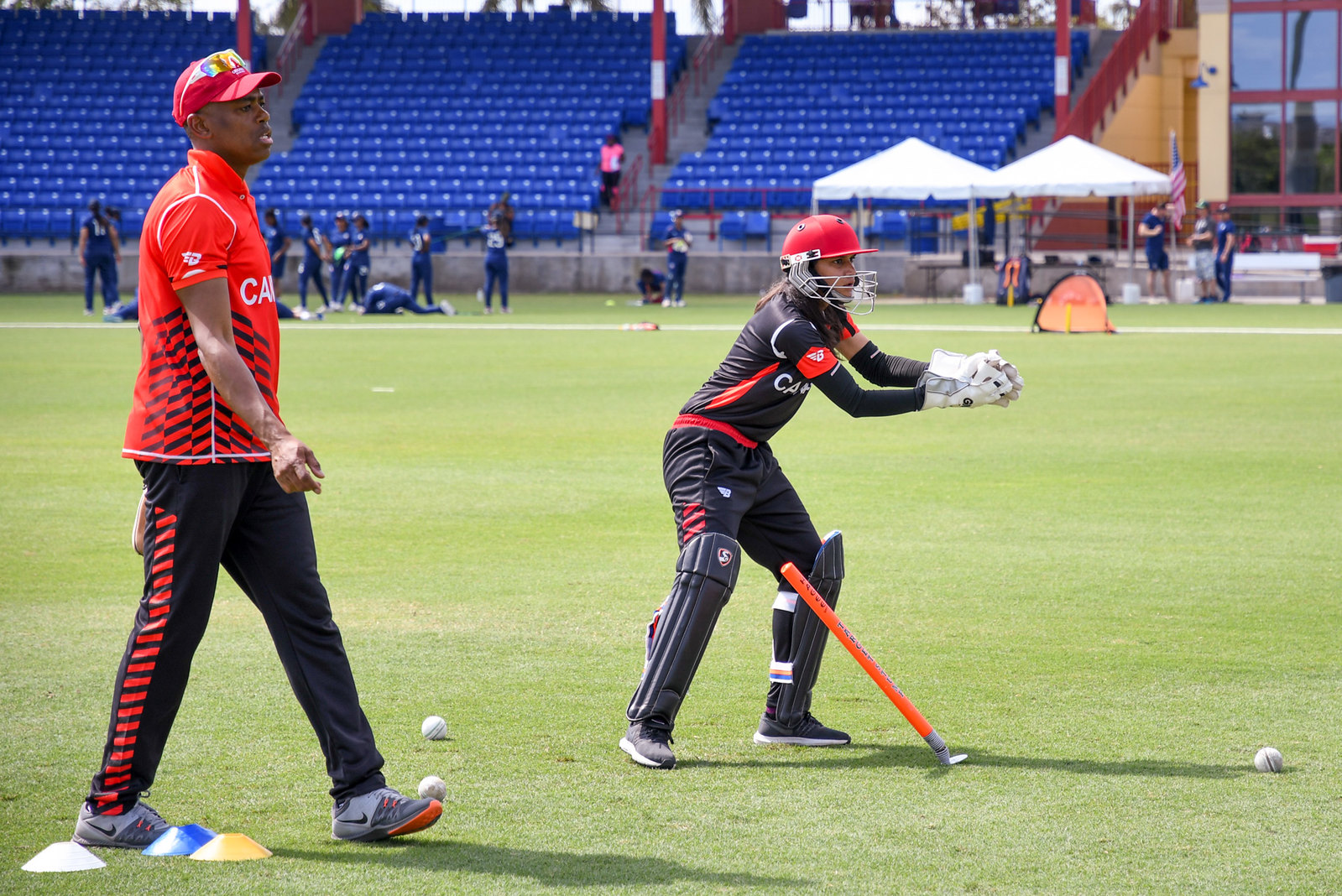 Born Dec 1st, 1990 in Karachi, Pakistan, Maliha Baig’s interest in cricket has existed for as long as she has known yourself. Cricket was actually the very first sport she ever played. It is therefore not surprising that it now feels as though she’s been pursuing that interest for as far back as she can remember. Cricket is undisputedly her passion as it is for most kids, male and or female, who have grown up in Karachi, Pakistan where it is pursued also as a religion and is constantly being played on virtually every street.

Maliha’s family has always been a source of outstanding support when it comes to any sport that she has developed an interest in or with which she has sought to pursue an active participation. Her father Khalid has, however definitely been the most influential and involved member when it comes to the support and direct involvement in her cricket aspirations. He bought her first cricket kit when she decided to play hardball cricket. He was also just as much thrilled as Maliha herself, when she announced her intention to become committed to further developing her obvious natural talents towards taking her cricket passion and interest to the next level.

Once started, her journey has definitely been very exciting and rewarding. Maliha had always wanted to pursue cricket from a very young age, but moving to Canada in 2008 really made her realize that she could actually pursue an involvement with the game to any level that matched her aspirations.

Her early childhood involvement with Pakistan street cricket provided a perfect, solid springboard foundation for her almost immediate involvement in the sport within the Canadian High School system. Not surprisingly, she was provided with the opportunity to represent and actually captain her High School’s (George Harvey C.I.) cricket team during her very first year of moving to Canada.

As level headed as she has always been. Maliha also however realized that as passionate as she may have been about cricket, it should rightfully have been placed as a second, somewhat distant, priority to the pursuit of her academic studies. As such it wasn’t a shock to anyone who knows her, when she eventually decided to take a break from cricket so as to be more focused on her academics and the associated completion of her BSc Degree in Kinesiology from York University.

By 2017, Maliha had however been duly bitten again by the cricket bug, the result of which was her re-entry to the ranks of active players. She was soon playing hardball cricket for the first time. Maliha started her hardball cricket career during the Scarborough Cricket League 2018-2019 Season, as an active member of the Tranzac Cricket Club. She also played for the Streetsville Storms in the Mississauga Women’s Premier League.

Maliha’s League performances and her obvious talents as a wicketkeeper-batswoman resulted in her selection to the Ontario Greens Squad for the 2019 Canada Day Cup. The Greens emerged as the Tournament’s eventual winners.

Maliha also represented the Ontario Team that was the runner up at the 2019 Canadian National Women’s Championship. To her absolute delight, she was later that same year also selected to represent Canada in the Trinidad & Tobago hosted Cricket West Indies U-19 West Indies Tournament and subsequently at the ICC Americas World Cup Qualifiers against the United States.

The provided Cricket Canada opportunities have been a major motivating factor for Maliha’s continued involvement with Canadian Women’s cricket over the years. The platforms and tournaments have kept her driven to continue pursuing her passion for the sport.

Apart from playing cricket, Maliha has also gotten involved with community outreach initiatives that train and support girls between ages of 8-13 to start developing their cricket skills and interest for the sport at an early age. Within the past 3-4 years, Maliha’s involvement in cricket has therefore continued to grow. So much so that her intention now is to continue to play and support upcoming women cricketers, as much as possible.

Maliha strongly believes that to successfully play any sport, physical fitness has to be a driving factor in one’s personal development and growth. As a direct outcome of that level of thought, one of her current personal goals is to continue to work towards improving both her physical fitness, as well as her wicket keeping and batting. Maliha’s cricket ambition is to represent Canada again on an international level and to have a direct impact on our eventual qualification for participation in the ICC Women’s World Cup.

When it comes to physical fitness, Maliha’s belief is that self-motivation is very important. She keeps herself active and involved in cross fit and other physical activities. Maliha also surrounds herself with a group of close friends with whom she can do group activities, which makes her physical fitness pursuits far more fun. In regard to the improvement of her cricket related abilities, she would very much like to be able to continue with the practices and drills that have been featured at the High Performance Camp, as those will help improve her wicket-keeping and batting skills.

In terms of the future, there are definite aspects for Women’s cricket that Maliha would like to have on the receiving end of Cricket Canada’s continued focus. First and foremost among these would be year- round continuation of the High Performance Camp initiative, as a great platform for current and upcoming women cricketers to practice together and improve on their skills. Secondly, tours and tournaments have proven to be extremely beneficial for overall team improvement. As such Maliha would dearly like to have Cricket Canada provide its Women’s cricketers with similar opportunities to the West Indies 2019 Tournament on a more frequent basis, as a means of helping national players improve their actual performance in real match situations. As beneficial as net practices are undoubtedly, the more match opportunities players are provided with to compete against better teams, the greater will be the improvements in their performances at higher, international levels.

Maliha Baig, a force to be reckoned with in Canadian Women’s cricket and one a player who’s developing career will definitely be One To Watch!

It's All About The Women