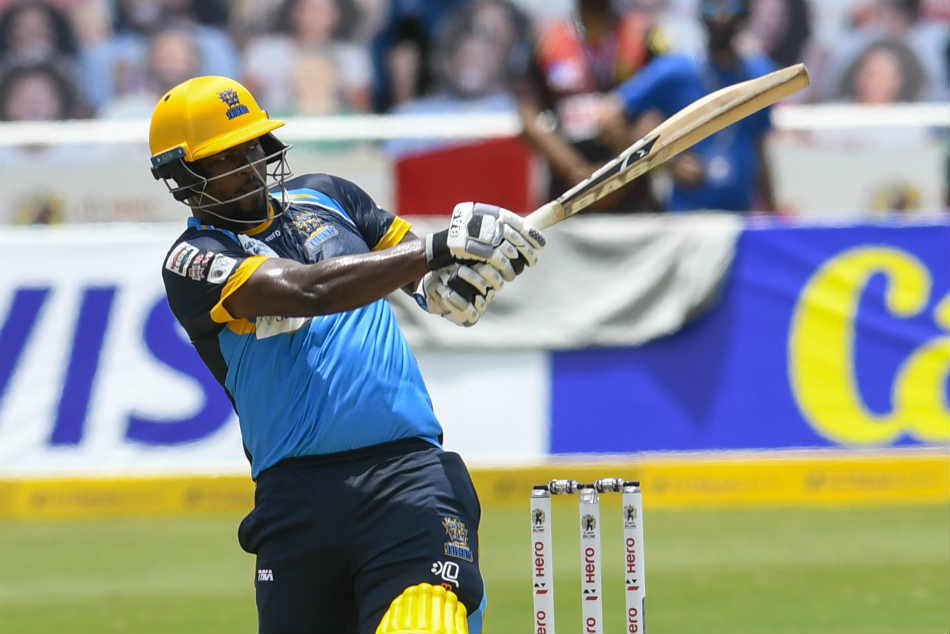 The year 2020 was an outstanding one for Kyle
Mayers, the dynamic cricketer was the leading
batsman for Barbados Pride during the West
Indies Championship, and for the Barbados Tridents
as well in the Caribbean Premier League (CPL). Playing
as a left-handed, top-order, batsman Mayers amassed
654 runs in 15 innings, including two centuries and
five half-centuries, at an average of 50.30 during the
West Indies Championships, before the tournament
was abandoned due to the outbreak of Covid 19. Only
Jermaine Blackwood, who compiled 768 runs at 51.20
for the Jamaica Scorpions, scored more runs than the
Barbadian cricketer.

Mayers also played several good knocks in the first
half of this year’s 2020 CPL, although he then he tailed
off a bit towards the end of the competition. Still his
222 Tournament runs were the most by any Tridents’
batsman!

As a result of his stellar performance in the regional
first-class tournament, Mayers was included among
the 10 reserves providing cover for the 15-man main
squad for the three-Test match Test series against
England in July. In their preparation for the series,
the West Indies played two inter-squad matches
since traditional practice games against county sides
were prohibited on the tour due to concerns about
the corona virus. Mayers’ good form continued in the
practice matches, he scored 45 in the first game at
Old Trafford, followed by 74 not-out in the second at
the same venue.

The attacking batsman and right- hand medium-fast
bowler was born on September 8th, 1992. His father
and personal coach, Shirley Clarke, represented
Barbados and the West Indies Under 19 teams. He
played 12 first-class matches for Barbados and the
Combined Campuses and Colleges (CCC) between
2000 and 2005.

Mayers, following in his father’s footsteps, also played
for the Barbados and West Indies’ Under 19 teams.
The creation of a professional first-class franchise
by the West Indies Cricket Board in 2014 provided
Mayers with the opportunity to play for the Windward
Islands Volcanoes in the 2014/15 season. He made his
debut against Guyana at Providence.

During his stint with the Volcanoes, Mayers acquired
a reputation as a capable lower-order batsman and
an effective medium pacer. He took 71 wickets at an
impressive average of 21.24.

A broken left ankle in 2018 forced Mayers out of firstclass
cricket for a year. Mayers described the break away
from cricket as not a good time for him. After his
ankle healed, a series of sound performances for his
club Carlton during Barbados Cricket Association’s
domestic season, captured the eyes of the selectors.
As a result, Mayers was selected to play for the
Tridents in the 2020 West Indies Championships.
“This year was my most successful season coming
back into the game after breaking my ankle, I knew
I would not be able to bowl during the competition.
I practiced extremely hard on my batting during
my training sessions before the tournament. I also
focused more attention on throw-downs before the
games and began to get a good feeling of the ball
leaving the bat. I knew before the season began that
I was going to do well”, Mayers told
Wickets.
Even though he had an
outstanding first-class
season, Mayers’
view is that the 50 over the game is the format that’s
best suited to his style of play.
“I like all forms of cricket, but the 50 overs game is
the format that suits the way I play perfectly. I take
my time when I am batting in a 50 overs match, I
analyze the conditions and the bowlers. After I have
settled down, I attack the bowlers. The 50 overs game
allows me to plan an innings and to be aggressive
and entertaining as the match progresses. From a
bowling perspective, I am a stingy type of bowler who
takes delight in containing batsmen. I get immense
joy when batsmen are struggling against my bowling.
My ability to restrict batsmen has led to the dismissal
of several batsmen. Even though 50 overs cricket is
ideally suited to my style of play, I am willing to play
all formats of the game,” he explained.
Mayers disclosed that his only ambition is to be the
best cricketer he can be on a cricket field.
“ My ambition in cricket
is simple, I want
to be the best
player I can
be in every match
I play. If I give my best
at all times, eventually I will
be recognized as a committed and
dedicated cricketer which would make my
family, friends, and supporters proud of me. I am
big on giving back to the game, after I retire from
playing, it is my intention to a coach,” the 28-year-old
cricketer said.
Mayers who had represented the St Lucia Zouks in CPL
before playing for the Tridents this year said he was elated to
play in the 2020 Tournament.
“I felt good to be a member of the Tridents after not playing in
the CPL for two years. I was delighted to play for the Tridents
and to contribute to the team, so I really enjoyed this season. I
regret that because of COVID 19, the home and away matches
could not be played in the respective countries, but I cannot
complain because I was grateful for the actual opportunity
to play,” Mayers said.