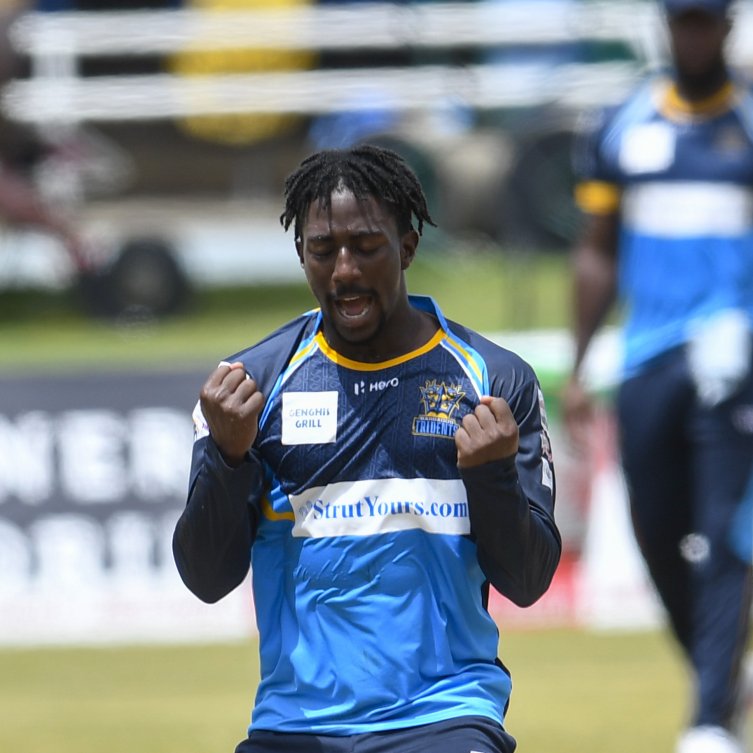 With just three wins from its seven matches played and with an inferior run-rate to that of the Jamaica Tallawah’s, the 2019 CPL defending champions the Barbados Tridents, failed to advance beyond the Preliminary Round at this year’s 2020 Tournament. The Tridents finished the Tournament in 5th place, just above the cellar dwelling St Kitts Patriots and adrift of playoff qualifications.

With much the same squad as they had fielded in 2019, the Tridents 2020 campaign never really got going. An opening match win against the Patriots was quickly followed by three successive losses against the Zouks, Trinbago Knight Riders and in the return fixture against St Kitts. Having defeated the Tallawahs by 36 runs, the Tridents were then completely demoralized by successive agonizingly close losses to Trinidad by 2 wickets and even moreso to the Zouks by 3 runs.

The latter proved itself to be the killer blow to the Tridents 2020 campaign. Their failure to reach the paltry victory total of 92 that had been set by the Zouks, falling just 3 runs short to be 89 all out, would have been a knockout punch to the Tridents from which they could never quite recover.

The Tridents would have been pleased though with the batting of Kyle Mayers who scored 222 runs from 9 innings at a 24.66 average. Johnston Charles 214 runs from 10 innings at 21.40 and Skipper Jason Holder 192-10 avg 21.33 were the Tridents’ other batters with meaningful contributions.
In terms of its bowling, Rashid Khan with 11 wickets and Skipper Holder with 10 were the only wicket-takers of note. Last year’s Tournament MVP, legs spinner Hayden Walsh finished this year’s competition with only 7 wickets, captured at average of 25.14 and at somewhat expensive 7.65 economy rate.
Foremost among the Tridents’ many disappointments during an altogether overly depressing 2020 CPL Season would have been the dismal batting of Shai Hope, Jonathan Carter and to a somewhat lesser extent Ashley Nurse. Hope scored 118 runs from 8 innings at a 14.75 average, Carter’s tally was : 5 innings, 60 runs 15.00 average and Ashley Nurse’s:9 innings, 017 runs, avg 15.28.
If the Tridents are to have a much better 2021 CPL therefore by way of returning to its now seemingly lost winning ways, the likes of Hope, Carter and Nurse will all have to shape up. Otherwise they may yet find themselves shipped out!