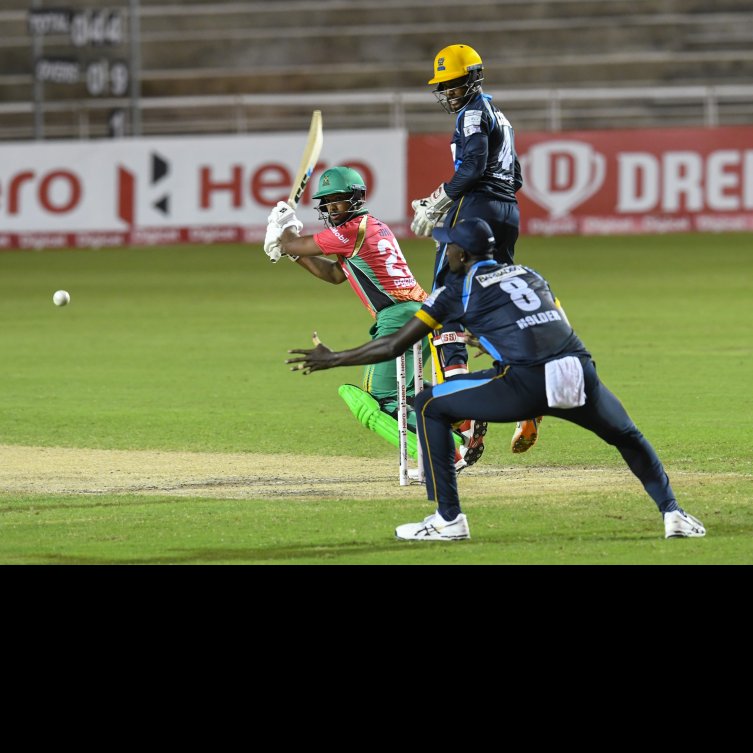 Billed as one of the pre-tournament favorites, the Guyana
Amazon Warriors proved themselves to be anything but. The
Amazon Warriors made a most inglorious CPL 2020 Tournament
exit, losing by 10 wickets to the Zouks after having been
embarrassingly dismissed for just 55 off 13.4 overs in their crucial
semi-final encounter to determine the second of the two finalists.
Ironically, it was the Amazon Warriors star-studded batting
lineup which had been expected to finally take the franchise to the
as yet elusive glory of a Tournament championship this year. The
Amazon Warrior’s 2020 CPL batters included the outrageously
talented Caribbean batting prodigies, Guyana’s Shimron Hetmeyer
and Trinidad’s Nicholas Pooran, as well as Brandon King who had
emerged as the highest run-scorer in last year’s tournament and
the overly experienced New Zealander Ross Taylor. The Warriors
were also expected to receive useful batting contributions from
their Guyanese local all-rounders, Sherfane Rutherford and Kemo
Paul.
Of those only Hetmeyer (267) and Pooran (245) had Tournament
aggregates of over 200 runs. Their associated averages were
however, majorily disappointing. Hetmeyer’s was 33.37 from
11 innings and Pooran’s even moreso at 27.22 from an identical
number of crease outings. Taylor recorded 164 runs from
his 10 innings for an average of 23.42, while King should
have been rightfully embarrassed by his 116 Tournament
aggregate from 11 innings for an inconsequential 11.60
average.
Bowling for the Warriors, the indomitable Imran Tahir,
whose 15 wickets were captured at an impressive 15.93
average and 5,82 economy rate and the exciting 20 year
old Afghanistan seamer Naveen-ul-Haq Murid, who took
11 wickets at a slightly higher 19.09 average and 6.42
economy rate were both outstanding. Skipper Chris
Green (9), Kemo Paul (9) and Romario Sheppard (6) were
also among the wickets.
Overall it was the Warriors batting that proved to be its
Achilles heel this Season. Only one of the Warriors posted
CPL 2o2o totals was in excess of 150. Having failed yet again at its Championship title bid
this year, the Warriors Franchise’s top brass will now be
forced to go back to the drawing board in search of a plan
that will yield better results next year.