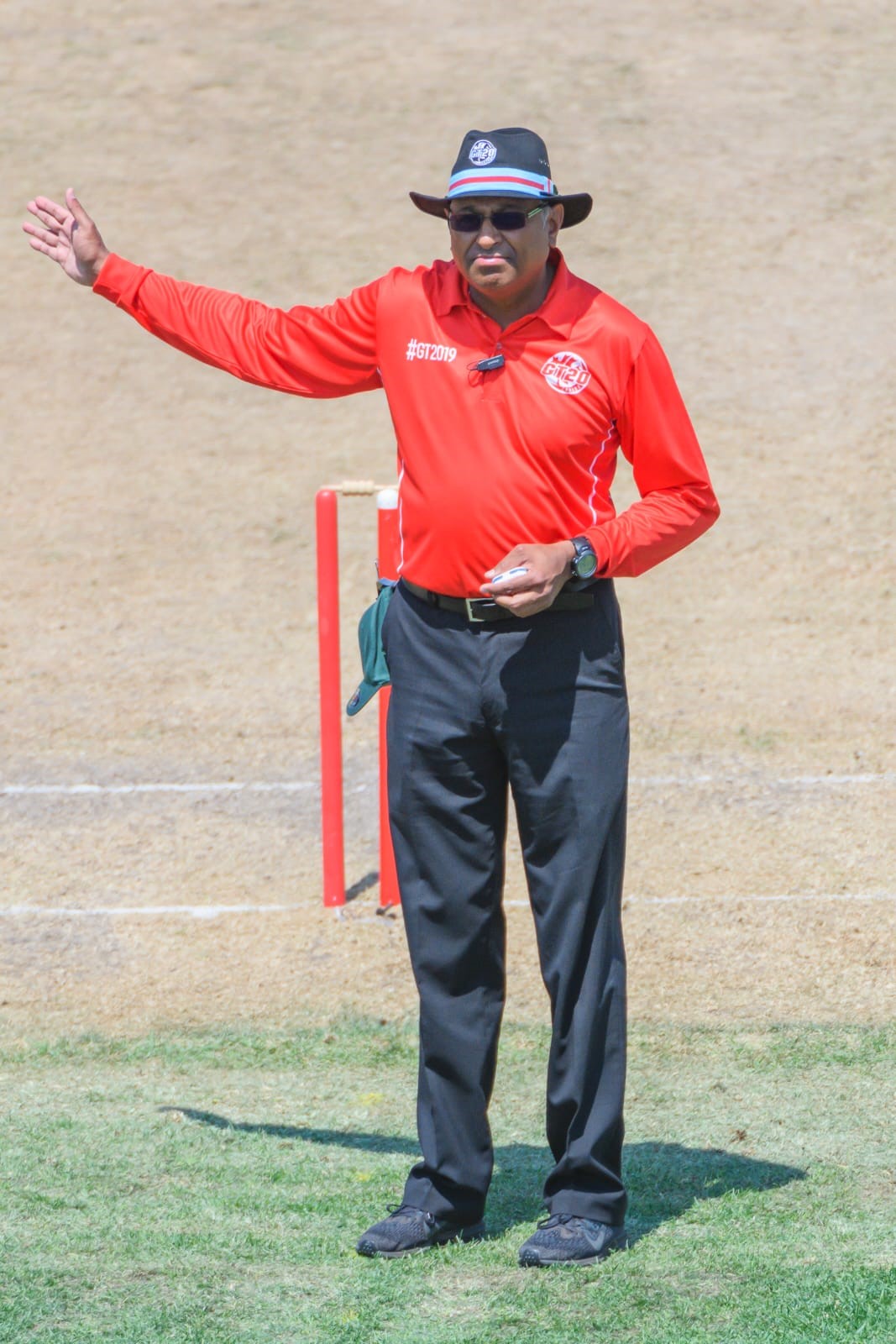 Ten Issues into its third Volume with thirty-four
published overall, this month’s Wickets Cover
finally features one of Canada’s most outstanding
umpires, Harry Grewal. A long-overdue correction of the non-inclusion in Wickets editorial features to date on the often unappreciated and undervalued “men in the middle,” the umpires whose officiating presence is a prerequisite
for any meaningful cricket match.

Harry Grewal’s outstanding accomplishments,
as one of still only a relatively few Canadians to
have ever been appointed to the International
Cricket Council’s (ICC) Development Panel, are
documented in this Wickets Issue’s three page
(5-7) Cover Feature, Hopefully, the Feature which
was my honor to pen, will do justice to Grewal’s
accomplishments to date, which by themselves
should serve as a source of inspiration to other
Canadian umpires.

Grewal’s Cover Feature is again, the first-ever
to be done on an umpire in a Wickets issue.
That “glass ceiling” having now been broken it
will certainly not be the last. My inquires among
knowledgeable Canadian Cricket authorities, as
to which of this country’s current umpires would
be most deserving of editorial feature coverage
in any of Wickets’ future Issues, readily resulted in a
short list of at least half a dozen likely candidates.
The respective careers of these individuals will
therefore now be targeted for coverage, at least
similar if not identical, to that being accorded to
Harry Grewal in this Issue.

Umpiring has often been described as cricket’s
hardest job! It certainly is very often the most
thankless. At cricket’s highest levels, in these days
of instant television replays, every decision made
by an officiating umpire automatically comes
under microscopic scrutiny for the entire world to
see. The pressure any umpire faces from having
to make real-time decisions is therefore, multiplied
by their awareness that the respective merits
of their choices will be subsequently scrutinized
under slow-motion replays.
Thankfully, one of the benefits of slow motion
replays is that they have served to identify
and highlight both the very good, as well as
the not-so-great decisions made by umpires. A
direct outcome of which has been the resulting
identification of those umpires who consistently,
more often than not, make correct decisions.

Based on his ever-increasing inventory of officiated
matches along with the seemingly consistent
demand for his services, Harry Grewal must now
be among those of his peers whose decisions
records are highly favorable. Kudos therefore to
Harry Grewal for all that he’s achieved thus far.
May his further endeavors serve as a continuing
source of inspiration and emulation for many
other Canadian cricket umpires.
Well Done Harry. Cheers!