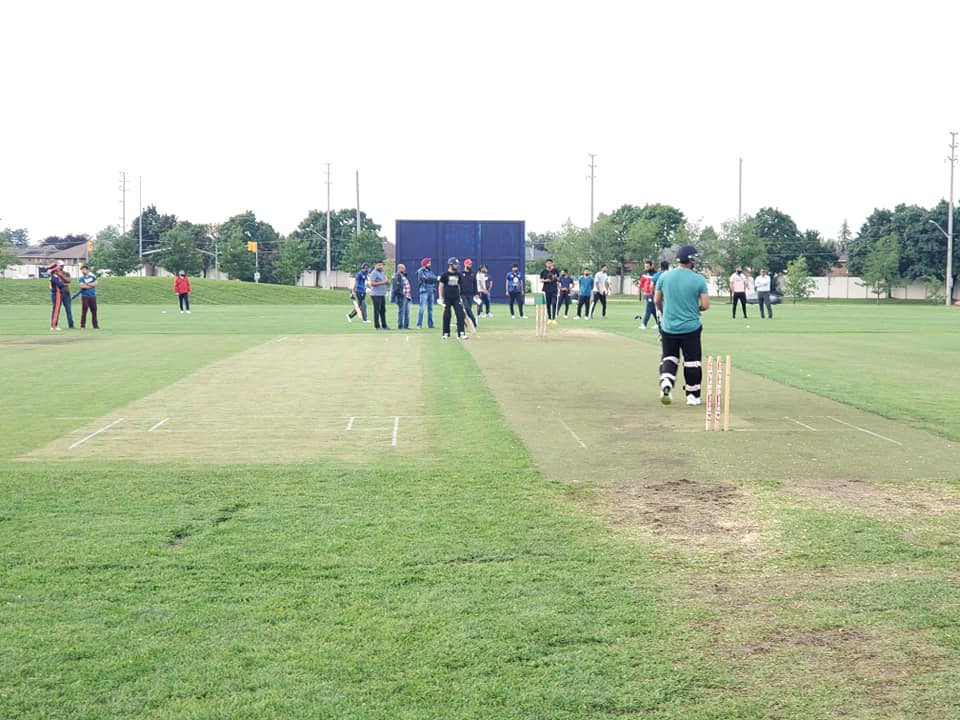 Teams representing Brampton & Etobicoke, Hamilton & District, Manitoba, Ottawa Valley, Scarborough Cricket League, Quebec, as well as Toronto & District will compete against each other in the Canadian Central T20 Championships over the July 31-August 02 long weekend. Both Brampton & Etobicoke and Toronto & District will have two participating teams (A&B) in the Championships. All matches will be played on grounds located in the Brampton/Etobicoke area.
Page: 8 wickets
The participating teams will play against each other in the Tournament’s Preliminary Round matches which will be held on Saturday July 31 and Sunday August 1. The top four teams will then progress to the semi-final playoffs and subsequently the final, on Monday. August 02. The presentation of trophies to deserving winners will be made immediately following the conclusion of the final.
Well over thirty aspiring players participated in the Brampton & Etobicoke League (BEDCL) trials that were held in preparation for the Central T20 Championships during the July 24-25 weekend. BEDCL Officials are hoping to have a strong representative team for the Central T2o Championships at which they will of course enjoy the added benefit of playing on home soil.

One On One With Durriya Shabbir: