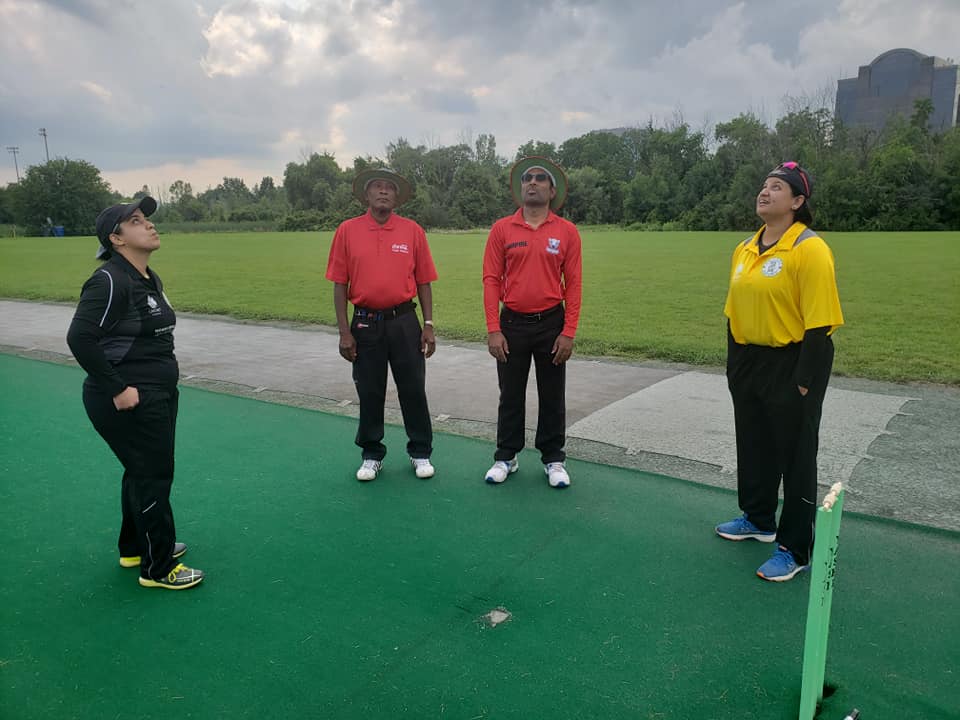 Cricket Back On Ontario’s Playing Fields!

The month of July brought a much welcomed safe return to cricket in the Province of Ontario. Cricket Ontario has always followed public health restrictions and guidelines and continues to encourage our members and participants to do the same.
The announcement of Step 2 in the Province’s reopening plan allowed for League matches to begin and all our member Leagues were prepared to begin their modified cricket season as of July 3, 2021. Our cricketers were happy to get back on the field which was beneficial to their mental health and well being.
Page: 18 wickets
Cricket Ontario was forced to modify its calendar of events which resulted in the cancellation of some
programs like the inter-league competition which will return in 2022. Nevertheless, it will be a packed calendar,
evidently by the hosting of the Cricket Canada Women’s Central/Eastern T20 Championship between July
26-July 29, 2021, followed by the hosting of the Cricket Canada Central T20 Championship between July
31-August 2, 2021.
Upon the conclusion of the Central T20 Tournament, the Under 17 and Under 19 Youth Regional Tournaments
will run concurrently from August 3rd to August 6th at Maple Leaf Cricket Ground, King City.
In preparation for the tournaments, the interest has been higher than in previous years with an increase of
registration for the various trials. This added to the competitiveness of each trial and enhanced player
development. As the season rolls on, we are looking forward to seeing some great performances from our
youths, women and senior cricketers. They are eager to showcase their talent and vie for selection to various
representative teams.
We commend the efforts of everyone who has played a role in organizing, planning and overseeing these
programs. It would not have been possible to accomplish our planned events without the contributions from
Cricket Canada, Cricket Ontario Board of Directors, the numerous volunteers who have dedicated their time and most importantly, the players for their enthusiasm and participation.