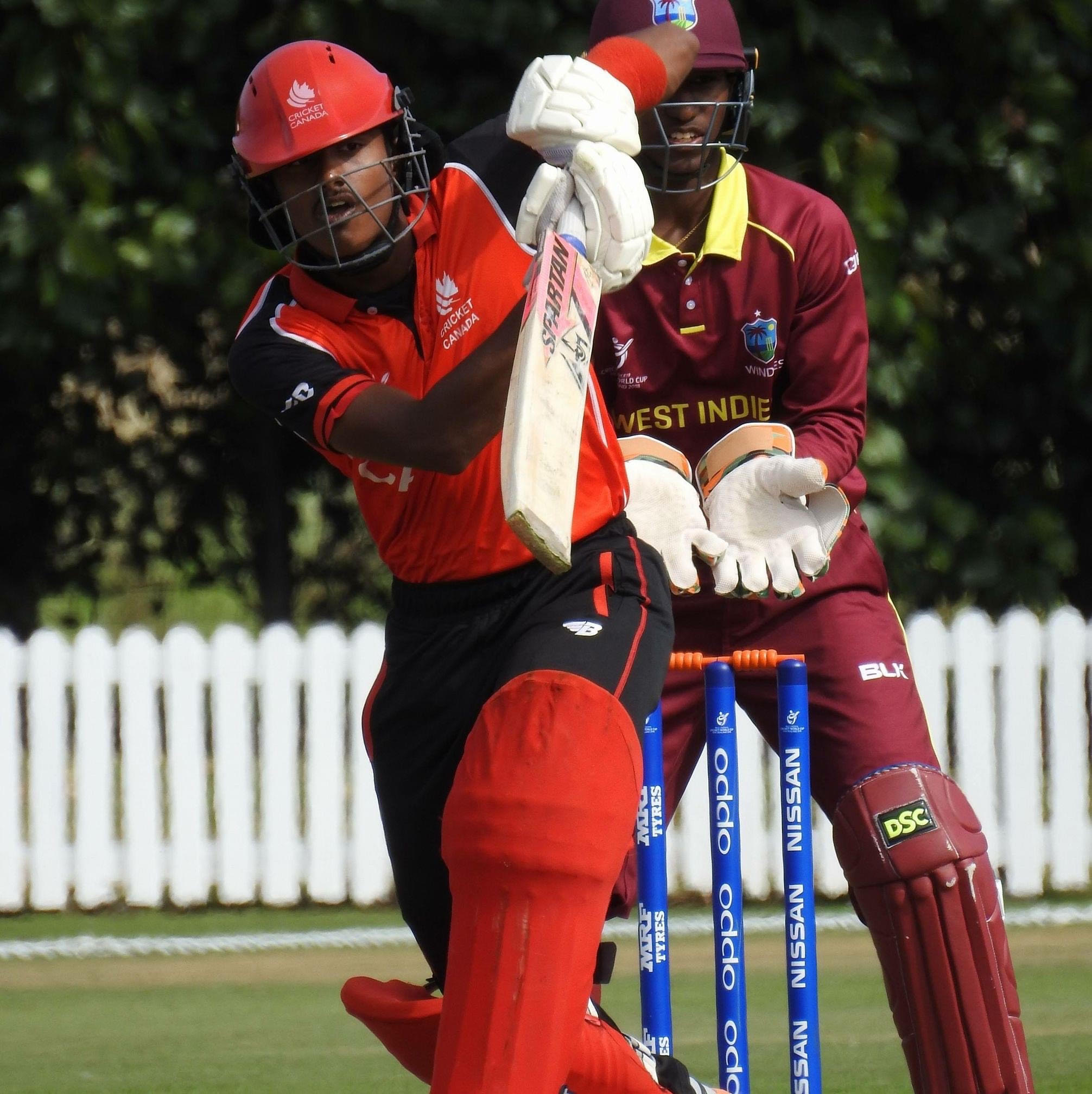 Kavian Naress One To Watch!

Born on August 8, 2000 in Osnabruk, Germany,
a country known far more for its football
history than for any association with its
arch-rival England’s other favorite sport, it wasn’t
until he’d reached the age of 7 that Kavian Naress
received his first glimpse of cricket. By then the still
very young Naress had found himself in Sri Lanka, a
South Asian powerhouse of the beautiful game and
which from that point onwards would become his
primary passion.
Having seen some kids playing cricket in the streets
of Sri Lanka, his interest was so piqued that he
immediately joined in. His passion aroused he
asked his Dad, to get him into one of the country’s
countless cricket academies so that he could regularly
pursue his newfound interest. Luckily for Kavian, he was
subsequently enrolled at the Nondescrip Cricket Club (NCC),
one of Sri Lanka’s largest cricket clubs. There his genuine interest
in cricket increased even more as he worked assiduously on the
further development of his skills, under the tutelage of the Club’s
Coach Lionel Mendis.
Wholeheartedly supported by his parents, together with whom he had
subsequently moved to Canada, Kavian wasted no time in continuing
the active pursuit of his newfound interest in and passion for cricket
just as soon as he became settled in his new homeland. By the time he
had reached the age of 11 he was already a well established Junior
Member of one of Canada’s most longstanding and prestigious
cricket clubs: the Toronto Cricket, Skating & Curling Club (TCSCC)
Under the guidance of the TCSCC’s Head Coach, David Patterson,
Kavian Naress’ development as a Canadian youth cricketer
blossomed impressively. As a 16-year-old he represented the Ontario
Reds Team in the 2016 U17 Canada Cup, scoring a century against
British Columbia U17 on the Tournament’s opening day.
Naress’ inclusion in the Canadian National Squad to the New
Zealand hosted 2018 ICC World Cup, did not therefore come as
any great surprise to those who had witnessed his meteoric rise
through the various levels of this country’s junior cricket.

Playing as a right-handed top-order batsman, Naress scored
102 runs in his four World Cup innings, As a leg-break and googly bowler he also captured 2 wickets for 54 runs.
Among Naress’ registered World Cup scores was an outstanding innings of 61 against the West Indies U19 team. Naress
was by then no stranger to the fearsome pace of the West Indies bowling attack, as he had already registered a half
century in a match against Trinidad in the West Indies Regional U19 Tournament. Naress had the 3rd highest aggregate
at the Tournament having also added to his half-century against Trinidad with similar half-tons against Guyana and the
Windward Islands and including a 71 as his highest score.
Now back to playing his regular cricket with the TCSCC, after a relatively brief stint with the West Indian Cricket Club,
Naress’ goal for the foreseeable if not immediate future is to represent Canada in all formats. He also harbors hope of
being chosen by any, and as many, of global cricket’s ever-increasing professional franchises.
Towards that end his self-confidence in his own abilities would have been boosted by the
advice he received from the world-recognized Coach, Wayne Parnell. During
one of the training sessions he attended as part of his involvement with
the 2018 GT20 Edmonton Royals, Parnell suggested to Naress, that
his unorthodox bowling action would likely attract the interest of
many professional Leagues’ franchises. As such his provided
advice to Naress was that he should continue working hard
on its further development.
Naress had already received similar advice from the
former Sri Lanka National player Dhamika Prasad who
had helped him get the opportunity to play for the
Singhalese Sports Club (SSC) winners of the country’s
2018 U23 Championship for Emerging Players. As one
of Naress’ cricket idols, Prasad has served as a source
of inspiration, constantly encourage him to work harder
and always keep on pushing his limits further, especially
in terms of his personal fitness.
Now still very young and soon approaching
only his 21st birthday, Kavian Naress has
already enjoyed the benefit of playing
with and against many world-recognized
international players including Dhamika
Prasad, Lahiru Kumar, Sunil Narine, Rayad
Emerit, the current Sri Lanka captain
Dasun Shanaka, Lendl Simmons, Joshua
de Silva, Sachithra Senanayake and Jeffrey
Vandersay. With such experiences under
his belt and as talented as he obviously is, it
would not be wise for anyone to bet against
Naress eventual fulfillment of his established
cricket related ambitions. His journey towards
which will now undoubtedly be One To Watch!