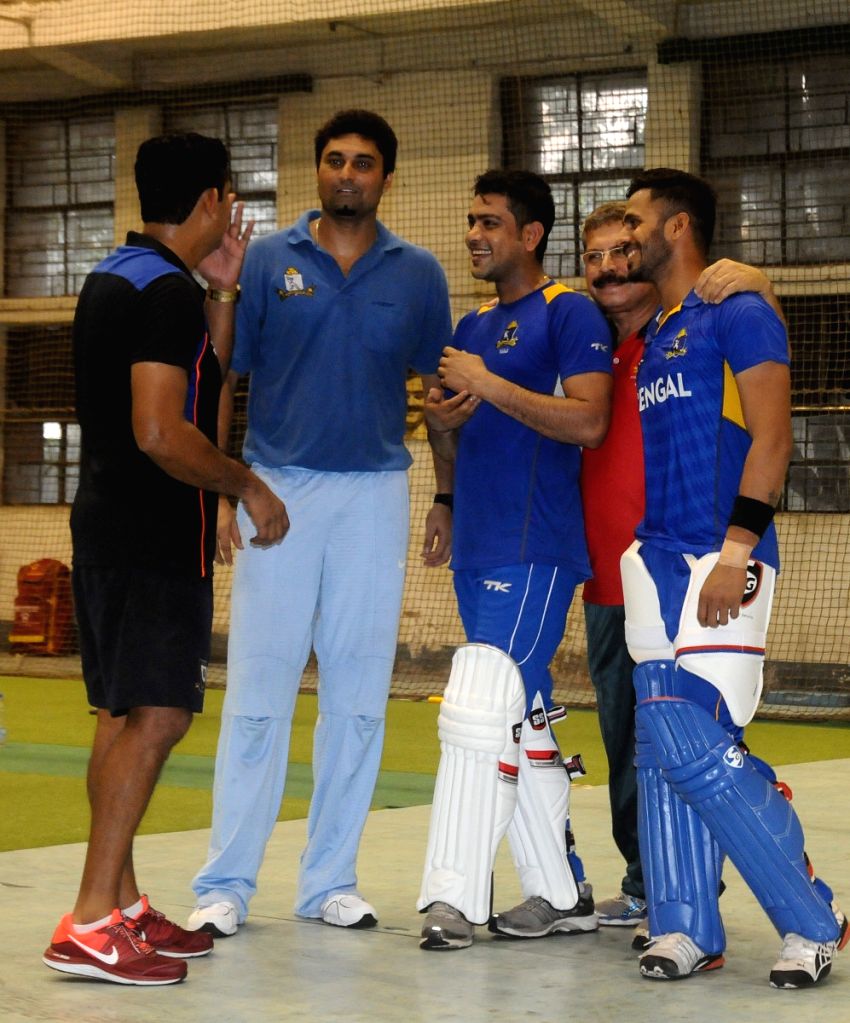 On the 25th of June in 1983, the identity of Cricket in India changed forever.
Growing up as a young boy in Chandigarh, India, the most vivid picture that
Pankaj Gupta has is a photograph of Kapil Dev standing at the Lord’s balcony
with the World Cup trophy in his hands.
Gupta was one among those of every five Indian children who envisioned
playing for India. With no formal training, Gupta picked up the game of Cricket
from his father, an avid sports lover.
Growing up as a teenager, Gupta would follow Cricket with utmost devotion. He
would wake up early in the morning to join the 89000 spectators in Australia/
New Zealand and watch the 1992 World Cup.
Gupta was exposed to competitive Cricket as early as in high school when his
school made a team for the first time. After the team reached the semi-finals
of the Inter-school competition, Gupta became a sensation in his circle with a
large fan following. Offers to play for other clubs started dropping in for young
Gupta but pursuing educational goals became a priority. So, Gupta went on to
study Chemical Engineering from Beant College of Engineering and Technology,
Gurdaspur, India. Soon enough, the Young Turks of the college got together to
start the college cricket team. It was a start to finish project for Gupta and his
team. They identified the land to build a cricket ground, obtained sanction,
rented a tractor to excavate the ground, and leveled it and all. In his four years
of stay in college, Gupta represented the institution in inter engineering college
competitions. He was eventually selected for the Punjab Technical University
team but moved to Pune to pursue a career after engineering.
Sports imbibe great disciplines in an individual that get transferred into being
a true professional. The preparation, the sacrifice and the constant desire to
improve facilitated Gupta’s dream coming true. Gupta moved to Canada in 2003
to pursue a Master in Business Administration (MBA) from Odette School of
Business, University of Windsor.
Gupta landed in Canada geared with indoor game kits like badminton rackets
and table tennis bats, expecting Canada to be a cold country. Little did Gupta
know that there was a pleasant surprise awaiting him. An acquaintance got
Gupta inducted to Canadian Cricket. Soon Gupta joined the Windsor Cricket
Club (WCC). He started playing under Sukhjinder Rana, a national player of his
time. Rana was at one point arguably Canada’s fastest pacer and that synced
well with the role model Gupta had nurtured in his mind, the Haryana Hurricane,
aka Kapil Dev Nikhanj, the all-time great.

Just as in college, Gupta built a cricket ground from scratch, in a foreign land,
too; his initiative to build a community continued. Gupta founded the “Indi
Sports Club” and organized indoor cricket tournaments for two consecutive
years at St. Denis center. The effort was recognized and
welcome by the international students at the University.
In 2005 Gupta was selected to represent Ontario for the
Inter-Provincial Tournament in Vancouver, B.C., led by Umar
Bhatti. The Canadian national team had just returned from
an international tour, and so a second rung Ontario team
went to Vancouver. The new team initially met with some
aloofness, but soon it earned respect and bagged the
Runners Up trophy. It was a great opportunity for Rizwan
Cheema, who was discovered as a reservoir of talent, to be
shaped up as a hard-hitting batsman.
Gupta’s contribution to Vancouver was recognized. On his
return, Gupta’s name was featured among the top 50 players
in Canada.
In 2007, Gupta moved to Toronto, and Cricket happened
again. A friend introduced Gupta to the Mississauga
Ramblers. It took a season for Gupta to establish himself in
the club, but within a few years, Gupta was made the Captain
of the Hamilton League Team. In 2010 Gupta became the
Captain of the Hamilton and District Cricket League team
and participated in the Interleague competition of the
Ontario Cricket Association. The team played against the
Who’s who of Cricket and emerged as runners-up. Gupta
also captained the Ramblers team that won the inaugural
Niagara Cricket Festival in 2013. Gupta also went to win the
Ed Burns T20 in 2015.
Gupta’s association with Ramblers got him into the
administrative side of Cricket, and he served as the Club
Captain, Treasurer and President of the club. During his
tenure, Gupta undertook and supervised many projects like
making the Iceland Cricket ground, getting Turf wickets and
practice nets installed with the help of Ontario Trillium and
The City of Mississauga.
During his term as the Treasurer of Mississauga Ramblers,
Gupta started attending TDCA meetings.” I began to realize
how important it was to be an enthusiast in life. Life taught
me that if you are interested in something, no matter what
it is, go at it at full speed ahead..”, recalls Gupta. Gupta’s
Club President Roy Supaual identified his enthusiasm and
passion for innovation and advised him to get involved in
League activities. Soon, Gupta got elected to TDCA Board.
In TDCA, Gupta was given a junior cricket portfolio. To help
improve the players, he qualified as a Level Two Umpire and
a Level One Scorer. Between 2012-13 Gupta was a member
of the selection committee for Junior Cricket. He drew the
perfect schedule for the Junior League schedule between
2016 and 2019. In late 2017 Gupta took over as League
Treasurer. In 2018 Gupta took responsibility to start the
TDCA T20 competition. To date, Gupta works very closely with
the TD league scheduler, Mr. Ali Zaidi.
.As an active Board member of TDCA, Gupta helped both the
National team and GT20 teams with their practices. “When GT20
was being held in King City in 2018, it was a monumental task for
us at TDCA to make sure that the tournament goes ahead as per
the plan as well as our league goes on smoothly. We managed to
pull it off, and that was all due to the team effort.”, recalls Gupta.
Gupta has been working with Mercedes Benz since passing his
MBA. Currently, Gupta is employed with a dealership of the
automotive giant in Brampton. His company was a sponsor for
the Toronto Nationals franchise team in GT20 for the 2019 season.
Gupta also played for the Chrysler team in the BIG 3 tournament
in Detroit and was the Player of the Tournament for 3 years in a
row between 2007-2009.
Despite his busy schedule at work, Gupta has not faltered in
his commitment to Canadian Cricket. Since becoming a Board
member with TDCA, Gupta’s sole goal has been to ensure that
TDCA is financially strong. “It’s a tedious task, generally takes half
an hour of my time every day.” .smiles Gupta.
Despite demands in his professional Life, Gupta finds a way to
unwind. Every second Sunday, he and his colleagues play tennis
ball cricket. The rest of his stress is eased by his wife Archana,
a pillar of strength for Gupta. A true-life partner and an equal,
besides being a dedicated cricket fan, Archana Mahajan (Gupta)
has passed the professional scorer’s examination and has scored
some provincial games as well.
“Cricket has given me a lot in Life. It has taught me a lot in Life.
Especially here in Canada, it has given me a second family apart
from my own family. It has given a meaning and something to
look forward to. ..I do it all for the love of the game. We are all
volunteers and servants of this game called cricket”, concludes
Gupta with a smile of satisfaction on his face.

Kavian Naress One To Watch!