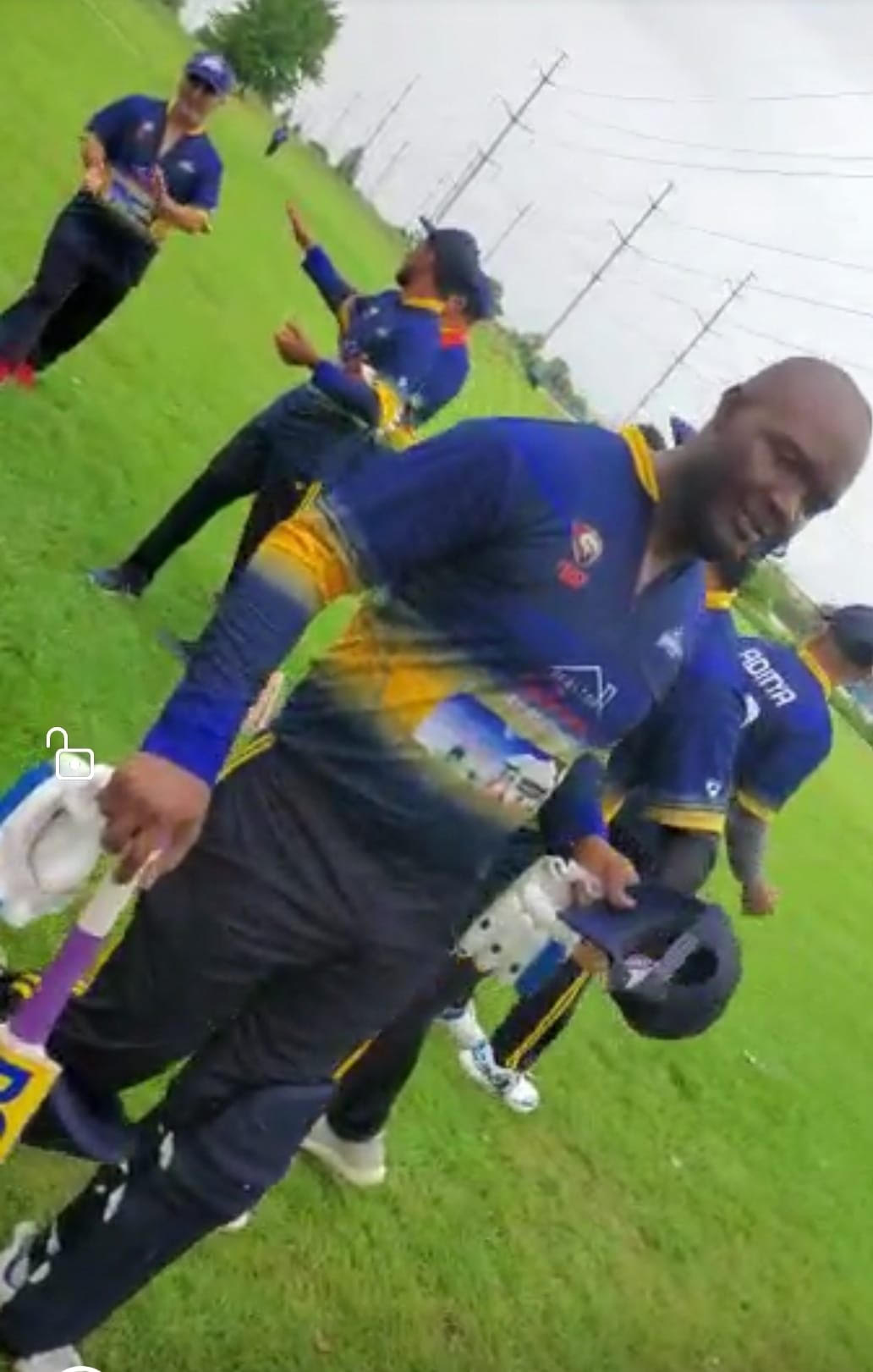 He might not have made it to the top echelons but has “rubbed shoulders” with some of Jamaica’s top players.
Those include the legendary West Indies fast bowler Courtney Walsh during his latter years, the Samuels brothers,
Robert and Marlon – architect of West Indies victories in the last two T20 World Cups, former West Indies wicketkeeper/
batsman Carlton Baugh and Nikita Miller, who also donned West Indies colours.
While Garfield Moore did not go on to represent
his country at the international level, he’s still
enjoying the sunshine game to the fullest. So
far in the Scarborough Cricket Association
(SCA) 2021 Season he has simply been a
revelation! Playing for Toronto Seawolves in
the Second Division, Moore has been enjoying
a brilliant year with the bat and to a lesser
extent with his fast-medium bowling.
The tall elegant 35-year-old player blasted a
boundary-studded 141 against Maple Cricket
Club, an innings that included seven fours
and 13 sixes as Toronto Seawolves reached a
formidable 274 for six in their allotted 40 overs.
He shared an excellent third-wicket partnership
with Milind Patel whose contribution was 66 with three fours and
two sixes. Maple Cricket Club were struggling on 34 for two when rains brought
an end to proceedings.
Moore’s second century was registered against TP Mesons when
he smashed four fours and 11 sixes in his 114 which came off 73
balls and coupled with Yash Patel’s 103, Toronto Seawolves were
dismissed for 299 in their allotted 40 overs. TP Mesons could only
muster192 in 29.2 overs with Moore adding two wickets for 25 runs
off five overs with his medium pacers.
According to Moore, he migrated to Canada in 2016 but only started
playing three years later as finding a suitable club wasn’t that easy at
the onset. Like earlier in his career, he started out solely as a wicketkeeper/
batsman but eventually changed to an all-rounder with more
emphasis on his batting.
A product of Kingston College in Jamaica, Moore pointed out that
he played there both at the Under-14 and Under-16 levels and later
Senior Cup (Schoolboys).
Moore made his debut for Melbourne Cricket Club in 2001,
representing the prestigious organisation at the Minor, Junior
and Senior levels, playing alongside Walsh, in his latter years, the
Samuels brothers, former West Indies wicket-batsman Carlton
Baugh and left-arm spinner Nikita Miller. It should also be noted that
former West Indies fast bowling great Michael Holding was also a
member of Melbourne.
Forced to give up the wicket-keeping duties in the Senior Cup
because of the presence of Baugh, Moore said he turned his
attention to bowling but still felt he had much to contribute in the
batting department.
Melbourne Cricket Club was established in May 1892 to provide
a club for men of “modest means”. It was the third cricket club
established in Kingston, after Kingston Cricket Club and Kensington
Cricket Club. In that time the club has produced 13 cricketers who
represented the West Indies and another 27 players who have
played for Jamaica