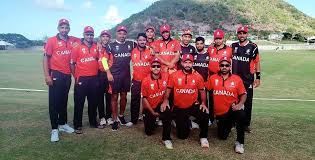 With the start of the actual 2020 Canadian cricket Season having been delayed indefinitely as a result of the prevailing COVID19 crisis, Canada’s national Selectors should now not unlike everyone else have time on their hands. Time which can perhaps be spent usefully considering available formulas for the eventual selection of Team Canada’s 15 member squad to this year’s 2020 Caribbean Regional Super50 Competition, if and when it occurs hopefully in November.
In terms of the selection of Canada’s Super50 Squad, the dilemma which constantly faces our national Selectors is that of having to choose between selecting the strongest team possible or using the Tournament purely as a development opportunity for emerging Canadian players. Last year’s choice was to send a Development Team, which to the surprise of many performed way beyond expectations in securing two victories from its ten matches played. A wonderfully surprising Tournament result that was actually the best ever to date by any Canadian team to the Caribbean.
Despite the Squad’s unexpected but extremely heartening performances, there were still those within Canadian cricket circles who viewed the Tournament as a lost opportunity, given that the chosen 15 member Squad had not included any of the players who had been selected to represent Canada at this year’s ICC U19 World Cup that was held in South Africa. The prevailing view among such individuals was that the Regional Super50 should have been used to provide valuable competitive match practice opportunities for at least a few of the World Cup bound U19 Players.
In direct contrast to those sentiments was the opposing view that Canada’s selected Super50 Squad should have actually been the strongest possible, as a means of ensuring the most favorable results. There are also those who suggested that Canada’s decision to send a purely Development Team to the Tournament to compete against the full strength squads of the other participating countries, would have served to undermine its overall value. Thankfully Team Canada’s actual two match victories performances might have effectively erased any such doubts.
As a viable solution to their dilemma, there is however a formula Canada’s Selectors might consider worthy of entertaining. That would be to have the Squad’s composition comprised simply of five players from each of the following age brackets: 18-21, 22-25 and 26-30.
For the first age bracket, consisting of those aged 18-21, the five chosen players would, of course, be selected from among those who would be either making repeat performances at the forthcoming ICC U19 World Cup or from those who would have performed creditably at this year’s recently concluded South Africa hosted Tournament. Akhil Kumar, Rishiv Joshi, Nicholas Manohar, Benjamin Calitz, Udabir Walia and Mihir Patel are among those who should come to the minds of the Selectors. Of those Joshi and Manohar are the only ones who are now past the age for further U19 World Cup participation.
Arslaan Khan and Bhindhu Adhetty are also among those that are now still U-21 who the Selectors should also seek to include in their considerations. There may also be others from Canada’s previous participation at the 2018 and 2019 U19 World Cups.
Next in line would be those players in the 22-25 age bracket, some of whom would have been at last year’s Regional Super50 and would have benefited from that experience. Yax Patel, Kanwar Mann, Kaleem Sana, Harsh Thaker and Nauman Zafar are foremost among those who might be suggesting to the Selectors that their credentials are worthy of an encore participation at this year’s Regional Super50.
Finally in the 26-30 age bracket would be current or former Senior team members who the Selectors might feel still have a few good years of remaining in the mix for national selection. Nitish Kumar, Nikhil Dutta, Rayan Pathan, Rodrigo Thomas would arguably be tops among the U30’s who should be considered for selection.
So there it is a Selection formula which if utilized could actually serve to not only address all the selectorial issues surrounding Canada’s annual participation in the Caribbean Regional Super50 Tournament, but which might also provide an actual blueprint for an even greater match-winning success. Over to you Messrs Dipchand, Seeraj et al!