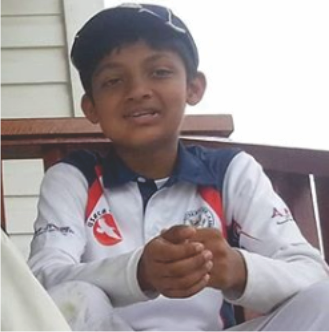 At the conclusion of the South Africa hosted International Cricket Conference (ICC) 2020 U19 World Cup, Canada’s Akhil Kumar was named as the 12th Man for the ICC’s Team Of The Tournament. The official Team Of The Tournament featured representatives from six of the Competition’s sixteen participating countries. An adjudication panel of five, which was comprised of commentators Ian Bishop, Rohan Gavaskar and Natalie Germanos, ESPN Cricinfo Correspondent Sreshth Shah and ICC Representative Mary Godbeer, had selected both the Team and Player Of The Tournament.

Kumar was the shining light in Canada’s campaign which resulted in a 13th place finish from among the 16 competing countries. Kumar captured 16 wickets at an average of 15.37 from the five matches he played during the Tournament, at the end of which he was tied with Afghanistan’s Shafiqullah Ghafari as the Tournament’s second highest wicket-taker.

Akhil Kumar’s outstanding ICC 2020 U19 World Cup performances would not have come as much of a surprise to his ever growing legions of fans within Canadian cricket circles. Much has always been expected of Kumar ever since his interest in cricket was first expressed as a toddling four-year old. He has yet to disappoint to the extent that his emergence as the ICC 2020 U19 World Cup’s second highest wicket-taker was simply the most recent confirmation of his seemingly inevitable rise to international stardom as a Canadian cricketer!

Akhil credits his Dad as having been the very first source of inspiration for his subsequent cricketing pursuits. A cricket bat given to him as a gift by his Dad, when he just three was the initial spark that ignited Akhil’s interest. Since then his Dad has remained as his biggest source of support, taking him to matches when he was growing up in the sport and always staying to watch from beginning to end!

As Akhil’s cricket career developed, the influence shifted meaningfully from his Dad and towards his Coach Derek Perera. Described as a “second Dad,” Akhil has credited Perera with having taught him a lot of things in and out of cricket. Through the Ontario Cricket Academy (OCA), which he owns and manages, Perera has also provided Akhil with many opportunities to travel the world for cricket and has always been a source of unwavering support during the past few years.

Akhil’s journey as an OCA protégé started when he was just a four-year old. Immediately upon entering the Academy, Coach Derek Perera had taken the tiny pre-schooler aside to do some catching basics with him. After a few simple catches that he easily held, which was still impressive considering his age, Coach Derek threw a few wide of him. Akhil dove, caught and rolled, quickly standing up again to toss the ball back to the awe-struck Perera.

Such was the tenacity of the young lad, who over the years has now since developed into one of Canada’s finest youth cricketers. Moving through the ranks of local cricket, Akhil eventually captained OCA at the U13 and U16 levels, before leapfrogging into the club’s top senior team alongside seasoned international and first-class players while still only 15 years of age.

Now widely regarded as Canada’s best all-rounder at the U19 level, Akhil had made his international youth debut, as a seventeen year old, at the 2019 ICC Americas Cup. In preparation for his 2020 ICC U19 World Cup participation he had spent a few weeks in New Zealand, training and playing matches as part of an OCA partnership.

Akhil’s cricket career to date has been punctuated by an ever increasing volume of outstanding performances. As a batsman he has scored numerous hundreds over the last few years in junior and senior cricket. He was the leading run scorer in the Mississauga International Cricket Festival this past summer, along with also being one of the leading scorers in the TDCA Elite division.

Incredibly Akhil’s his bowling is rated just as much as his batting, perhaps now following his outstanding 2020 U19 World Cup, arguably even higher. Clocked at 86 miles per hour by Steffan Jones (IPL Rajasthan Royals Fast Bowling Coach), he had impressed all of the coaches at the OCA’s most recent High Performance Camp last May.

Last summer, Akhil had been named the MVP of the ICC America’s tournament, having almost single-handedly helped Canada to qualify for the World Cup in South Africa. It was, says Akhil, “a great honor to represent Canada in the U19 World Cup. I learned a lot from this World Cup. I was really happy that I performed well for my country and for my family back home!”

Reflecting on his 2020 U19 World Cup experience, Akhil also said that it was exactly as he had expected! “It was a great learning experience during which all of Team Canada’s Squad members bonded really well as a team/family.”

Not surprisingly the personal performance that pleased Akhil the most was his 6 wicket haul against Japan in the Plate match. In terms of disappointments, his biggest regret was his failure to convert his 20’s and 30’s scores with the bat into much bigger more meaningful tallies!
Akhil’s 2020 U19 World Cup experience has also provided him with some very useful takeaways which he now intends to put to good use in the immediate future. The three biggest takeaways of these were being patient while bowling or batting, always sticking to the basics and focusing on the desired end result of each match!

As he now looks forward to the further development of his cricket career, Akhil’s intention is to keep training hard and to hopefully receive some offers from other countries for playing opportunities in the immediate future. Towards that end he is confident that his continuing involvement with the Ontario Cricket Academy will be as supportive as it has always been.

Akhil’s cricket goals are now firmly focused on becoming a member of Canada’s national senior team as quickly as possible. He also hopes to be drafted to play in the annual GT20 tournament alongside the respected international players. Akhil also wants to develop his cricket by traveling to different cricketing countries and competing in their national tournaments.

Questioned as to which of his two cricketing roles, batting or bowling, he actually enjoys the most, Akhil’s response is now post 2020 U19 World Cup more heavily weighed towards bowling than it might have been pre-Tournament “ To be honest I enjoy playing both roles, but bowling has to be the one I have been enjoying the most of late. I felt like I was bowling my quickest in this World Cup and took way more wickets than I had expected!”

Regardless of which role he favors most, Akhil Kumar has now indisputably become, even more than he ever was before, destined for Canadian cricket stardom

Take 20: Up Close With Akhil Kumar

One thought on “Akhil Kumar: Destined For Stardom!”