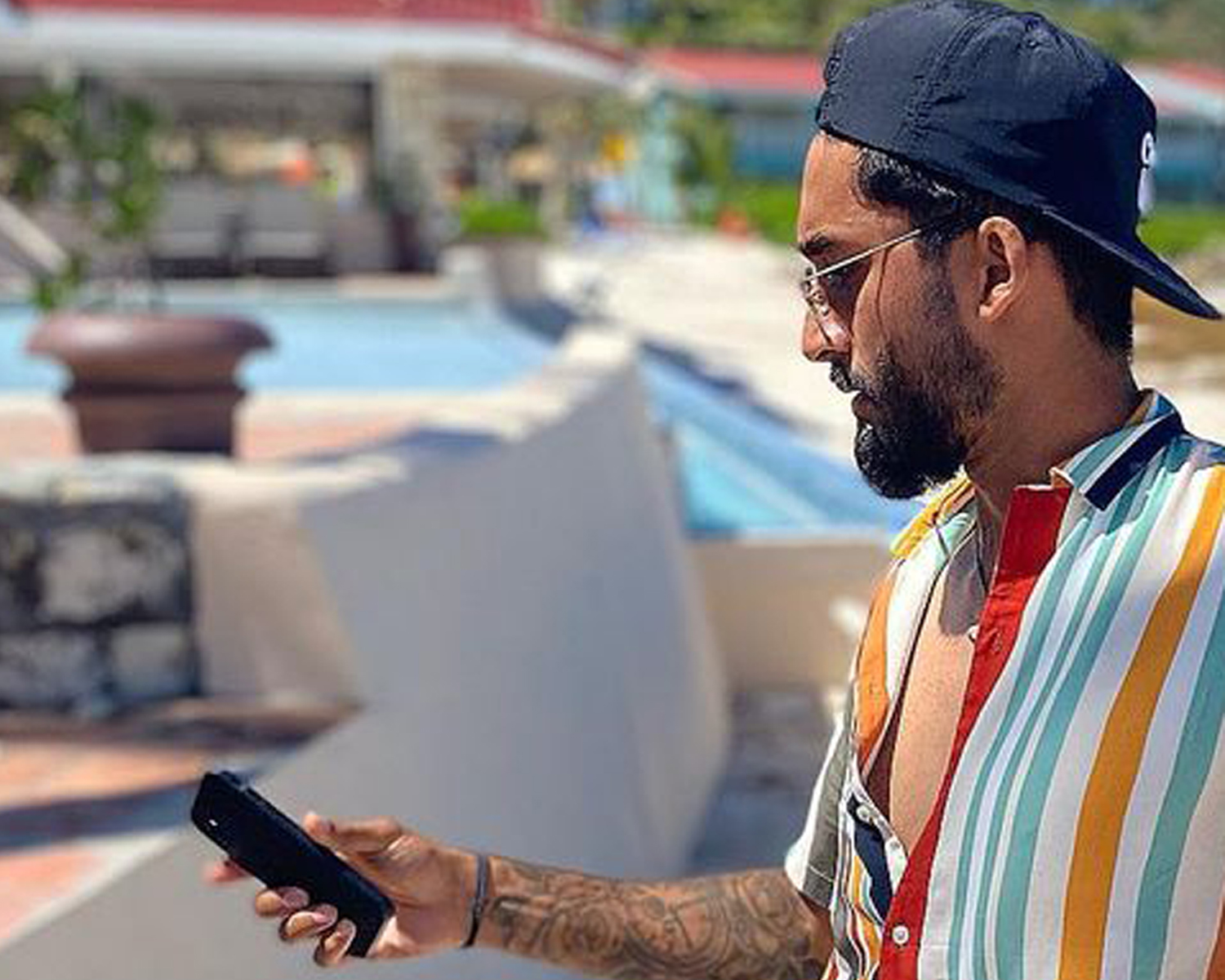 February 2021 will now go down in history as a month during
which the attention of thousands of Canadian cricket fans
would have been riveted on events in the Caribbean, namely
this years’ COVID 19 2020 replacement edition of the Cricket
West Indies Annual Regional Super50 Competition. The
focus of their rapt attention was of course the performances of
Canada’s Nitish Kumar, playing as he was for the Leewards Hurricanes one of the six
competing territorial franchises and as the only non West Indian in the Tournament.
In a phrase Kumar’s eventual batting performances in the Hurricane’s five Preliminary
Round matches against their respective opponents: the Windwards Volcanoes, Barbados
Pride, Guyana Jaguars, Trinidad Red Force and Jamaica Scorpions can best be described
as having been “sweet and sour!” The sweet parts of his performances, however,
outnumbering by far those that were describable as sour.
Tony McWatt
– Publisher
Amongst those that were so undeniably “sweet” were
his superb Tournament opening match century against
the Windwards Volcanoes, as well as his two outstanding
respective innings of 41 and 52 against the Barbados Pride
and Jamaica Scorpions. The icing for the sweet cake was
his having ended the Preliminary Round not only as the
Hurricanes’ top run scorer but also most impressively
third in the overall standings for the Tournament’s top
run getters.
As sweet as those returns would have been for all those,
myself included, who have long since become justifiable
admirers of Nitish’s obvious and prodigious talents as a
batsman, equally “sour” would have been the frustrating
manner of his dismissals in at least three of his five
Preliminary Round innings. Twice when set after having
done all the hard work and seemingly well on his way to
another century, he simply gifted his wicket away with
totally unnecessary, injudicious and almost predictably
unsuccessful reverse sweep attempts.
The first of these was against the Barbados Pride when on
41 his feeble attempt at a reverse sweep resulted in him
being caught behind. Having not learnt his lesson and
ignoring the provided, suggested advice that he should
consider cutting out the shot entirely, he again attempted
the very same high risk/low returns shot in the match
against the Jamaica Scorpions and was caught at backward
point. A dismissal which brought a most unnecessary and
premature end to an outstanding innings of 52, and which
had until then seemed to be certainly headed towards a
second tournament century.
Despite their justifiable frustration at having witnessed
those undeniably soft dismissals, as well as that against
Guyana when his caught in two minds feeble push to a
Motee delivery resulted in the simplest of catches to the
extra cover fielder, anyone who witnessed Kumar’s overall
batting during the tournament would have justifiably
impressed. He was at all times admirably balanced at
the crease and extremely comfortable producing scoring
shots on either side of the wicket. In the exact words of
the legendary former West Indies fast bowler, Sir Curtly
Ambrose, who was seeing Kumar bat for the very first
time, his batting was at all times “easy on the eyes!”
Now aged just 26 and still obviously very much in the
process of continuing the honing of his immense skills,
Kumar’s further development as an international batsman
should now be tremendously benefited by the experience
of his outstanding 2021 Caribbean Regional Super50
Leewards Hurricanes participation. That experience
should also serve the Canadian National team well when
hopefully it will be welcomed back by Cricket West Indies
as one of the participating teams for the tournament’s second
2021 edition later this year.