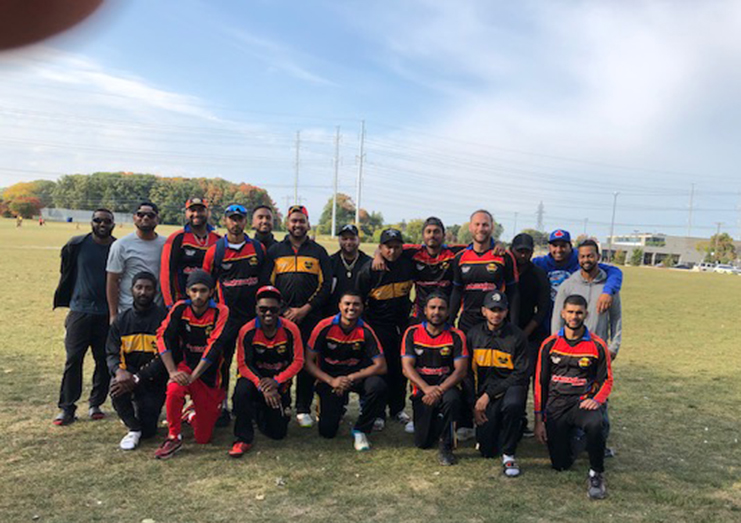 AFTER enduring an eleven-week delay, necessitated
by the ongoing Coronavirus pandemic, the Scarborough
Cricket Association (SCA) still managed
to stage its 2020 season which ended on the first
weekend of October. Because of the late start, a
unanimous decision was taken whereby the various
divisions were placed in groups and the respective
winners be declared champions. As such there were
therefore no playoffs!
Despite the setbacks, the season proved quite exciting
with several of the winners being decided during
the penultimate and final weekends. It was also
quite rewarding season for the West Indian dominated
Ambassadors Sports Club which captured
the “double,” winning Group A of the prestigious Elite
Division while their B team came out tops in Group
B in the Third Division. Ironically, both needed to win
their final encounters, the former on the penultimate
weekend and the latter the last weekend.
For the Elite team, it marked years of perseverance
and dedication. After several years endeavoring to
capture the Premiere League title and later the Elite
championship, they were rewarded for their untiring
efforts.
In what was billed as the virtual final of Group A of
the Elite League, Ambassadors thrashed archrivals
Highland Creek by eight wickets to emerge undisputed
champions.
The win took them to the top of the table with 70
points, five more than Highland Creek who started
the game with 65 and remained there. Victoria
Park Cricket Club (VPCC) finished with 35 points
while newcomers Danforth Dynamites registered 10
points.
The Group B winners were Ajax/ScarboroKingz A with
80 points with Janbaaz placing second on 50 while
Youngstars with 40 and Toronto Invaders on 10 were the other two
teams in the group.
Like their Elite counterparts, the debutant Ambassadors B entered
their final Third Division game versus Toronto 6ixers needing a
win to seal the Group B title which had eluded them the previous
weekend with a loss to Toronto Seawolves.
The victory took Ambassadors B to the top of the group with 70
points, five ahead of Toronto Seawolves who placed second on
65. Kokuvil Sports Club and Toronto Lead both ended on 40 points
while Toronto 6ixers had 35.
The Group A winners were Tpark Youngstars with 90 points with
Phoenix Kerala placing second on 85. Pickering Panthers had 30,
The Unions 25 and Ace Cricket Club 20.
The Premiere League saw Highland Creek B winning Group A with
70 points, followed by Bawa on 50, Ajax/Scarboro Kingz B with 35
and Kaieteur International on 25. Phoenix Kerala emerged the top
team in Group B with 55 points with Scarborough XI in the second
spot on 55. Team Tigers ended on 50 and Hawks/Toronto Braves
25.
Toronto Rhinos upstaged Durham to claim the First Division title.
Like the Elite game, it was another must-win game for either team
to cart off top honours. Maple/Skanda topped the Second Division
with 70 points and they were followed by Toronto Lions with
65, TP Tigers 25 and Ajax/Scarboro Kingz C on 20.