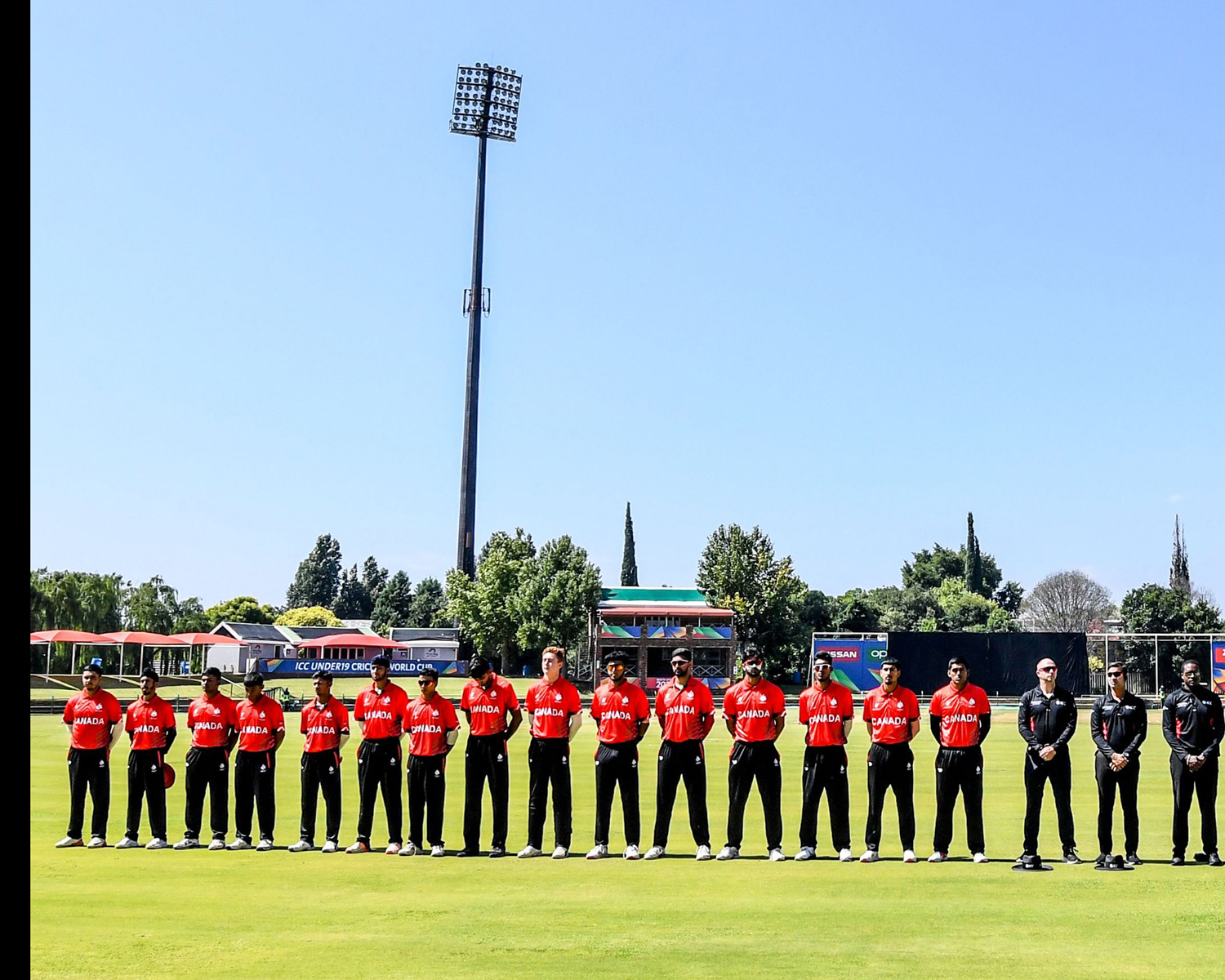 2020 has been an unprecedented year for Canadian cricket. The COVID-19 pandemic profoundly impacted
cricket at all levels, from local leagues up to international. It also greatly affected the operations of Cricket
Canada. The year started with a respectable performance from the Under 19 team at the World Cup, but
that was it for international cricket - the senior men’s team had made a strong start in the ICC Cricket
World Cup Challenge League but the second tournament of three was postponed, and the Americas T20 qualifier
suffered a similar fate. National level tournaments also fell by the wayside, with the only interprovincial event
being the Maritime T20, where three provinces safe inside the Atlantic bubble played each other in PEI in August.
The Global T20, which had brought high level cricket to Canada in 2018 and 2019 also could not be held- but the
organizers have kept in close touch with Cricket Canada and fully expect to be back in 2021.
The national body held its first ever virtual AGM, which saw a new president elected, Rashpal Bajwa taking over
from Ranjit Saini. As strict lockdown lifted in some provinces, Cricket Canada provided return to play guidelines to
help members navigate the complex issues that surrounded playing cricket in the midst of a pandemic.
The new board has taken the opportunity of this enforced period where little can be done on the field to work on
planning, and improvement of governance and process. A new men’s selection committee was appointed, and
they have submitted plans for next season, based on the likely national competitive structure. The board has also
approved a revision to the selection policy that puts in place a separate selection committee for the women’s
programme and will be soliciting nominations from the provincial members soon. The board appointed Durriya
Shabbir as women’s coordinator, and a strong women’s committee is in place. They are recommending that a
regional T20 national tournament structure be put in place, mirroring that which exists on the men’s side. These
tournaments are used by the selectors to identify talent for the HP programme and national programme.
WICKETS 6
Provisional plans have men’s regional T20 events in west and east in early June, and a national T20 event
later that month. The women’s programme also hopes to hold regional
T20 events in May/ June and a national event in the same month.
These events are planned for early in the season in order to allow
selection of national squads to prepare for ICC qualifying
events scheduled later in the summer. The Men’s T20
qualifier is provisionally scheduled for mid July, and the
rescheduled Challenge League for August. The ICC
have announced that the Women’s T20 qualifier
will take place in the USA in September,
with the hosts,
Canada, Brazil, and Argentina taking
part. It is likely that the Under 19 Americas
qualifier will take place in 2021, so plans need
to be made for selection and training for that
group of players.
The board, following the coach and manager
appointment policy, is putting in place a committee
to select national coaches. This committee, as per the
policy, will be three to five people, with a mix of board and
independent members, including those with experience
of the demands of managing teams at international
tournaments.
A major step forward in cricket development was the
December appointment of regional development
officers, Keith Deonarine with responsibilities for
Ontario, Quebec and the Atlantic Provinces and Kulbir
Jaswal for British Columbia, Alberta, Saskatchewan
and Manitoba.
All plans remain dependent on the COVID-19
situation, and Cricket Canada is committed
to following all provincial and national health
guidance in its activities.
Cricket Canada’s strategic planning continues.
Following an initial round of public consultation,
it seems likely that the new plan will continue with
the vision and mission statements established in 2018,
and will identify the main focus areas as developing
grass-roots cricket, performance of representative
teams, raising the profile of cricket in Canada, improving
governance at all levels, and marking and commercial
ventures. The feedback on values suggested that integrity,
accountability and transparency are considered critical by
most respondents, with the pursuit of excellence, inclusivity,
diversity, and community also important. The next steps
will be identifying key short and long term objectives in the
focus areas and developing an operational plan.