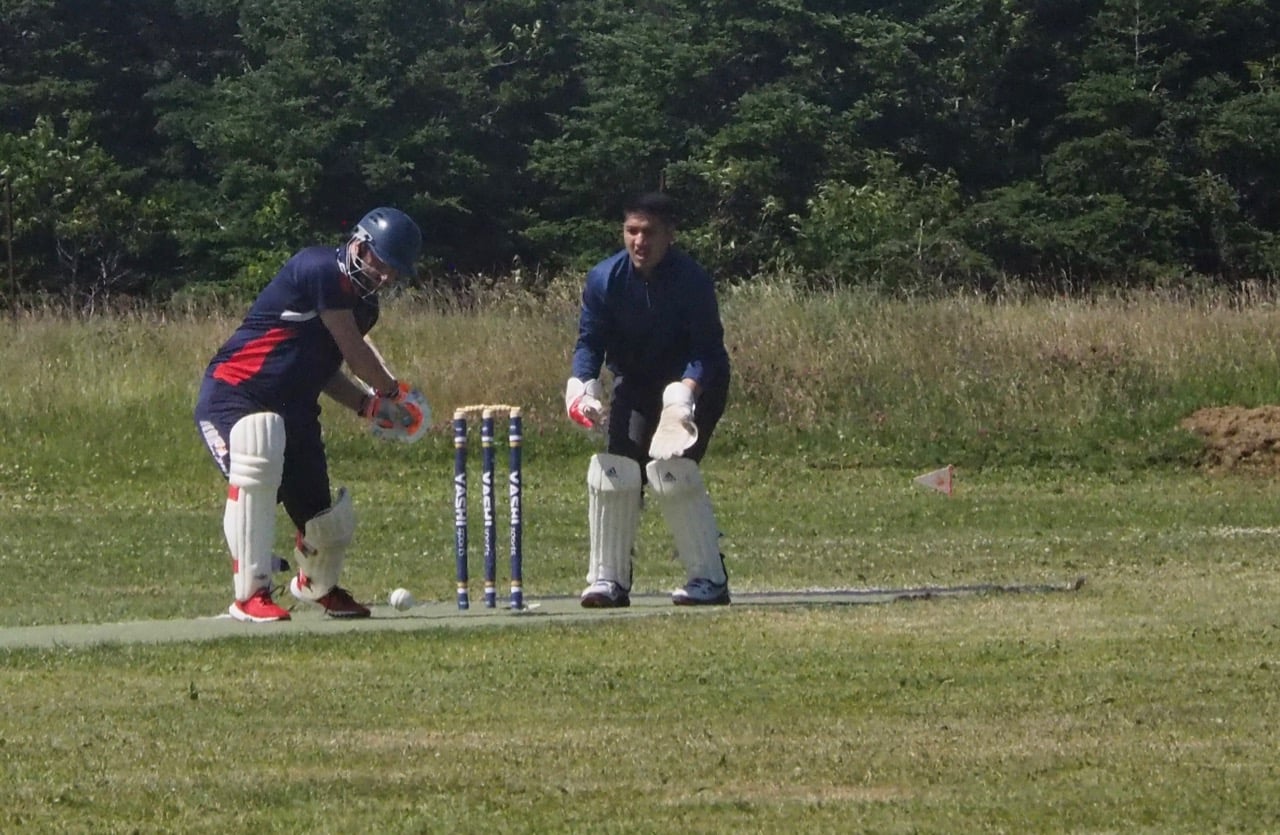 Cricket continues to grow in Canada’s easternmost province,
Newfoundland and Labrador. The provincial organization
is celebrating its 10th anniversary this year. Cricket has a
long history in the province with the St. John’s Cricket Club being
perhaps the first in Canada being active in 1823 but almost died
out until Cricket Newfoundland and Labrador (Cricket NL) was
founded in 2010.
Participation has tripled in the last three years, with nearly 250
active cricketers in 2019, and looks to be increasing again in 2020.
Cricket NL operates a summer hard-ball league, that had five
clubs and 105 participants in 2019, expanding to seven clubs in
2020. Indoor tape-ball competition takes place over the winter
with up to 130 players spread between 13 teams. 2019 saw the
launch of the first women’s club, the Salt Water Sirens with 25
members, and the summer Junior programme (ages 8 to 14) had
15 participants, down slightly from 2018. Cricket however is only
played in St. John’s, the capital city, and has not spread widely in
the province.
Forty players joined the high-performance programme, with
the objective of being selected for the provincial team for the
Eastern T20 Tournament held in PEI in 2019. The thirteen players
finally selected performed well, placing third in the five-team
championship. The costs of travel severely limit the opportunity to
compete inter-provincially, however. Provincial team captain (and
now President) Rahul Vashishtha took part in the National T20, and
was also entered into the Global T20 draft.
Cricket NL was fortunate in securing financial assistance in 2019,
including a $2000 grant to support the Junior programme from
the City of St John’s and $4500 from the provincial government
towards the purchase of ground maintenance equipment and insupport of ground rental costs. Cricket Canada also
provided a grant of $6000 travel costs for the 2019
Eastern T20 Tournament.
Cricket NL only has one ground, and this is a
limiting factor in further growth. The ground itself
is an excellent facility, with a high quality artificial
pitch, and an outfield much improved by work
from Cricket NL members. However there is no
guarantee of long-term tenure at the ground, and
the ground owners will not permit permanent
infrastructure (club houses, changing rooms etc.)
to be constructed. The single practice facility is
located close to the city centre and is well used but
is very basic and needs substantial improvement.
Indoor cricket is limited by gym access, and there
are no indoor nets, which are needed for serious
practice and player development.
A major highlight for 2019 was the initiation of
women’s cricket in the province. This was the result
of the hard work of one volunteer, Jazz Tucker, who
led the programme. She was able to attract 25
participants, the majority of which were beginners
to the sport. After starting to practice with tennis
ball cricket at the beginning of the year, they
had graduated to hard ball cricket by the end
of the season. In order to support the brand new
programme, Cricket Nl provided equipment,
facilities and coaching at no charge. The women
organized into a club at the end of the outdoor
season, and took part in the men’s indoor tapeball
tournaments over the winter. In 2020 they
are continuing to practice, with the objective of
competing inter-provincially in 2021.
During the year Cricket NL also actively promoted
cricket within schools. Three schools had multiweek
cricket programmes while others were visited
on demand. Cricket NL has the ability to train
community coaches in-province due to having a
coach training facilitator locally, but availability of
coaches during the school day is a challenge in
expansion of the programme.
The organization had ambitious plans for 2020,
many of which have been de-railed by COVID-19.
High performance indoor training was cancelled
after a couple of sessions, and outdoor practice
and match play severely delayed. The province
is fortunate in that the impact of COVID-19 has
been comparatively low, and cricket returned to
match play on Canada Day. A full seven team T20 league is
underway, and efforts to develop the longer 40 over format are
continuing. Despite the constraints of the virus, participation
numbers continue to increase, with the ground close to full
capacity on weekends. The junior and women’s programmes
have both re-started as well. High priority for the rest of the year
will be infrastructure development, with ground improvements,
and indoor nets important. The schools programme is in doubt
for now, but this may be an opportunity to train coaches in
preparation for expansion once the opportunity arises.
Much has been achieved in Cricket NL’s first decade, but in
the long term for growth to be sustained, there is still much
to be done. Spreading cricket beyond St. John’s is important,
but essential before being considered as a full provincial
sports organization. Growth also is dependent on the ability to
engage new players who do not come from a cricket playing
background. The success of the women’s programme provides
a road map for this. Although player numbers are small here,
there are some young, talented players who have the potential
to be part of the national high performance programme. They
need opportunities to play out-of-province at a higher level,
good practice facilities (both indoor and outdoor), a chance to
play on turf pitches, and access to high level coaches if we are
ever to see a provincial player on a national team.
Faced with many challenges but armed with just as many
potential solutions the future promises to be an exciting one
for CNL.