England will play their first Test match in St Lucia as part of a two-month tour of the Caribbean early next year. The other two venues for the three-match Test series, which is the first part of the trip, are Barbados and Antigua.

A five-match one-day series will follow with matches in Barbados, Grenada and St Lucia before the tour wraps up with three T20s which also includes a match at the Darren Sammy National Cricket Stadium.

England arrive in Barbados on January 11 and have one four-day tour match penciled in ahead of the opening Test on January 23.

A tour by England remains very important for the West Indies board because of the number of travelling supporters they are likely to bring. This is the first time all three formats have been played on the same tour since 2009. 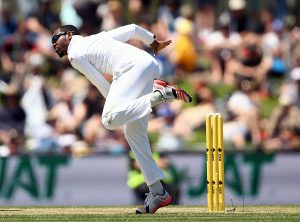 Jomel Warrican, the left-arm spinner, returned to the West Indies Test squad for their two-match series against India in October. Warrican played the last of his four Tests in January 2016, but was handed a red-ball contract by Cricket West Indies in January this year, indicating that he remained very much part of their plans. Warrican has spent the last two months with the West Indies A team, playing England Lions and India A in England. While his numbers from those games are not particularly striking, he did cause the touring Sri Lankans issues in May, claiming 4 for 81 in a warm-up game in Tarouba. In India, he will offer West Indies a second-specialist spin option behind legspinner Devendra Bishoo. 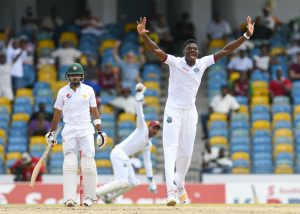 Alzarri Joseph, the 21-year old fast bowler, is also set to return to Test cricket after more than a year. Joseph broke into the West Indies side as a 19-year-old in 2016 and has since played six Tests, the last of which was last August in England. Joseph is returning from a stress fracture in his back, which he picked up in New Zealand in December. He returned to limited-overs cricket in the preceding series at home, against Bangladesh, and was picked in the squad for the second Test of that series. He, however, did not play, making this his first chance at long-form cricket since the injury.

Batsman Sunil Ambris is also back for his first Test of the year, having missed out recently due to injury, according to West Indies’ chairman of selectors Courtney Brown. It is not clear what the injury was. Ambris had fractured his left forearm during the series against New Zealand last December – his debut series, where he was hit-wicket twice in two games – but it was believed that he had recovered from that injury ahead of West Indies’ home-summer series against Sri Lanka and Bangladesh.

Jahmar Hamilton, the uncapped wicketkeeper-batsman, also made the 15. Hamilton was picked for the home Tests against Sri Lanka but didn’t get a game. In India, he will provide back-up with the gloves to Shane Dowrich.

Batsman Devon Smith, who made a return this season against Sri Lanka after three years out of the team, and fast bowler Miguel Cummins are the only two to miss out from the squad that played the Bangladesh series.

Browne said: “The panel congratulates Jason Holder and his team on the excellent performance against Bangladesh. As the team embarks on a tough tour of India, the successes against Sri Lanka and Bangladesh should hold them in good stead. The panel welcomes back Sunil Ambris, who missed the last couple of series due to injury, along with Jomel Warrican, who adds a second spin-bowling option to the attack.”

While West Indies are coming off a convincing 2-0 series win against Bangladesh and a drawn series against Sri Lanka, they have struggled significantly against their upcoming opponents. Their last Test win against India came in Kingston in 2002, while their last Test success in India was a 243-run win in Mohali in 1994.

The two Tests in India will be followed by five ODIs and three T20s.