If our Canadian cricket community had been in the habit of recognizing outstanding female and male individuals as
“Personalities Of The Month,” this month’s October 2021 awardees would undoubtedly have been Canadian National
Women’s Player Divya Saxena and Brampton City Mayor Patrick Brown respectively. Both Ms. Saxena and Mayor Brown have created a history of sorts within the past few days and as such are totally deserving of our highest kudos.

Divya Saxena was the Canadian National Women’s team opening batter for its matches in the
Mexico hosted October 18-25 International Cricket Council (ICC) 2022 Women’s T20 World
Cup Qualifier. Argentina, Brazil, and the USA were the other National teams that participated
in the tournament, which was played on a double round-robin format that allowed each team
to play their three opponents twice.

Saxena opened the batting in all of Team Canada’s six matches during the Competition. She
scored a tournament-high aggregate of 180 runs from six innings batted, three of which
were undefeated. Her 70 not out in Canada’s opening match against Argentina was the
tournament’s highest individual score. Saxena ended the tournament with an average of
60.00 and a highly impressive strike rate of 86.12.

Saxena’s outstanding aggregate earned her the tournament’s Best Batter Award. As
prestigious as that Award is, it arguably pales by comparison to that of the Tournament’s
Most Valuable Player (MVP), which Saxena also won, becoming in the process the first-ever
Canadian National Women’s cricketer to ever do so.

Saxena’s Tournament MVP Award was adjudicated by the participating ICC Match
Referee and officiating umpires. She copped the award on the basis of her outstanding
combined batting, bowling, and fielding. In addition to her tournament-leading batting,
Saxena also captured 2 wickets at an average of 27.50 in the 19 overs she bowled for Team
Canada, her economy rate for which was an impressively paltry 2.89. She also held 3
catches which fielding mostly at first slip.

For her outstanding, historical, 2021 ICC America’s Qualifier award-winning performances Divya Saxena, again, deserves
our kudos of the very highest order. So too does the City of Brampton’s Mayor
Patrick Brown for his most recent initiative on behalf of Canadian cricket.

Mayor Brown created a bit of history in his own right by presenting to the Brampton City Council a proposal for its construction of a 35 million dollar stadium as a venue for cricket, field hockey, and soccer. To the best of our
knowledge, Mayor Brown’s proposal is the very first of its kind to ever be made to any City Council within Canada.

Mayor Patrick Brown’s 35 million dollar stadium proposal is just the latest of an ever-growing, impressively
long list of initiatives he has introduced and implemented in Brampton towards cricket’s further development. It’s
almost entirely as a result of his efforts, admittedly fueled as they have been by the incessant encouragement of
the Brampton & Etobicoke Cricket League’s (BEDCL) President Praim Persaud and his other Executive Board Members, that Brampton City now has numerous turf wickets at its cricket grounds, one of which is also fully lighted.

Mayor Patrick Brown will seemingly be sternly challenged when he attempts to have his stadium
proposal approved by Brampton’s City Council at its scheduled November 2021 Budget Meeting. Given the unquestionable value it would provide to the further development of Canadian cricket, Mayor Brown’s stadium proposal
now deserves to be fully supported by every member of our Canadian cricket community. We should all, therefore, now seek to offer Mayor Brown our support for his stadium construction initiative in any and every way possible. 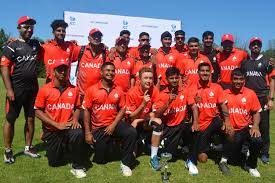