As the Montreal Tigers’ chosen marquee players for the 2019 GT20 Canada second season, much will be expected from former Australian captain and batsman George Bailey West Indies mystery spinner Sunil Narine, and Sri Lankan all-rounder Thisara Perera. The Tigers hopes will be for these three to provide consistently outstanding performances with bat and ball as an inspiration to the other less famous members of the franchise’s roster. 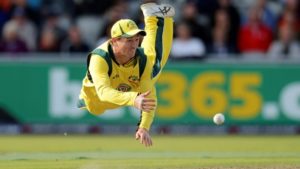 George Bailey had been on the Australian domestic cricket scene for a decade when he made his international debut in early 2012, yet few men have had such a meteoric rise. If that seems a contradiction, consider that Bailey went from uncapped to captain with nothing in between. Australia were searching for a new leader of their Twenty20 side and the Tasmanian Bailey was one of the most respected state skippers, and was thrust into the role to replace Cameron White. It made him the first man since Dave Gregory in the first Test match in 1877 to be named captain in his debut for Australia in any format. Over the next couple of years Bailey worked his way into Australia’s team in all three forms of the game, and was part of the unchanged XI that delivered an Ashes whitewash in 2013-14.

However, while he made contributions in the Test team and T20 side, it was as an ODI batsman that Bailey shone brightest. A destructive striker capable of changing a match within a few overs, Bailey enjoyed an especially prolific ODI year in 2013 and at his peak was ranked the No.2 ODI batsman in the world.

One of the most respected men in Australian cricket, Bailey was viewed as a mature and adaptable captain. He led Australia in two World T20 campaigns before resigning the T20 captaincy in 2014 to focus on ODIs and playing more first-class cricket. 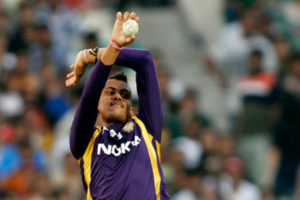 Sunil Narine, a mystery spinner, caught the West Indies selectors’ attention by taking all ten wickets in a trial match and received a call up to the Trinidad & Tobago squad in January 2009. He may not have accomplished that in international cricket , but every time Narine came to bowl, he looked like taking a wicket. His bag of tricks – an assortment of carrom balls, knuckle balls and skidders – led West Indies to the World T20 title in 2012 – the first time they claimed a World trophy since 1979.

He was one of the chief architects of Kolkata Knight Riders’ two title victories in 2012 and 2014 – well worth the investment they put in him. He was bought at US $700,000 in 2012, promptly became the Man of the Tournament and has been retained by the franchise ever since. Narine once bowled more overs than runs conceded in a Twenty20 match, with 21 dot balls out of 24 in the Caribbean Premier League 2014. After nearly 650 overs, he went into IPL 2016 with 216 wickets at an economy rate of 5.52. Such highs were beyond him in the Test arena though; his last match came in December 2013 and his bowling average remains a dismal 40.52.

Narine ran into serious trouble with his bowling action in the Champions League Twenty20 2014. He had to rework it once before too, in 2011, with the help of biomechanical experts at the University of Western Australia in Perth, prior to making his ODI debut in India.

Narine was lost to international cricket for over a year, but he returned to the West Indies side in November 2015 and ran into trouble with his action again. This time it was the ICC who were on his tail and he was subsequently suspended from bowling in international cricket. He was ranked the No. 1 bowler in T20Is when he was picked for the World T20 in 2016, but withdrew from the tournament to focus on his rehabilitation. In April, two days before the start of the IPL, his action was cleared by the ICC.

In June 2019, he was selected to play for the Montreal Tigers franchise team in the 2019 Global T20 Canadatournament. 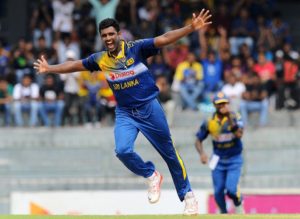 A bustling right-arm seamer and sporadically effective left-handed hitter, Thisara Perera has been in Sri Lanka’s short-format sides since 2010. Bowling is ostensibly Perera’s major skill but, often deployed in the lower-middle order, he is also capable of delivering furious finishes to an innings. Perera is particularly severe on spin, which has led to his being used as a pinch-hitter through the middle overs, but he has at times also been weak to quality pace bowling. He is the kind of player for whom form in one discipline usually bleeds into the other.

Perera has also done well with bat and ball on previous tours to Australia, and has often been at his best against India, memorably slamming the straight six that completed Sri Lanka’s World T20 triumph in 2014. His more recent years have been beset by inconsistency but Perera continues to command a place in the side. He has hat-tricks in both ODIs and T20s.

In August 2017, he was named in a World XI side to play three Twenty20 International matches against Pakistan in the 2017 Independence Cup in Lahore. In the second T20I of the series, Perera took 2 wickets and scored an unbeaten 19-ball 47 runs to lift the World XI to win by 7 wickets. The score highlighted by five huge sixes and Perera won the man of the match award for his match winning all-round performances.

Having been bought by the Chennai Super Kings he has been one of the few Sri Lanka players to consistently find employment in the competition.