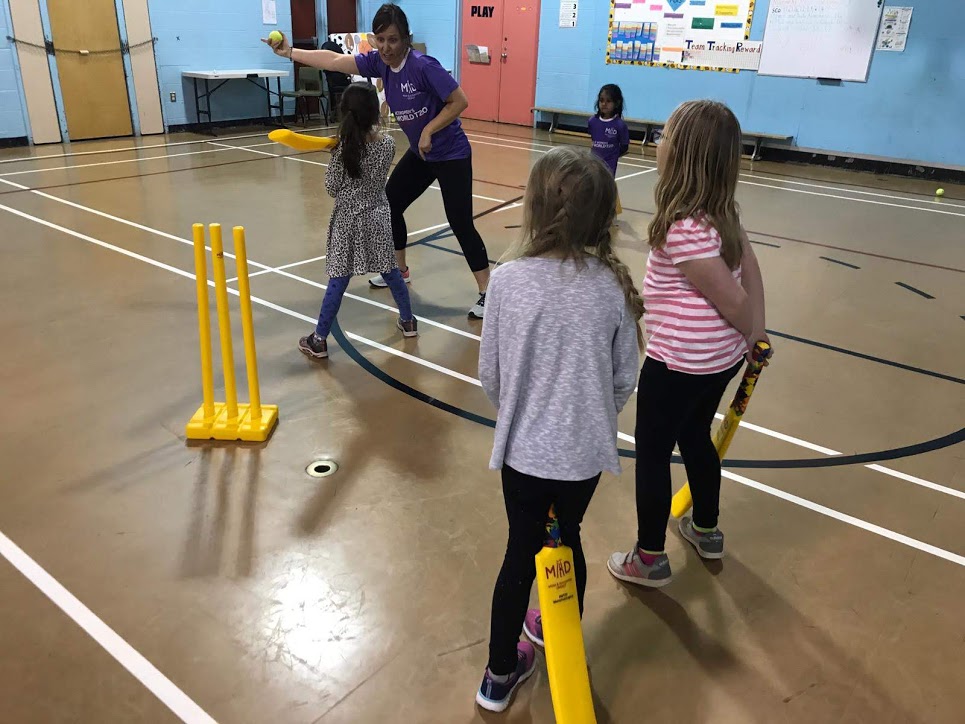 Last February as part of its continued efforts towards the further promotion of cricket within the Province of New Brunswick, the Kennebecasis Valley Cricket launched its Mothers And Daughter’s initiative with the objective of introducing Valley mothers and daughters to the skills and joys of the sport! The Club’s subsequent promotions of the MAD cricket initiative on its website, Facebook, and CBC Radio resulted in 17 registrations and a participation of 35 individuals overall including kids, which was completely inline with what had been anticipated.
Regrettably this years’ encore initiative has not as yet taken place as a result of the KC Club’s Executives’ inability to complete the required logistics on time. The subsequent development of the COVID19 crisis with its associated restrictions has now also placed the planned scheduling of this year’s Program on an indefinite hold.
As previously indicated KC Cricket Club’s implementation of the International Conference (ICC) founded MAD Cricket initiative was just another of the Club’s ongoing efforts to further popularize cricket within the Province of New Brunswick. Liz McCleave, the Club’s Brand and Marketing Director, said the push to include more women in the sport came directly from the International Cricket Council, cricket’s global governing body.
“It’s just a great experience for bonding as well as an opportunity to build community,” said McCleave.
McCleave said she was introduced to cricket while playing a Snow Cricket Tournament in Fredericton. Her love of cricket continued to grow, in part because of her partner, a native New Zealander who played the sport semi-professionally.
“Cricket is a huge part of our home. He definitely kept my love and passion for cricket going. Here in New Brunswick, it tends to be a comforting home for a lot of immigrants who moved here. It’s a broader sense of
WICK
ETS 12
community and family, to be honest. Some of these cricket players I’ve played with have become like family to us.”
Heather Purcell, who was the Program’s Head Coach, was at the time of its introduction also fairly new to cricket. She has however, always been involved in the sporting world and played competitive softball when she was younger.
“It felt like a natural transition, which came fairly easily to me!” said Purcell.
The popularity of cricket has increased in the Province in recent years. There are now Clubs in the Saint Johns, Fredericton and Moncton areas. Purcell said there are many reasons to love cricket, but she likes its community aspects.
The KC Cricket Club’s 2019 MAD Cricket Initiative ran for six weeks starting Feb. 21 from 6 to 8 p.m. at the Loch Lomond School gym in east Saint John .
“The key to the Program’s initial success was that we were able to make it sufficiently enjoyable as a fun exercise which left the participating women and their daughters wanting t come back for each of the hosted sessions” Purcell said. “They would also have been eagerly looking forward to this Season’s Programs”!

One To Watch: Benjamin Calitz!