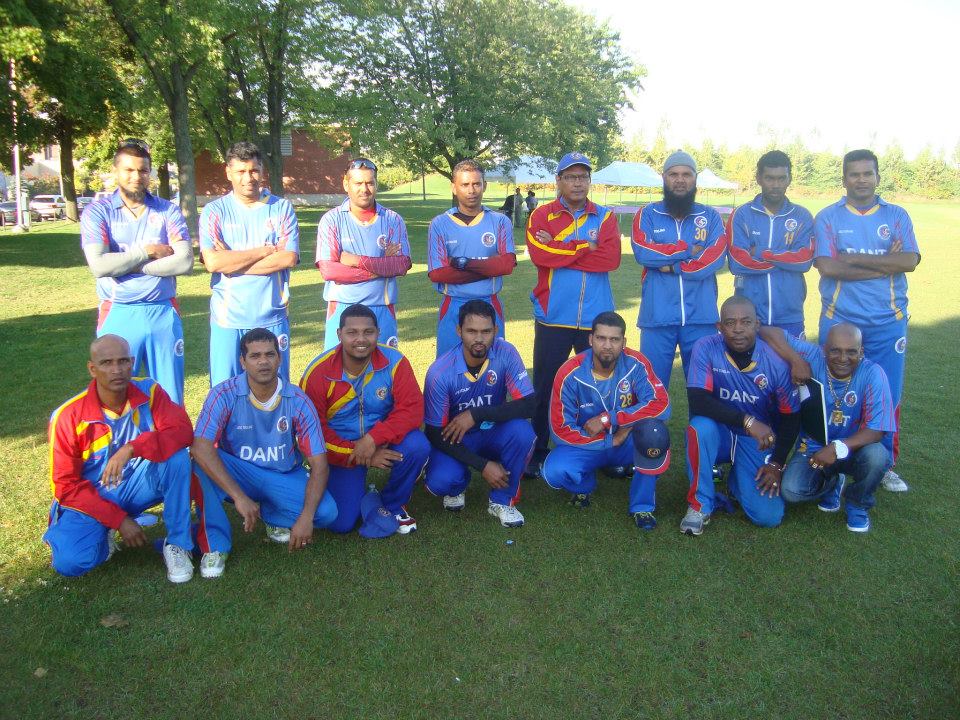 When the Ontario Softball Cricket League (OSCL) eventually holds its Annual General Meeting later this year a new President will be elected. The League’s longstanding President and Co-Founder Albert Ramcharran, has recently advised its membership that he is no longer interested in continuing in the position.

Ramcharran, along with Buddy Singh, Kenny Girdharry and Dharam Lall were among the Founders of the OSCL way back in 1996. In the twenty-four years since then the League has grown impressively, attracting an ever increasing number of softball cricket interested players. The OSCL’s 18 registered teams now play in two Divisions, one of which Division 2 hosts two Conferences. The OCL hosts three competitions during the cricket season, these include a round robin 20 Over League, a 15 over Knockout Tournament and a T10 (10 overs) Competition.

Since its formation in 1996, back in the days when it was definitely the only organized softball Cricket League and the second largest cricketing body in all of North America, the OSCL once grew to an all time high of approximately 42 teams.. Having waited for a very long time for a League to become active the players were anxious to showcase their talents, which they did as soon as the desired opportunities were presented. The OSCL introduced a mid season All Star Game which it now still hosts.

Two OSCL representative teams also participated in the first ever Softball Cricket Mini World Cup which was held in Orlando, Florida in 2000. As a follow up to that Tournament the OSCL hosted it own successive Mini World Cups in 2003 and 2005 with its own A team emerging as the Championship winners in both years.

As part of its current initiatives and activities the OSCL hosts an Annual mid season Family Fun Day, during which the League provides lunch for all attendees in addition to entertainment for the kids. The Family Fun Day serves as an opportunity for the OSCL’s players to bring out their entire families, especially their wives, girlfriends, and most importantly their kids.

The Family Fun Day’s agenda features several novelty games (bag race, lime and spoon, tug-o-war etc.) for all the players’ kids and significant others to participate in and enjoy. At the conclusion of the Family Fun Day each and every one of the attending kids is presented with a take home prize.

At its next Executive Meeting, which is scheduled to be held during the first week of February, the OSCL’s Board of Directors will be formulating plans for the forthcoming 2020 cricket Seasonwhich will mark its 25th anniversary. The OSCL’s current Vice president Terry Mathura, who could very well be the person chosen to replace the departing Albert Ramcharran as President, would like to see the League continue to function regardless of its number of actual registered teams. Mathura would also like the players to conduct themselves better and for there to be far better judgment on the part of the League’s umpires. Mathura strongly feels that the OSCL is now still one of the best softball Leagues within the GTA. As an OSCL administrator, he however recognizes the League’s need to make changes to the way it has managed its responsibilities. Mathura would also like to see some newer faces from among the younger generation holding positions on the OSCL’s Executive Board, as this is the only way that the League can and will move forward!

The Importance Of Biomechanics In Cricket!