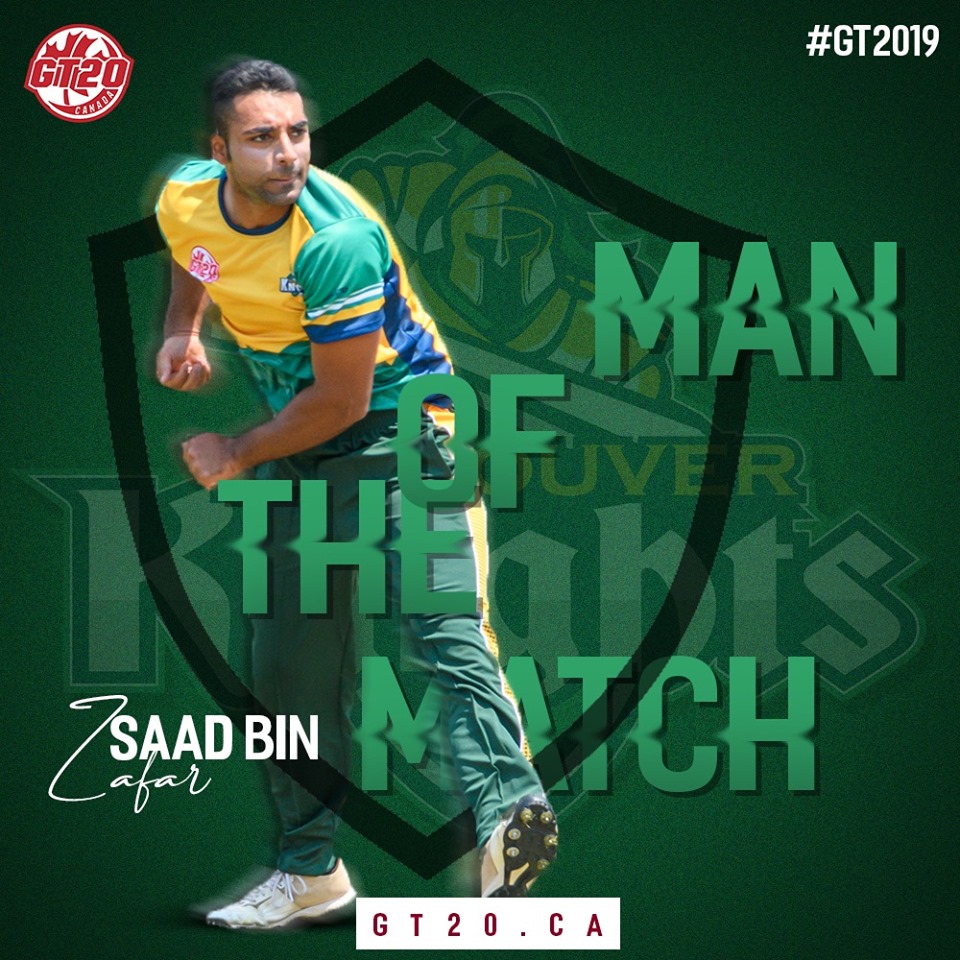 Canada’s Saad Bin Zafar’s plans for further international cricket exposure have been dealt a setback by the announcement of the cancellation of the Euro T20 Slam’s Inaugural Season, just two weeks before the tournament had been scheduled to start. Saad Bin Zafar had been the lone Canadian player drafted to participate in this year’s Tournament.

Speculation had been rampant of late that the tournament could be cancelled and that turned into reality on the evening of July 14 as Tournament organizers, led by Gurmeet Singh's Bombay Sports Limited and Woods Entertainment, the same group in charge of the Global T20 Canada, had run into increasing financial difficulties in recent weeks.

The tournament's organizers released a statement saying that "the board of the Euro T20 Slam, funding partners and franchise owners of this exciting new T20 tournament have reluctantly come to the decision that staging of the event will not be possible in 2019", but did not expand upon the specifics behind the decision. The league tweeted a later statement citing "unforeseen circumstances".

Various marquee players had been drafted to play in the league, including Rashid Khan, Eoin Morgan, Dale Steyn, Babar Azam and Faf du Plessis. According to multiple sources, players from the three host nations were told as early as August 14 that the tournament was likely to be cancelled, as well as event vendors including television production staff. But it is understood that most overseas players had been unaware of the tournament's cancellation before the statement was issued.

The dates for the Euro T20 Slam had been in direct competition with the Caribbean Premier League, with the latter due to start on September 4. Many marquee players who were CPL representatives in the past several years - including Rashid Khan, Shane Watson, Imran Tahir, Martin Guptill, Chris Lynn and Luke Ronchi - and who had submitted their names for both the CPL and Euro T20 Slam drafts this year, eventually opted to withdraw from CPL consideration to commit to the Euro T20 Slam.

Saad Bin Zafar just recently completed an outstanding GT20 Canada 2nd Season with the ball. He was the leading wicket-taker for the Tournament’s eventual runner-up and 2018 Champions Vancouver Knights. Bin Zafar took 8 wickets from 19 overs bowled during 6 innings at an average of 19 and an economy rate of 8.