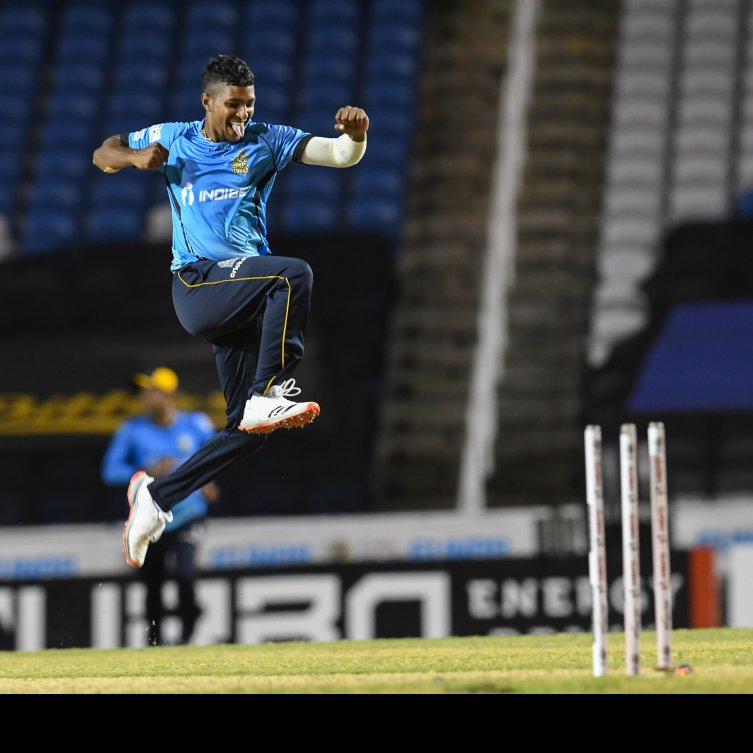 With the experienced Darren Sammy as Captain, the St Lucia Zouks’ 2020
Caribbean Premier League Season performance was the best ever in the
franchise’s history. Despite Sammy’s personal non-performance with both bat and
ball, the Zouks nonetheless won seven of their twelve matches played to emerge as the
losing finalists and runners-up to the eventual Tournament Champions, the unbeaten Trinbago
Knight Riders.
Sammy’s personal contribution to the Zouks’ 2020 campaign was a meager 42 runs from 12 innings batted for an
embarrassing 6.00 average. His bowling was equally unimpressive, a solitary wicket at a 28.00 average and 9.33
economy rate from 2 overs bowled.
That the Zouks managed to do as well as they did, despite Sammy’s notable non-contribution, was largely due to
the outstanding performance of their opening bowler, New Zealand’s Scott Kuggeleijn. His 17 wickets were the
most by any bowler in the entire Tournament. Kuggeleijn was also one of the fastest bowlers on show during the
Tournament, constantly delivering at speeds in excess of 140km. The veteran, now 38 year old, Fidel Edwards
playing for the Jamaica Tallawahs was the only bowler faster than Kuggeleijn at any stage of the Tournament.
Kuggeleijn was also well supported by Kesrick Williams who captured 13 wickets with his left-arm seamers and
by Afghanistan’s Mohammad Nabi. His right-arm off breaks yielded 12 wickets at an impressive 5.10 economy
rate.
In the batting department, Roston Chase (225), Najibullah Zadran (224) and Andre Fletcher (211) all had
Tournament aggregates of over 200. There were also useful sub-200 aggregates from Rakheem Cornwall
(182), Mark Deyal (166) and Nabi (156).
As a batting unit, the Zouks recorded four totals in excess of 150 in their twelve innings at bat, two of which
involved required run chasing targets of under 60. The Zouks’ never-say-die attitude in defending low
posted totals, the most outstanding of which was their successful defense of the 92 they scored against the
defending champions the Barbados Tridents, was however in the end the highlight of a most satisfactory
overall Tournament performance.