Very soon after this Christmas and New Year’s celebrations
are over Canada’s National Men’s Junior cricketers will be
headed to St Kitts to participate in the 2022 ICC U19 World
Cup. The Canadians will be one of sixteen participating teams

in the Caribbean-hosted World Cup, which gets underway on January 14 and concludes on
February 5 with the Final at Antigua’s famed Sir Vivian Richards National Stadium.
The sixteen participating teams will be divided into four equal number groups for the
tournament’s Preliminary round-robin matches. Placed as they have been in Group A,
alongside defending champions Bangladesh, traditional powerhouse England and the very
formidable UAE, the Canadians will be very hard-pressed to emerge as one of the two top
teams that will be progressing to the tournament’s quarterfinal knockout stage. The best that
they can realistically likely hope for might be a progression to the Plate Playoffs as the Group’s
third-best team.

Regardless of how well they do as a
unit, the very least that will be expected
of each and every one of the fifteen
players who have now been awarded
the honor of representing Canada at the
World Cup is that they give of their very
best at all times during the tournament.

Playing as they will be in front of an
anticipated global audience of millions
of television viewers, they should each
view their World Cup participation as
a dual opportunity. Firstly to showcase
their respective individual skills in the
best possible manner, and secondly to
demonstrate to the entire world just
how much home-bred talent there now
is in Canadian cricket.

Perhaps the most enlightening and
wholly encouraging aspect of the
selected 15 member Canadian squad
is that an impressively whopping 11
of those chosen are Canadian-born.

I’d be very surprised if that’s now not
in fact the record for the highest ever
percentage of Canadian-born players
on a National U19 World Cup squad.

The preponderance of Canadian-born
players within the chosen 15 member
squad for next month’s 2022 U19
World Cup is a most encouraging
reflection of the ever-growing interest
for and involvement with cricket among
Canada’s school-aged youths. That’s a
significantly good omen for the future
of Canadian cricket.

What’s not so good and that which
must be addressed immediately after
this coming tournament, if not before,
is the existing major fallout of players
following their World Cup participation.

Within the past ten years, very few of
those players who have presented
Canada at previous World Cups have
actually then progressed further to
becoming members of the Canadian
National Men’s Senior team.

That statistical reality is indicative
of a significant loss of interest and
involvement among our players in
the 20+ age group. As a means of
maintaining and further developing
that interest Canada’s various cricket
Leagues, particularly those in Ontario
which is now still rightfully considered
to be the breadbasket of Canadian
cricketers, should perhaps consider
establishing a mandatory requirement
for all of their participating teams to
include at least 2 players under the age of
23.

Rhe implementation of such a policy
would ensure that players in the 19- 23
age range are actually afforded sufficient
match playing opportunities as a means
of maintaining their interest and active
involvement in cricket.

Ontario Cricket should also seek to take
the lead in organizing off-season overseas
tours for its very best U23 Players. Cricket
Ontario U23 All Stars tours to the US and
neighboring Caribbean countries should
,therefore, now become an annual feature
of the Province’s cricket calendar.

Such suggestions are for consideration in
the foreseeable if not immediate future.
What’s much more current is for all of us
to extend to your U19 World Cup bound
youngsters our very best wishes for their
every success during the tournament.

While doing so I would now also as well
extend my own very best wishes for a
Happy New Year to all of our Wickets
Readers!

Here’s to a bright, prosperous and
eventually Covid free 2022!
Cheers.

Mihir Patel At The Helm For Canada’s 2022 ICC U19 World Cup Glory Quest! 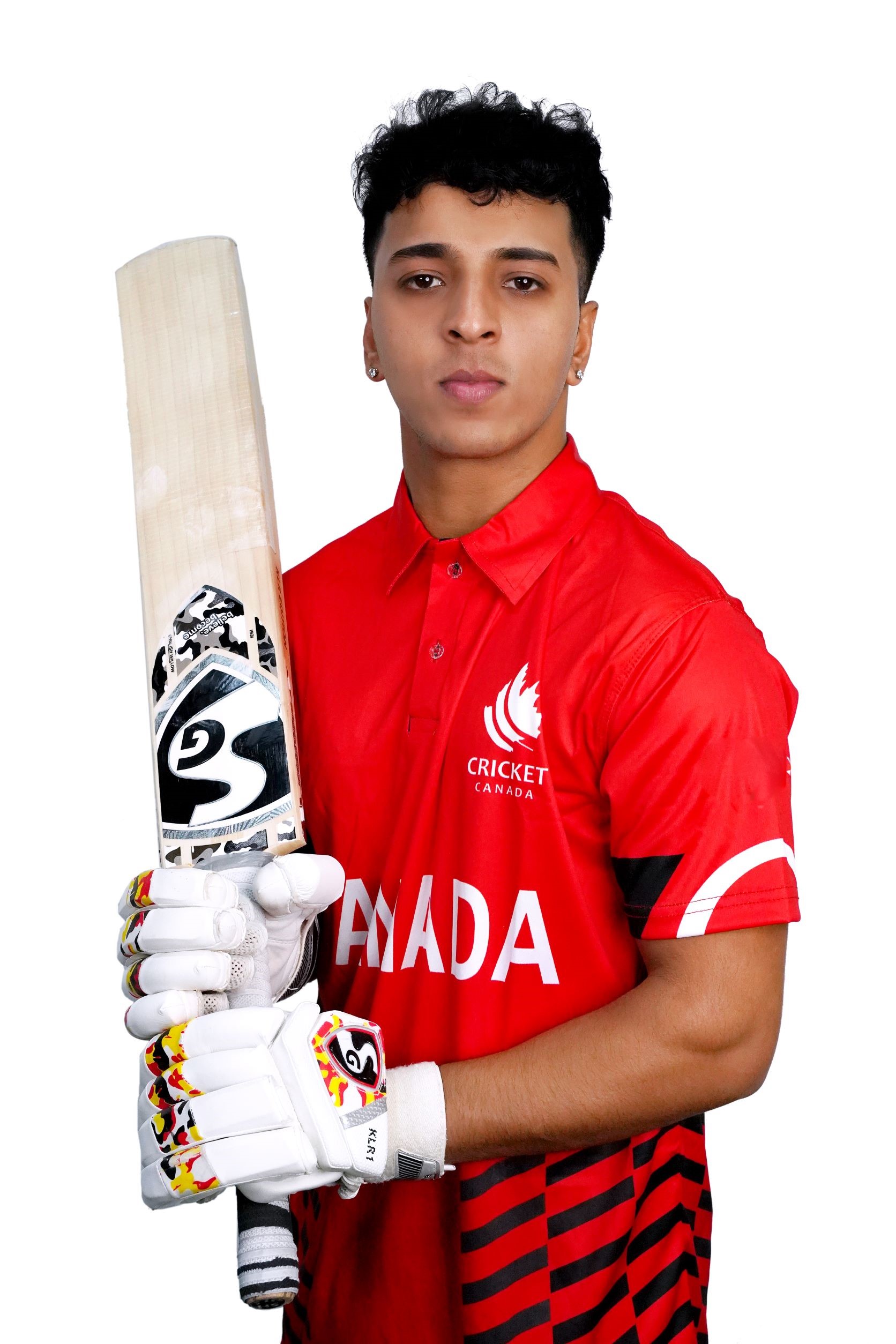 Mihir Patel At The Helm For Canada’s 2022 ICC U19 World Cup Glory Quest!

All rounder Mihir Patel who is