Cricket has been played at the University of Toronto’s Scarborough Campus (UTSC) for many years now for a long time now. For the past 18 years cricket participation at the Campus has been conducted under the stewardship of the UTSC Cricket Club.

The UTSC Cricket Club was founded on September 1st, 2014. Its primary objectives were two fold a) To have a club on campus which made cricket interested students feel at home and b) To take ultimately establish cricket as a Varsity sport.

Initially cricket’s growth within the walls of Scarborough Campus was steady, slow and never expanding beyond the campus. In recent years there has however, been an explosion of interest directly as a result of the Club’s far more dynamic activities.

The Club was for the first time able to form a team that played in the Ontario College Tape ball Tournament against teams from many universities and colleges in Ontario. By so doing it was also able to create history at UTSC. 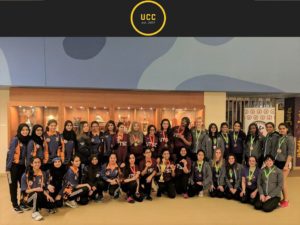 The Tri-Series became such a great success that the Club was able to host it again in 2019 and invite Ryerson and York to come play at TPASC at the Tri-series. UTSC again for the second time in the row in this Tournament played undefeated, en route to winning the Championship.

The UTSC Cricket Club has also been the proud organizer and host of the Toronto Cricket Post-Secondary League. The TCPL began on July-31-2019 after just one month of planning. The League was established to give student cricketers an opportunity to play in a outdoor cricket Competition.

Scheduled to be 2 months in length, the League provides University student cricketers with opportunities to play competitive indoor cricket. The League was organized with the collaboration of The UTSC Athletics and Recreational Department. In the inaugural year of TCPL, 4 teams participated in the League: UTSC, UTSG, McMaster University and Combined York/UTM. 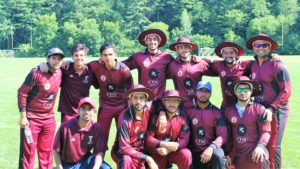 In addition to hosting these events the Club has also been impressively active in other area . The Club reopened its outdoor cricket ventures by hosting a Bi-Series against UTSG in 2018 on its home ground at the UTSC Valley, which they won. The UTSC Cricket Team has also played in the CCC Nationals Tournament, which had 12 universities and colleges competing in it. The UTSC Team finished second in that tournament.

The club has also taken the incentive with the UTSC Athletics on restarting and organizing TriCampus tournaments in which all 3 Uof T Campuses could take a part in and celebrate their love for the sport. In addition, to all of the foregoing the Club has also been striving to increase its interactions with many students on the UTSC Campus by hosting events such as the Annual India vs Pakistan Games, Female Students Cricket Coaching Sessions, Garba, Diwali and many others.