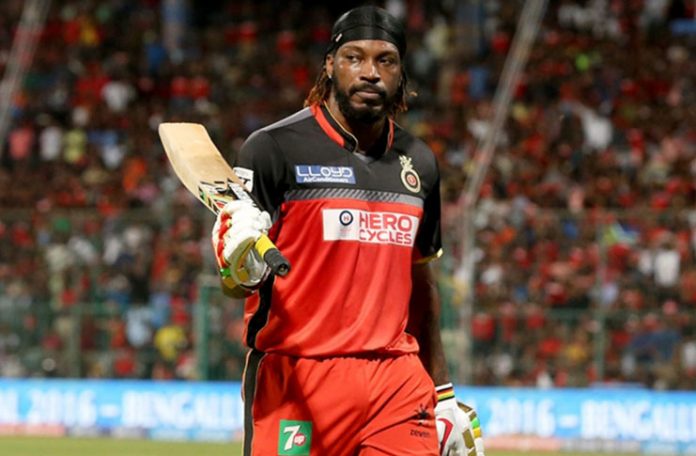 Chris Gayle wants to score 10 more T20 centuries.
WINDIES star Chris Gayle has continued to give indications that he does not intend to retire anytime soon, this time expressing the desire to score another ten T20 centuries.The 40-year-old West Indies talisman is already at the top of the list with 14923 runs inclusive of 24 centuries. Gayle had expressed thoughts about the possibility of retiring after the last World Cup, before picking a series in the West Indies against India as a final swansong.
The player has, however, apparently now had a complete change of heart even pushing back at some of those who have suggested it could be time to step aside. Gayle has since insisted, in various interviews, that he is feeling good and hopes to play another five years. In responding to a celebration of his achievements by cricket statistic website Crictracker, who pointed out the achievement of the most T20 centuries, Gayle insisted that there was more to come.
“10 more to come!” the player said in response to the celebratory tweet. With the World Cup fast approaching, Gayle has been out of action for his international team since last year but has continued to participate in various T20 leagues around the world. He is expected to take part in the upcoming IPL campaign