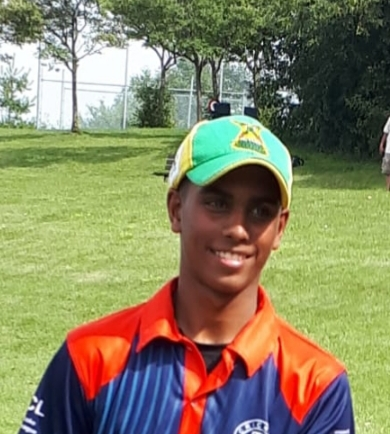 Matthew Rohan: Another Nadu Worth Watching Out For!

Growing up, Matthew Rohan Nandu was always at the cricket ground, it was like a second home to him. He grew up watching his dad, Arjune play. It was indeed Arjune who fashioned Matthew’s introduction to cricket. Ever since then, Arjune as Matthew’s dad, has always been his coach and says the youngster “that he will always be!”

Matthew has also been inspired by his brother, Marcus. He describes Marcus as a very hard worker who has never backed down from a challenge and one whom he Matthew doubts will ever back down from any challenges he may face in his lifetime. Marcus, says Matthew, is a person that if he wants to achieve something in life, he will put in the work to do so.

As such as his brother, Marcus has taught Matthew that in order to achieve success you have to put in the work. Their mom has also played a big part in the success that both brothers have had. She has supported them through thick and thin and has always been there to boost their confidence whenever they may be going through tough situations.

Ever since he was a small kid who loved the sport, Matthew’s cricketing idol was and still is Shivnarine Chanderpaul. Matthew has admired Shiv’s highly evident qualities of being patient, consistent and playing within the situation his team was in. Matthew’s dream as a kid was always to play like Shiv Chanderpaul and to have the same qualities as him as a batsman.

Matthew Nandu's cricketing role has always been that of an opening batsman. Although initially he didn’t have much interest in being a bowler, he has recently started to work very hard towards on both areas of his game. He now considers himself to be a genuine all rounder, who opens the batting and bowls first change. 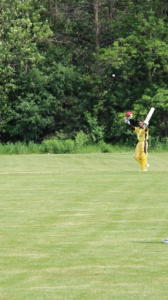 During August 2018, Matthew represented the Ontario High Performance U17 team which played against teams from across the GTA as well as one from Trinidad and Tobago. He had a pretty consistent Tournament, scoring a total of 225 runs at an average of 56.25 across 4 innings. His 225 runs consisted of a 62, 75, 7 and 81 respectively. Scores which helped the Ontario High Performance Team to win the 2018 Tournament.

Matthew says that even though he now already had his fair share of struggles in the past, he had learnt that in order to succeed you have to fail over and over again. He therefore recognizes that he will have hurdles and obstacles to overcome but the thing that matters is how fast he can get over them. He appreciates that he may have to overcome negativity along the way if he wants to succeed or do well in the future. His plan however will be to use that negativity to motivate himself to work even harder towards getting to the next level. He says that the only thing he can do is to hold his head down and keep moving forward.

Matthew Nandu’s adopted cricketing mission therefore is to continue to work hard and play cricket at the best of his ability towards the achievement of any goals that he has established for himself. As he pursues his stated mission, Matthew Arjune will certainly be “One To Watch!” 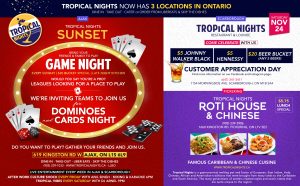