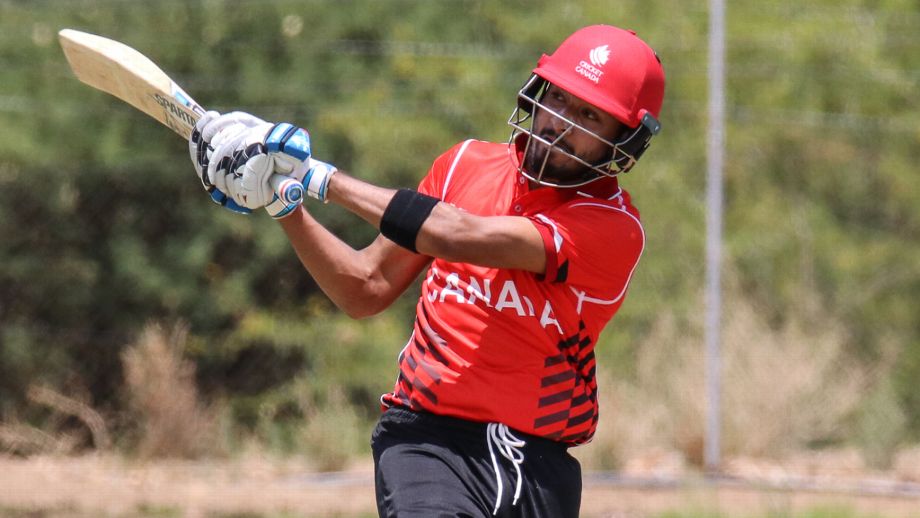 Canada Powelled Into Submission By 4 Wickets Loss To Jamaica!

An explosive hundred from captain Rovman Powell powered Jamaica Scorpions to a comfortable win over Canada and reinvigorated their chances in the Colonial Medical Insurance Super50 Cup when the two teams met at St Kitts' Warner Park for their November 16 encounter. Chasing 244 for victory, the Scorpions stumbled to 96 for four mid-way through their innings before Powell, the West Indies middle-order batsman, entered and took the run chase by the scruff of the neck, battering the Canadian bowling into submission.

The Jamaica captain blasted four fours and eight sixes in undefeated 100 from 67 balls. He dominated a fifth wicket stand of 92 with Nkrumah Bonner that got the Scorpions back on track before they coasted to a four-wicket win in their day/night, Group A contest.

Having won the toss and deciding to bat Canada led by another outstanding batting performance by Nitish Kumar, who scored 65 to register his second half century of the Tournament, eventually reached 243/7 at the end of their allocated 50 overs.  Rayan Pathan, back in the opening batsman's position, made 13 before he was bowled by Oshane Thomas, but Mehta and Kumar repaired the early damage taking the score past fifty in the 10th over without further loss.

Their partnership reached sixty before Mehta was caught behind for 33. Kumar was then joined by Thaker. They brought up the hundred in the 23rd over, Kumar reaching his personal half century soon after. Kumar continued in his rich vein of form with 65 from 62 balls that included four fours and one six before he was caught and bowled by Thomas

Asked to open the bowling with his left arm spin, Kanwar Mann struck immediately taking two wickets in his first over to leave the Jamaicans struggling at 1-2. The Scorpions lost wicketkeeper/batsman Aldaine Thomas and West Indies batsman Jermaine Blackwood for ducks within three balls of each other in the second over and were wobbling on 1-2.

Fuddadin, who had opened the batting with Thomas, then anchored two successive stands that put the Scorpions on the brink of the 100-run mark. He shared 52 with McCarthy and 43 with Bonner before his dismissal had the Caribbean side scrambling again on 97 for four.

Spin took the third wicket - Shahid Ahmadzai bowling McCarthy for 23, and shortly after Harsh Thaker had the Guyanese left-handed Fudadin caught behind for 37.

With Jamaica struggling at 97/4 in the 25th over, Canada seemed poised to create yet another massive upset result.  The Jamaican captain Rovmon Powell however had other ideas! 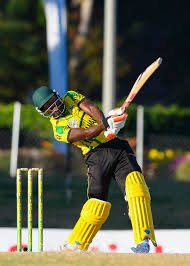 Powell announced his arrival with a straight six off the first delivery he faced from Harsh Thaker’s off-spin and continued to strike the ball with aplomb the remainder of the way.He took the attack to the Canadian bowlers, reaching his fifty from only 27 balls. Together with Bonner, he added 92 for the fifth wicket.

After Bonner was caught behind down the leg-side off Rayyankhan Pathan for a 58 ball 50 in the 36th over, Denis Smith strode to the crease to join his captain Powell. Smith added 38 with Powell for the sixth wicket before he was run out, backing up too far, by Pathan’s direct hit at the bowler’s end from mid-off in the 41st over.

By then the Jamaicans had however rushed to 227/6 in the 41st over. With 18 still needed, Powell having survived two chances from dropped catches during his innings kept his head to guide his side over the finish line. He eventually reached his hundred from 66 balls, when he drove Pathan for a single to long-on. Derval Green then formalised the result with a straight boundary off the next delivery from the same bowler with 39 balls remaining.

The result gave the Scorpions their second win in the tournament, moving them into third place in the group behind front-runners Barbados Pride and hosts Leeward Islands Hurricanes. The Canadians on the other hand were left to rue yet another missed opportunity for victory. They had fallen some 20-30 runs short of what would have been a far more challenging total and even worse had badly dropped Powell twice during his innings. The first chance was missed when Powell had only scored 42, the second came and went just before he reached his hundred.