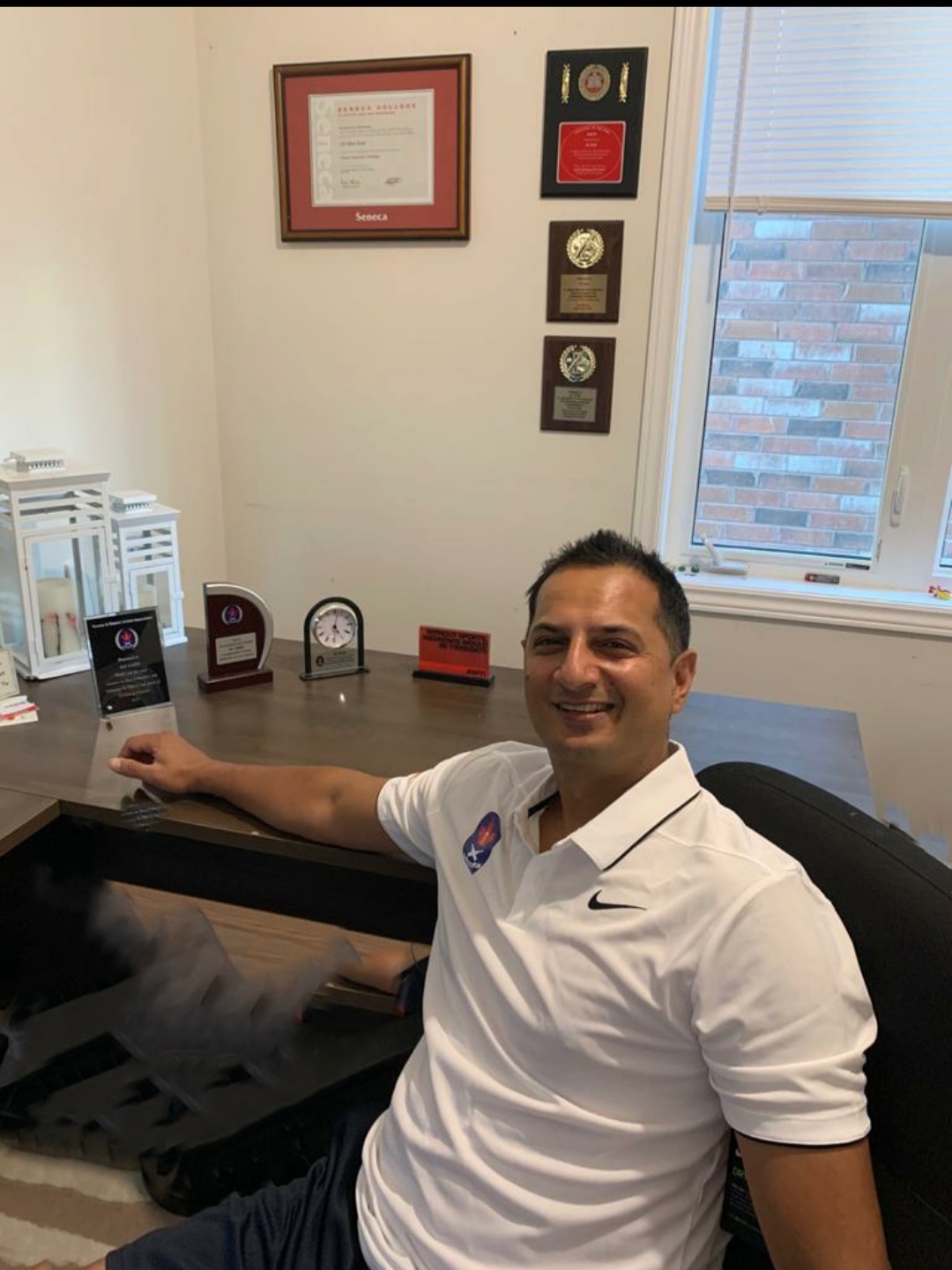 Ali Zaidi The Man of Many Numbers!

Ali Zaidi is an artiste. Only that in place of a musical instrument, he loves to play with
numbers. And Ali does it with a certain élan.
It has been over two decades that Ali’s family migrated from Pakistan. The beginning
was not easy for young Ali. The school system was new and, and so were his peers. The
adjustment to the new environment posed a challenge to young Ali. But Ali quickly
found ways to fit into the foreign language, culture, and school system. “It was tough
to adjust as it was a big change, but then I ran into other students who too were new
to Canada,” Ali reminisces with a nostalgic smile. Once the hesitation was over, Ali
developed an incredible friendship with all at the Lester B. Pearson School. This early
exposure to achieve success through difficult situations facilitated the development of two strong traits in his
character, namely, persistence and resilience, qualities that helped him facing many challenges in later life.

Despite the initial obstacles, high school was still
exciting. It was cricket that helped Ali to adjust faster
to the school. Soon after Ali joined the school cricket
team, the school authorities noticed him for his talent.
In academics too, Ali excelled in Mathematics and
Physics, subjects that caused nightmares to many
students. Good scores led Ali to specialize in Computer
Engineering and pursue IT Management from Ryerson
University and Seneca College, respectively.
The academic pressure was significantly
high, but Ali managed to take out time
to stay in touch with cricket. Ali’s
passion for the sport inspired him to
accept every responsibility that came
along with a smile. In High school,
besides being chosen for the Under 19
team, the dual responsibility of acting
as the Manager cum Coach came on
Ali, a role in which he shone by
earning several wins for his
team. Ali’s management
was based not on
he ar s ay or any
recommendations
but factual data on
the performance of
the players.
Anyone with a flair for the bat would have aspired to
be a successful cricketer. But Ali chose to be known as
someone who is unconventional and delves in a path
less traveled. It gave his self-respect a big boost.
The first big break came in 2005 with the Commonwealth
League when Ali assisted the League CCCAT(Canadian
Commonwealth Cricket Association of Toronto) as
Lead Scheduler and Statistician. He brought about
visible structural changes in the system with access
to better facilities and well- balanced schedules for
all the participating teams. In 2007, in appreciation
of his contribution as an administrator, on behalf f
the Board, Ali was awarded Executive of the year
by Leslie Soobrian, President CCCAT. Further
recognition followed when the prestigious Toronto
and District Cricket Association (T&DCA), the
largest cricket league in North America, invited
him to join as a Board member. The recognition
gave a significant mileage for the Indo-Pak
Cricket Club, the parent club, where Ali
remains a member till today.
It has been a decade that Ali has
been officiating as the Lead
Scheduler and Statistician with
T & DCA. Ali has enormous
responsibilities. It not only
includes monitoring all the big and small teams in Canada, scheduling the entire cricket season but, also has to do with maintaining all statistics
and scorecards up to date.
With no formal training, it is just by dint of his sharp analytical thinking and skills that Ali has reached a position
of prominence and respect. Throughout his tenure in T&DCA, Ali has assisted the Who’s who of Canadian Cricket
concerning several league matters, schedules, scorecards, etc.
At the international level, Ali represented his country at the 2008 T2o series in Canada in which Pakistan,
Canada, Sri Lanka, and Zimbabwe participated. This exposure allowed Ali the opportunity to interact with world-class players like Shoaib Akhtar, Shahid Afridi, Mahela Jayawardene, and Sanath Jayasurya, and engage in quality
discussions about cricket.Behind every success story, there is a tale of sweat,
determination, and countless hours of hard work.
And Ali’s story is no different. Each year there are
situations where there is a mismatch between the
scorecard and the actual data. Such gaps could cost
a playoff spot to the team and awards to players.
An ethical record keeper, Ali painstakingly studies
all data and strives on with diligence by reviewing
all statistics and scores and fix the errors. Besides,
there is also a considerable balancing act involved,
especially when smaller teams need rescheduling
to accommodate high profile tournaments like the
Global T20. Well versed in the ups and downs of the
nature of his work, the risks appear secondary to Ali
to the thrill of being the custodian of valuable cricket
records.
A self -taught statistician, Ali Zaidi’s talent has
blossomed through his hard work and dedication.
He has always strived to make life interesting for
himself by trying out different roles that connect
mainstream cricket with its offbeat counterpart.
“Learn from seniors, research, research, and validate
data. That’s key for all statisticians”, advises Ali as he
thanks his superiors and fellow board members,
especially his mentor, Mohammed Shaikh of Cricket
Canada.
Balancing an IT Career with a cricket statistician’s role
does make enormous demands on Ali. “You will never
feel happy at work until you are happy with life,” says Ali.
His love for the sport drives Ali to make plans to strike a
successful balance between his work, family, and cricket
life. With growing interest among Canadian youth about
cricket, Ali is optimistic that cricket has a good potential in
this great country of diversity. It is just that people have to
trust their potential and pursue it and, says Ali, “You won’t
believe what you can accomplish.”
Years ago, the role of a statistician was limited to mere data
processing. But in today’s day and age, the modern-day
statisticians are the people who help in decision making in
the face of uncertainty.
Ali Zaidi’s story is about talent and perseverance, and one
witnesses them all in his work as he plays with his numbers
with confidence, passion, and variation.

Nick Manohar: One To Watch!