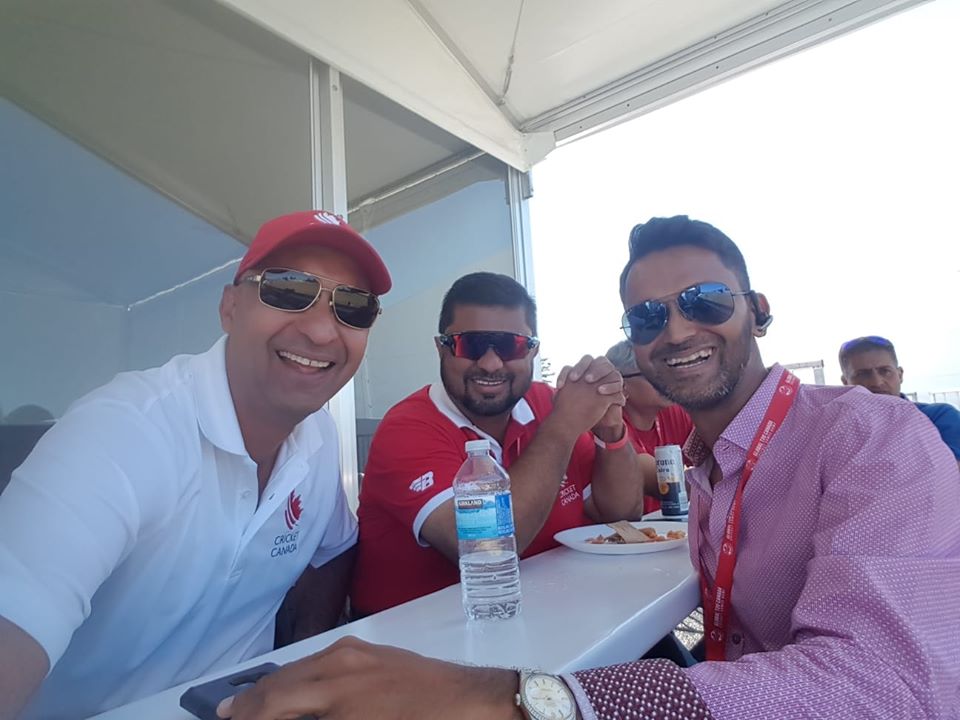 The composition of Cricket Canada’s Executive Board has been
changed as a result of the outcomes of the elections that were
held during the Associations June 27 Annual General Meeting.
Four positions were up for election at the AGM: the President,
Secretary and two Directors. Current Executive Board Members
Vice-President Rashpal Bajwa, Treasurer Charles Pais as well as
Directors At Large Harjinder Dhillon and Ranjit Chaudhri were
elected last year on two-year terms.
During the June 27, 2020 AGM the following Board Members
were elected: President - Raspal Bajwa, Secretary – Farhan Khan.
Directors – Mohammed Shaikh and Amjad Bajwa.
The newly elected President, Rashpal Bajwa, has been Vice-
President of Cricket Canada since 2016, His previous experience
had been within Cricket BC’s administration. He had also served
with the BC Mainland League and later as President of Cricket
BC.
Elected Secretary Farhan Khan, is
professionally employed as an Ernst &
Young Manager. He has also had volunteer
experience with the Toronto Cricket Club,
the TDCA and Cricket Ontario. Farhan
Khan has also served as President of the
Canadian Corporate Cricket League, as a
TDCA Vice-President and as a Director of
Cricket Ontario.
Re-elected Director Mohammed Shaikh,
has been a long term Cricket Canada Board
Member in addition to his long serving
role as President of the TDCA. Shaikh was
a major player in the formulation of the
Annual Global T20 Tournament. Joining
Shaikh Mohammed as the other elected
Director will be Amjad Bajwa, Cricket BC’s
current President.

Ali Zaidi The Man of Many Numbers!