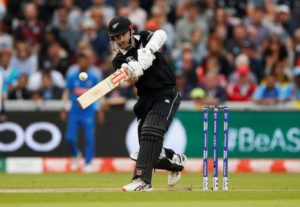 As New Zealand’s captain, Kane Williamson has continued to reinforce his already well established reputation as one of international cricket’s top three batsmen, India’s Virat Kholi and England’s Joe Root being indisputably the other two. Williamson led his Kiwis all the day to the final with his outstanding batting, which yielded 548 runs, including two centuries, at an average of 91.33.

As a right-handed batsman and an occasional off spin bowler, Williamson also captains the Sunrisers Hyderabad in the Indian Premier League. Williamson plays for Northern Districts in domestic cricket in New Zealand and has played for both Gloucestershire and Yorkshire in English county cricket.

The Sunrisers Hyderabad signed Williamson on 6 February 2015. He played a major role in the Sunrisers winning the 2016 season title and was retained for 2017.

In the 2018 IPL Auction, he was retained by the Sunrisers and on 29 March 20, he was announced captain of the Franchise replacing David Warner. Under Williamson’s captaincy Sunrisers Hyderabad finished runners-up after Chennai Super Kings defeated them in the final by 8 wickets, he also won the Orange Cap for scoring the most runs (735) in the 2018 IPL season.

In June 2019, he was selected to play for the Edmonton Royals franchise team in the 2019 Global T20 Canada tournament. 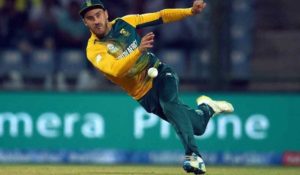 Du Plessis was on a 6-month contract with Lancashire for the 2008 season starting in April as a Kolpak player after impressing the board with good performances in the local Nottinghamshire leagues for Mansfield Hosiery Mills and in the Lancashire League for Todmorden. Following his six-month stint with Lancashire, du Plessis signed a new three-year deal with the club. Lancashire coach Mike Watkinson praised du Plessis’ fielding, saying “if there’s a better fielder in county cricket I’ve not seen him this season”.

In March 2010, it was announced that du Plessis would no longer be allowed to play for Lancashire as a Kolpak player after changes to the Kolpak rules. In 2011, he was signed by the 2010 IPL Champions Chennai Super Kings at the Indian Premier League player auction.

Du Plessis had a very successful season with the Chennai Super Kings scoring 398 runs in IPL 2012. In June 2019, he was selected to play for the Edmonton Royals franchise team in the 2019 Global T20 Canada Tournament. 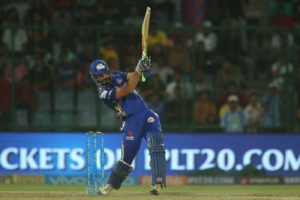 A fast bowler and productive lower-order batsman, Ben Cutting was on the verge of Test selection in 2011-12 when he was named in Australia’s squad during their home series against New Zealand. But instead of winning a baggy green, he had to settle for experience around the squad, and the following summer made his debut in ODIs and T20 internationals against Sri Lanka. Capable of creating steepling bounce from his 1.92m height, Cutting owns two types of bouncer, including a very fast one which often surprises the batsmen. His standout summer was 2009-10 when he topped the Sheffield Shield wicket tally with 46 at 23.91, and he was again near the top of the list in 2011-12. Although he has struggled to hit those heights again, Cutting remains a valuable all-round performer for Queensland.