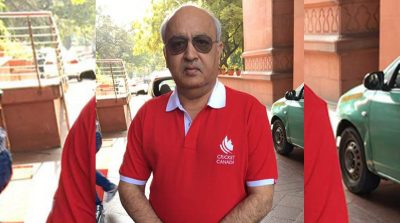 2018 has been a very good year for Canadian Cricket. As its governing body Cricket Canada ‘s Board of Directors can reflect on 2018 with a justifiable sense of pride for having accomplished the greater majority of the objectives we had established for ourselves at the beginning of the year.

2018, was a year when Cricket Canada began its long march towards becoming a Cricket nation. Towards that end we developed, approved and began to implement our strategic plan to become a leading Cricket nation. A new and modernized governance system has now been established and we are now in the process of incremental implementation of that system. A few committees have been set up, some are already functioning while others are ready to go through the training required before they can start working. One of the most successful and highly operational committees of 2018 has been the Women’s Program Committee.

Canada’s youth cricketers delivered an outstanding performance in the New Zealnd hosted 2018 ICC CWC U-19, finishing ahead of all the other Associate countries. The preparations for the next U-19 ICC CWC are already under way and many hopefuls will be vying for selection to the Cricket Canada U-19 squad. Cricket Canada is also currently in the process of selecting its National Senior, Development, Women’s, U-19 and U-17 High Performance Squads. These High Performance grid squad participants are all expected to begin training in January 2019.

Canada became an overnight worldwide news sensation through the successful staging of Global T20 Canada. In its capacity to attract some of the world’s very best players and by its record of having generated a worldwide television audience that was in excess of 200 million viewers, Global T20 was undoubtedly a tremendous success. Even more heartening were the highly commendable performances of the Canadian players who participated in some of the matches.

2018 also witnessed Cricket Canada’s successful hosting of its inaugural Cricketfest, involving three Canadian teams and a West Indies B Team. On the distaff side there was also the successful launching of the first ever Women’s Championship. There were also some outstanding individual performances by Canadian players during Canada’s “Red Army” participation in the Cricket West Indies Regional Super50 Competition.

These are just some of the most notable highlights of Cricket Canada’s 2018, which can now be accurately described as having been in so many ways “extraordinaire!” I want to make a special note of thanks and appreciation for the hard work and support provided by the members of the Board of Directors in accomplishing such major milestones in 2018.   I must also thank the Government of Canada, under the leadership of the Rt.Hon. Prime Minister Justin Trudeau, for its outstanding support of Global T20 Canada.

With such a wonderful foundation to build on we can now all look forward with optimism to 2019 with the hope that will be an even more exciting and fulfilling year for Canadian Cricket. I have every confidence that come this time next year we will indeed have many ticks to indicate our successful completion of any even longer list of notable achievements!

In the interim, on behalf of myself, my fellow Board Members and our Cricket Canada staff, I wish you all a most enjoyable Christmas Season and our very best wishes for a Happy and prosperous 2019. We look forward to your continued involvement in and support for Canadian Cricket in the New Year.

Exciting Times Ahead For Canadian Cricket In The 2019 New Year!