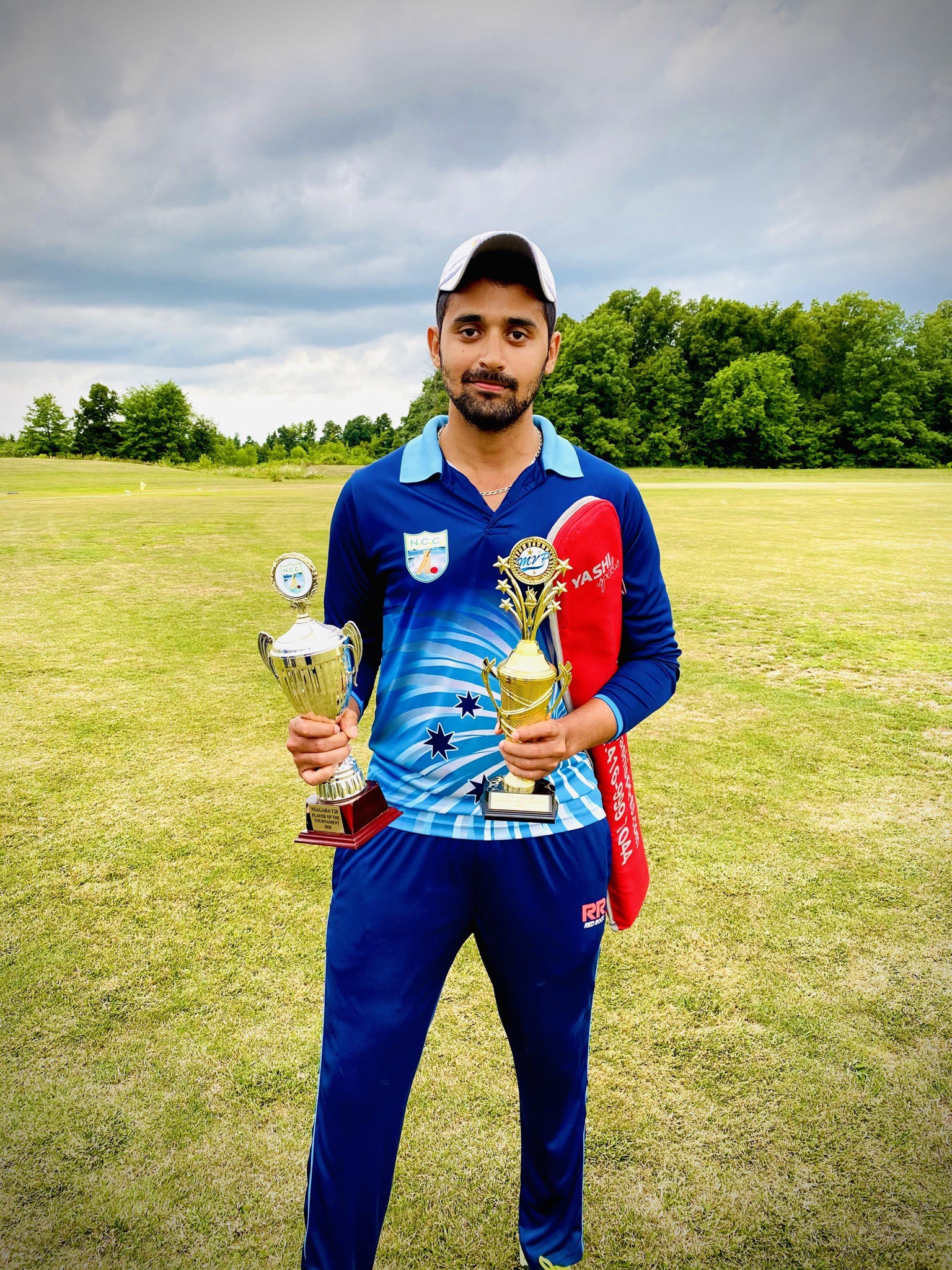 Indian born in the cricket crazy City of Chennai, Aaditya Varadharajan has certainly been making a name for himself and by so doing attracting the attention of the Canadian National cricket Selectors since his 2016 immigration to Canada. Having just celebrated his 29th birthday this past July 24, Varad now plays his Canadian cricket as Captain of the Centurions Cricket Club’s Toronto & District Super9 League Captain.

Varadharajan outstanding performances within the past two to three years, with both bat and ball as a left-handed opening batsman and right-hand offspinner, have certainly merited his consideration for Canadian National team selection in the immediate future. In the recently concluded Niagara Cricket Festival, one of the very few Tournaments to be actually and successfully staged this year after COVID19’s disruptive effects, Varadharajan was the Highest RunGetter, Best Batsman and MVP! He scored 221 runs from 5 innings at an average of 73.67 and with a whopping 163.70 strike rate at the Festival, during which he also struck 18 fours and 10 sixes!

Varadharajan had also emerged as the Highest Run Getter in the T&D Super9 League for both the 2019 and 2018 Seasons. His T&D tallies for Seasons played and across all formats stands at 2293 runs and 68 wickets from just 73 matches played.

Aaditya’s interest in and involvement with cricket first started at age 8. It wasn’t until his selection to the Tamil Nadu State U13 team however, that he came to the realization that there could actually be a meaningful future to his involvement should he become serious about his cricket, which not surprisingly he did. It was perhaps far more surprising that it had actually taken him that long, as cricket has always run in his family. His cousin Ramasamy Prasanna who had previously captained the Tamil Nadu team in India’s famous annual Ranji Trophy Championship, now still functions as the Club’s fielding coach.

Varadharajan studied in Padma Seshadri Bala Bhavan, one of the prestigious schools in Chennai which also encourages sports. The school team’s Coach, Mr. Ashok Anand, impressed as he was by Varadharajan’s obvious talents had him enrolled at his Kedar Cricket Academy at the age of 9. Aaditya grew up playing cricket at the Academy and subsequently representing Tamil Nadu at the various U13, U16, U19 and U22 age categories.

Aaditya’s family and friends have definitively been a great support system throughout his cricket career. The support he received then and since from Balaji Rao, a former Canada/India A player, Anirudha Srikkanth the Chennai Super Kings/India A batsman and Aaditya’s former opening partner at Kaaraikudi Kaalai, Rohith Damodaren the current Pondicherry Ranji Trophy Captain and Senthilnathan Mylvahanan the MRF Head Coach and Tamil Nadu Ranji Trophy Selector, who have all played major roles in the further development of his cricket career, has been both outstanding and crucial.

In addition to playing for the Toronto based Centurions, Varadharajan has also plied his cricketing talents in other overseas based Leagues. He was drafted by the Madurai Panthers for the Tamil Nadu 2020 Premier League and also by the Arkansas Titans for the 2020 US Open Tournament.
His ultimate cricket ambition however remains as becoming a valued, regular member of the Canadian National team and by virtue of his performances helping Canada to qualify for the ICC World Cup in both formats. Based on his outstanding performances to date who would now doubt that at the very least the first of those lofty listed ambitions will actually soon materialize!

Ashmead Nedd: A Star on the Rise

Coach’s Corner: The Importance of Physical Fitness In Cricket!