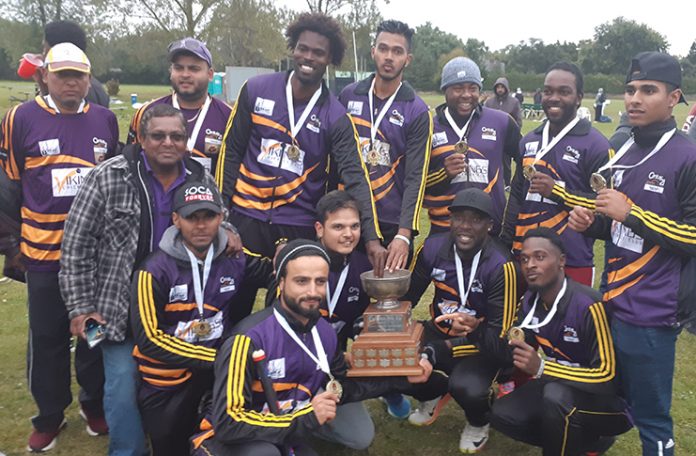 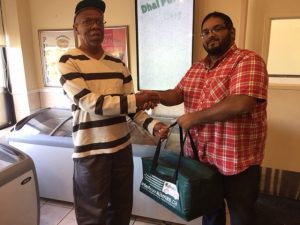 As per the Competition’s publicized rules, Halley was duly presented with his Alima’s Roti Prize Pack, which consisted of a branded cooler bag filled with packages of dhalpuris, paratha rotis, doubles and two containers of frozen foods. The presentation took place at Alima’s Roti’s, Kenview Rd Brampton Headquarters on Tuesday, October 16.

The Alima’s Roti Candid Camera Photo Competition will continue with the October Month Winner to be featured in Wickets next Issue, due out by mid-November. The deadline for entries will be Friday November 3. All entry photos should be sent via email to graphiclyn@gmail.com and should include both the name and telephone number of either the Sender or Photo Owner.